O Christmas Tree! This one is worth $15.5 million

Covered in diamonds, jewels, gold and real ostrich eggs, it may be the most-expensive Christmas tree in history. 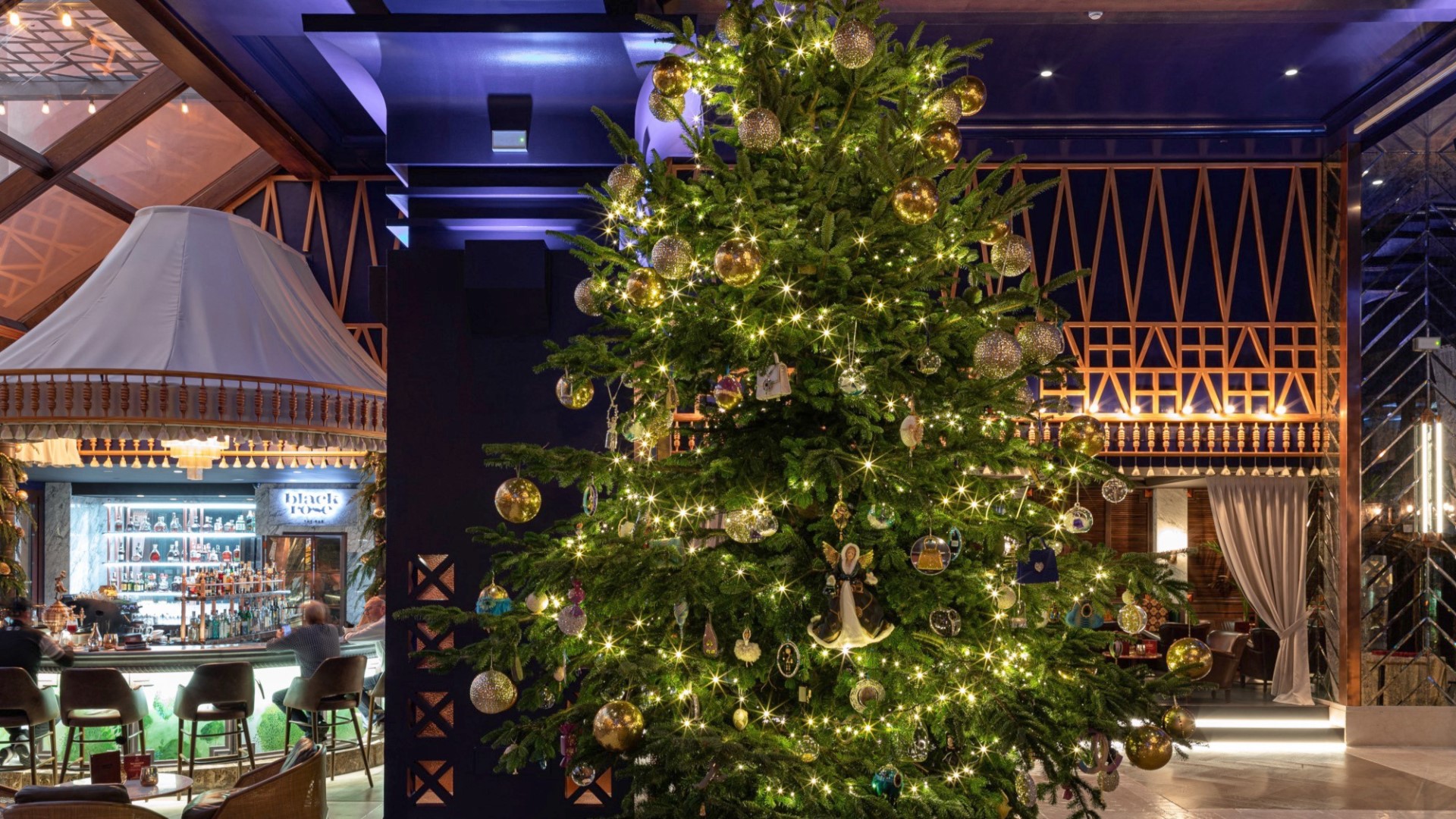 A tree adorned with millions of dollars of diamonds, crystals, gold and precious jewels in Spain may hold the record for the most-expensive Christmas tree in history.

The tree, designed by Debbie Wingham, is on display at the Kempinski Hotel Bahia, near Marbella. The hotel claims the tree is worth just over $15.5 million.

According to CNN Style, the tree is decorated with red, white, pink and black diamonds, as well as jewelry from Bulgari, Cartier, Van Cleef & Arpels, and Chanel. It also reportedly has bottles of perfume, 3D-printed chocolate peacocks, and real ostrich eggs that are decorated with Swarovski crystals and gold-leaf and diamond dust.

One of the ornaments alone costs $5.5 million, according to The New York Post. Another feature is a fake $1 million bill and $100,000 bills that are embossed in 24-karat gold -- coming in at a total cost of $1.3 million.

The Post also notes that there is a red oval diamond which could pay for 1,000 Habitat for Humanity homes, and a 3-carat pink diamond worth $2.6 million that could feed more than 1,500 infants for a year.

Wingham is considered one of the world's most expensive designers. Her website says her creations have been seen on "Sex and the City" and "Desperate Housewives."

A tree worth $11 million that was displayed at the Emirates Palace in Abu Dhabi in 2010 holds the current Guinness World Record for most-expensive Christmas tree. It was covered with 181 pieces of jewelry and stood 43 feet tall.