Diamond found with another diamond inside it

It's believed to be the first of its kind ever found. 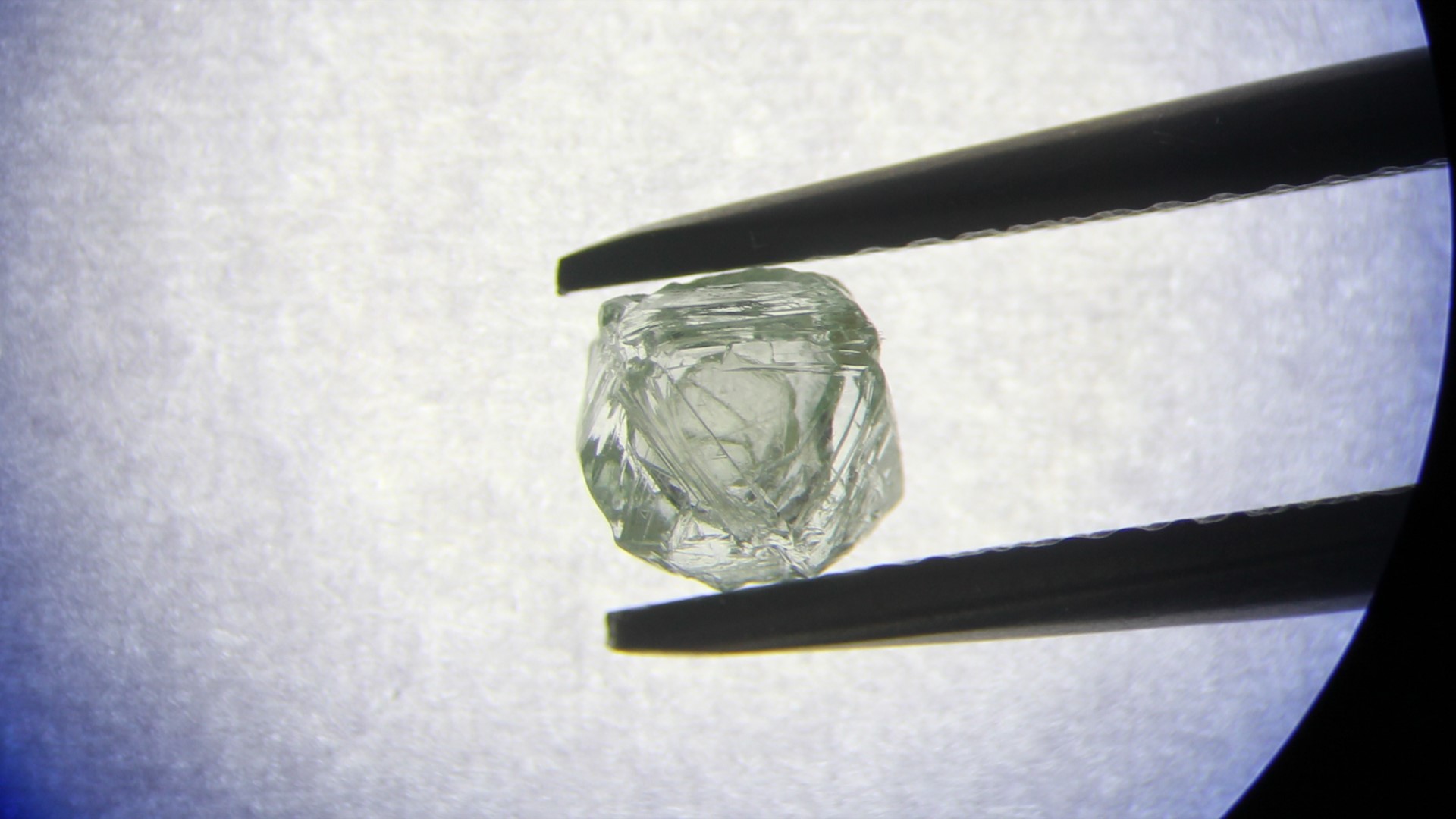 In what may be a first in the history of diamond mining, scientists have found one diamond that has another diamond moving around freely inside of it.

Mining company ALROSA says it was found in Siberia during the sorting process. ALROSA says its scientists believe the diamond may be over 800 million years old.

They believe the internal diamond formed first, then the external one formed during subsequent stages of growth.

"We have two main hypotheses. According to the first version, a mantle mineral captured a diamond during its growth, and later it was dissolved in the Earth's surface. According to the second version, a layer of porous polycrystalline diamond substance was formed inside the diamond because of ultra-fast growth, and more aggressive mantle processes subsequently dissolved it," Oleg Kovalchuk, Deputy Director for innovations at ALROSA's Research and Development Geological Enterprise, said in a company statement.

RELATED: Carrot proposal: He planted her ring in the garden. Months later, she pulled up a surprise.

RELATED: Woman swallowed engagement ring while dreaming about her fiancé

"This is really a unique creation of nature, especially since nature does not like emptiness," said Kovalchuk.