5 mountain lions together on video in rarely seen moment

Wildlife experts say you might normally spot three together at most due to their solitary nature. 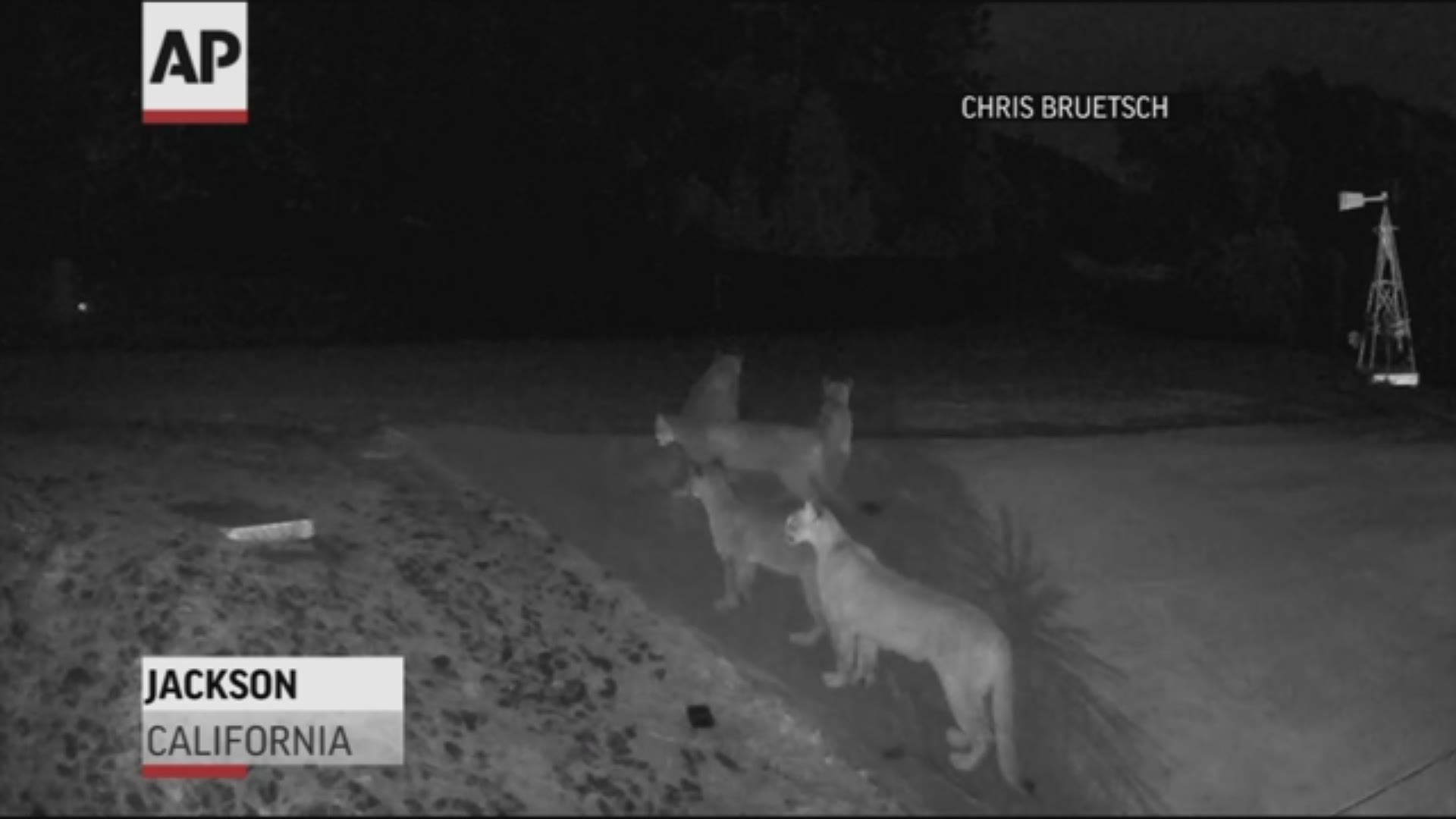 Five California mountain lions were seen together on home surveillance video in a rare gathering of the notoriously solitary big cats.

The footage was recorded at a rural residence at the edge of the El Dorado National Forest east of Sacramento.

A California Department of Fish and Wildlife spokesman called the images “extraordinary.”

RELATED: TIPS: What to do if you encounter a coyote

RELATED: Video: Octopus had bald eagle in death grip until fishermen stepped in

One of the cougars is bigger than the others, so scientists speculate it's the mother lion. The others are likely her cubs, but the agency doesn't believe all of them are from the same litter.

Mothers often chase off their cubs after a year, so seeing a family of them is uncommon, he said.

According to biologists, the only time mountain lions are spotted together is either during mating season or when a mother is raising her cubs, but typically only three at most are seen together.

With more home surveillance systems going up, biologists are getting more images of mountain lions in their habitat than ever before, wildlife officials said.