Giuliani to activists: Pressure Michigan Legislature to give electoral votes to Trump

Rudy Giuliani suggested that criticism and even threats are required. Joe Biden won the state by 154,00 votes. 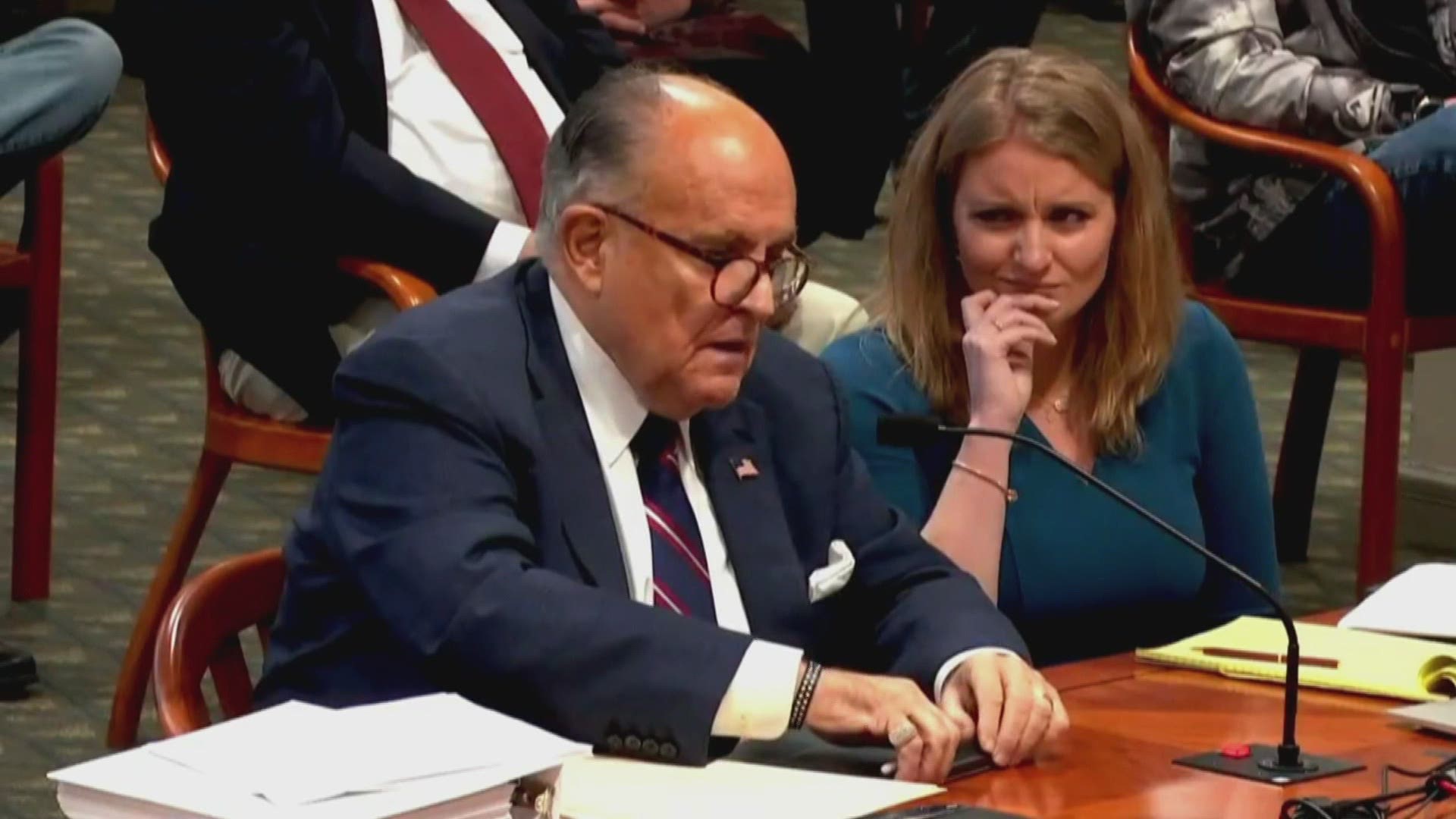 Rudy Giuliani made baseless claims of “massive fraud, all over the country," before testifying to a Republican-led legislative committee. Just a day before, Attorney General William Barr declared the Justice Department had uncovered no evidence of widespread voter fraud that could change the outcome of the 2020 election.

GOP legislative leaders have said they will not try to replace Michigan's electors.

Giuliani said the U.S. Constitution empowers legislatures to appoint electors directly, even though the Legislature long ago passed a law allotting them to the popular vote winner. Biden won the state by 2.8 percentage points. The result was certified by the state's bipartisan election board last week.

“They're the ones who should have the courage to step up,” Giuliani said of lawmakers during a virtual event hosted by the Michigan Republican Party. “You have state legislators who are so frightened that they have a hard time focusing on it. You have got to get them to remember that their oath to the Constitution sometimes requires being criticized. Sometimes it even requires being threatened."

Senate Majority Leader Mike Shirkey, who was among GOP legislators who attended an extraordinary meeting with Trump at the White House less than two weeks ago, reiterated Tuesday that the Legislature will not undermine the voters' will.

“We will follow the law and follow the normal process regarding Michigan’s electors,” he tweeted. “Assertions that Michigan legislators have authority different from what is expressly found in state law are inaccurate. Any change would require intervention by our courts.”