Bloomberg’s aides say his decision to focus on Florida just two months out was in line with the billionaire’s overall strategy to make the best investment. 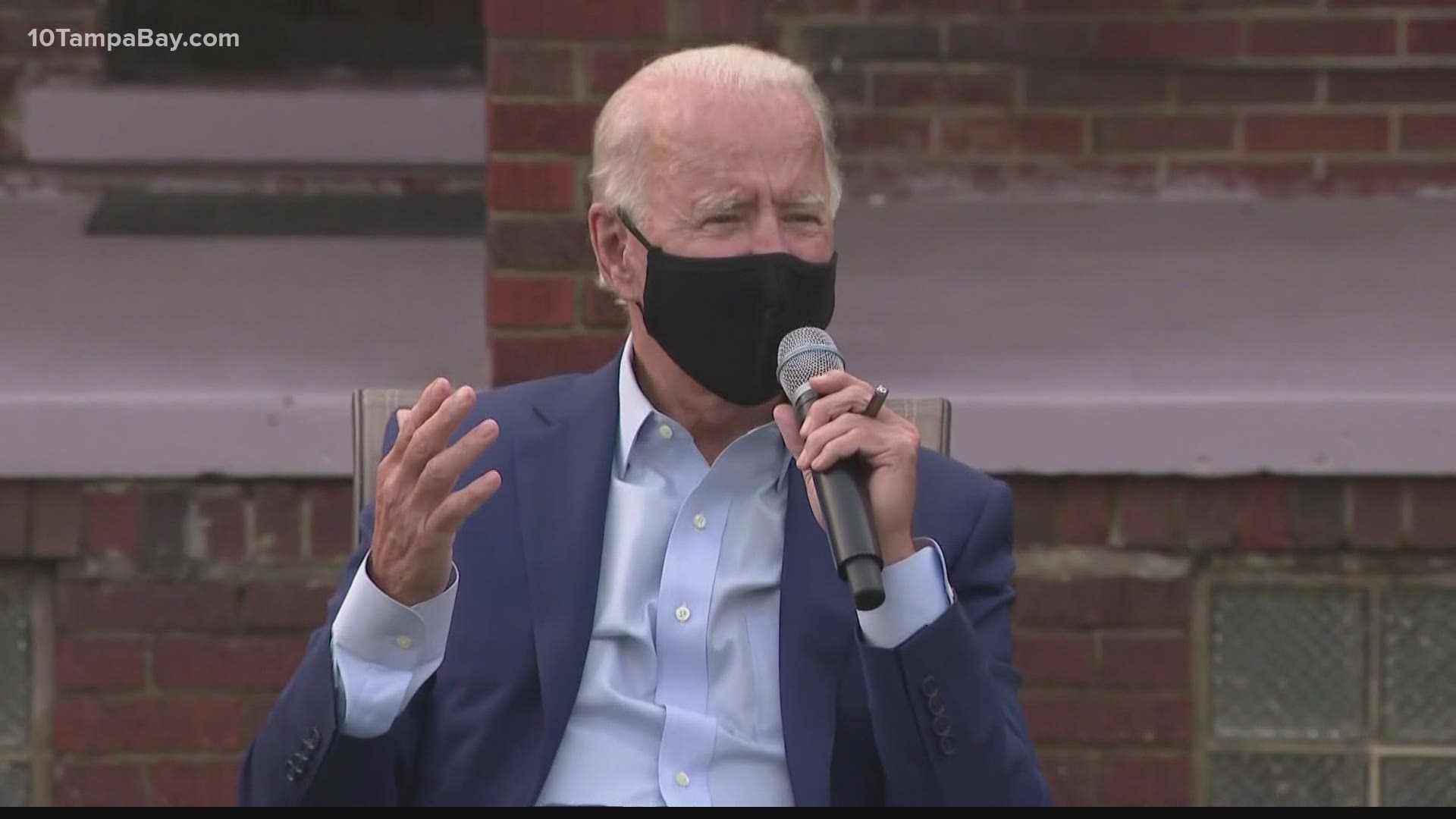 WASHINGTON — When billionaire Mike Bloomberg ended his presidential campaign in March, he pledged to spend “whatever it takes” to help Democrats defeat President Donald Trump. Less than two months before the election, he's finally coming through.

Facing questions about whether he would fulfill his promise, Bloomberg moved over the weekend to direct $100 million to Florida alone in support of Joe Biden. It's a massive sum on par with the resources he poured into helping Democrats retake the House in 2018 and could put Trump on defense in a state that is critical to his reelection.

Billionaire donors have long played a central role in supporting both parties. Yet no one has proposed pumping so much cash to support a presidential campaign in a single state. Bloomberg's allies say the investment is in line with his longtime strategy in business and politics: to make the most impactful investment, based on the best data, at the right time.

“Mike Bloomberg is an impact player,” said former Philadelphia Mayor Michael Nutter, who served as a co-chair of Bloomberg’s presidential campaign. “He’s looking across the field. He takes in the data. He looks at the evidence, does the analysis and then determines where to best have his impact to change the course of an election. That’s why he decided to invest so heavily in Florida.”

RELATED: Bloomberg to spend at least $100M to help Biden in Florida

Bloomberg’s advisers say his Florida investment offers multiple benefits for Democrats: It frees up Democratic cash, allowing the campaign and outside groups to focus on other key swing states; it requires Republicans to spend more heavily to make up for the disparity there; and a decisive win by Biden in Florida could help tamp down efforts most Democrats are expecting from Trump to discount the results of the election.

Florida election officials can start counting absentee ballots weeks before Election Day, which means they’re typically able to report those results — which tend to favor Democrats — that night. And Trump has praised Florida’s mail ballot system, meaning if Biden wins there, it will be tougher for Trump to reverse course on the state.

“It’s pretty important for the democracy if Biden does win for us to be able to call Florida on election night,” said Kevin Sheekey, Bloomberg’s longtime adviser.

Still, Bloomberg isn't necessarily a natural fit to help Democrats. Initially a Democrat, he became a Republican in 2000 ahead of his first run for New York City mayor. He left the GOP in 2007 and wasn't affiliated with either party until registering as a Democrat again last year.

He won praise from some Democrats for his work during the midterms and in support of gun control. But his reputation took a hit during his presidential campaign when he faced scrutiny over past comments and treatment of women and Black people along with accusations that he was using his own money to buy the White House.

After spending $1 billion on his own campaign, Bloomberg won just one primary contest: American Samoa.

He received more negative attention after leaving the race for laying off campaign staffers he’d promised to employ through November. And after an initial transfer of $18 million in leftover campaign funds to the Democratic National Committee, many party leaders started to question whether he’d renege on his pledge to spend big defeating Trump as the months ticked down.

His Florida investment has tempered those criticisms, but some privately still grumble that it took him until the final months of the race to engage.

“The guy has an ego as large as anybody’s. It took him a while to get his feelings unbruised,” said John Morgan, a major Democratic fundraiser and plaintiffs’ attorney in Florida, who added that Bloomberg nonetheless has the opportunity to deliver a “knockout blow” to Trump if Biden ends up winning Florida.

Bloomberg’s aides argue that the billionaire businessman has been involved from the start of his own campaign, noting the money he spent on anti-Trump advertising — $275 million, according to their tally.

And they say that, beyond Florida, Bloomberg is one of the Democratic Party’s biggest funders.

One of the groups he has founded and funds, Everytown for Gun Safety, has committed to spending $60 million on elections this cycle, and Bloomberg himself has pledged another $60 million to support Democrats in House races. He’s already delivered $11.4 million to House Majority PAC, the major Democratic super PAC helping elect Democrats to the House.

Bloomberg has also invested an additional $35 million in Hawkfish, the voter data outfit he launched, to help Democrats counter Trump’s massive digital organization. Hawkfish is working with the DNC and at least two major Democratic super PACs on their voter data and targeting operations.

And while the businessman has not yet committed any money to helping Democrats take back the Senate, Nutter said to stay tuned. Bloomberg’s team, he said, is watching the data.

“There are a lot of things under consideration right now,” he said.

Bloomberg’s advisers say they are still working out the details of how they will spend the money in Florida. Much of it will go to TV and internet advertising, as well as Latino-focused get-out-the-vote efforts. They also plan to invest significantly in existing groups that have already built infrastructure, and Hawkfish will be involved in making a number of the spending and advertising decisions, particularly around educating voters on mail-in voting.

Some of the spending is aimed, however, at helping Biden make up for what some Democrats say is an unexpected deficit in Florida. Many say Biden, who visited the state on Tuesday for the first time since becoming the nominee, has not reached out enough to Hispanics in particular.

“It has gotten closer,” said Manny Diaz, a former Miami mayor who is advising the new Bloomberg effort in Florida. “We see a narrowing because there is a vacuum right now. And what is going to be important over the next 50 to 60 days is to fill that vacuum.”

And while national Democrats have eschewed knocking on doors because of the pandemic, some of that money will trickle down to groups that are actively doing so, Diaz said.

“People like to see that there’s excitement," he said. “The TV at one point becomes just noise.” 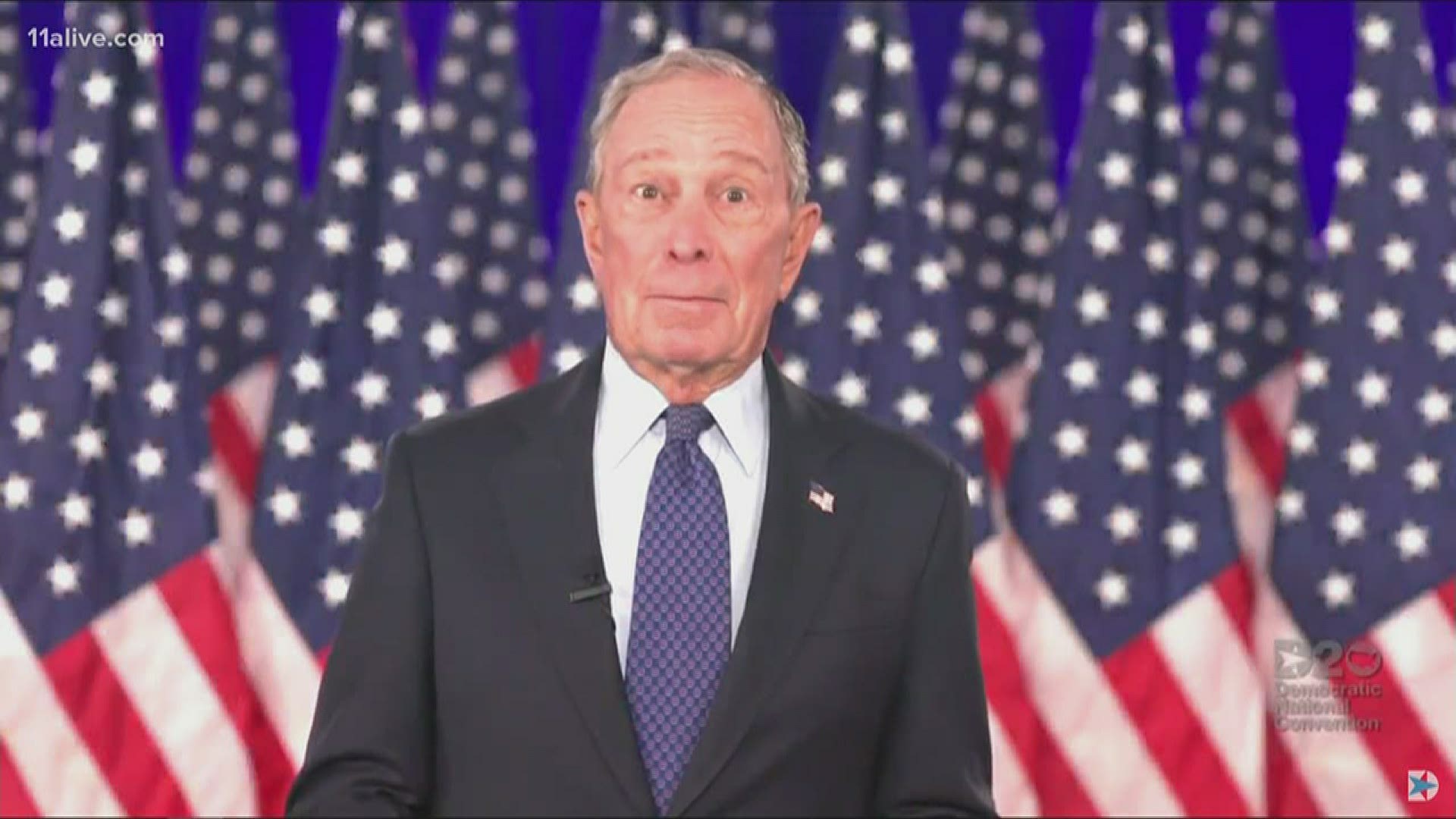