If Barrett joins, Supreme Court would have six Catholics

Roman Catholics account for a bit more than 20% of the U.S. population. Yet they are on track to hold six of the Supreme Court’s nine seats. 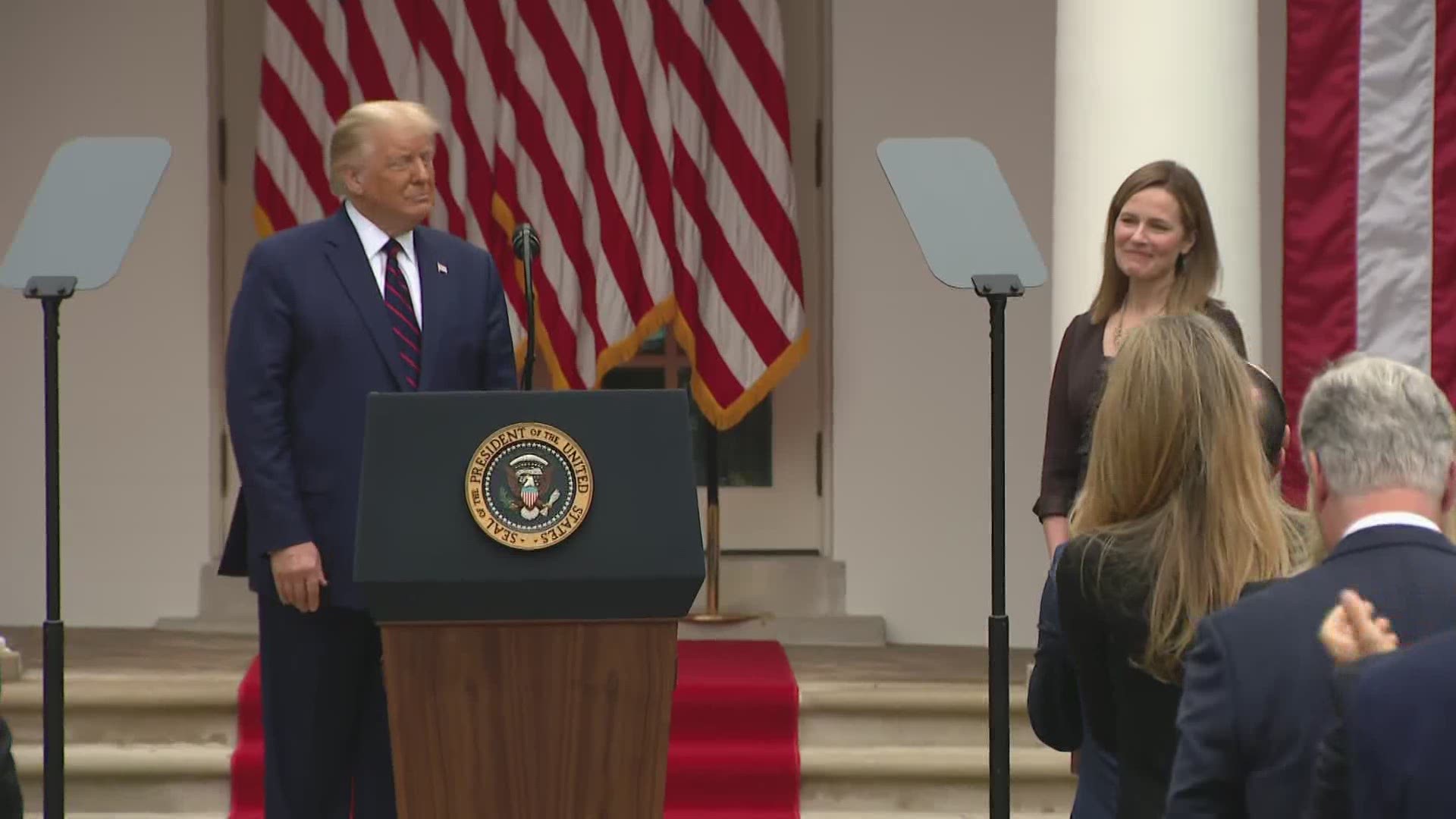 WASHINGTON — Roman Catholics account for a bit more than 20% of the U.S. population, yet they are on track to hold six of the Supreme Court’s nine seats now that President Donald Trump has nominated Amy Coney Barrett to fill its vacancy.

It’s a striking development given that the high court, for most of its history, was almost entirely populated by white male Protestants. Catholic academics and political analysts offer several explanations for the turnaround – related to Catholics’ educational traditions, their interest in the law, and – in the case of Catholic conservatives – an outlook that has appealed to recent Republican presidents filling judicial vacancies.

Barrett, a favorite of conservative activists for her views on abortion and other issues, will likely be an ideological opposite of liberal icon Ruth Bader Ginsburg, the Jewish justice whose recent death created the vacancy.

Margaret McGuinness, a professor of religion at La Salle University in Philadelphia, noted that Sonia Sotomayor is the only current Catholic justice appointed by a Democrat. The others — Chief Justice John Roberts, Samuel Alito, Clarence Thomas and Brett Kavanaugh and likely Barrett – were appointed by Republicans.

“They were appointed because they were conservative, not because they were Catholic,” said McGuinness. She said Republicans sought nominees who’d be part of an effort to overturn the 1973 Roe v. Wade decision, which established a nationwide right to abortion.

Catholics also are well-represented in Congress — holding just over 30% of the seats. Yet there's still been only one Catholic president, John F. Kennedy. Trump's Democratic rival, Joe Biden, would be the second if he wins.

Charles Camosy, a professor of theological and social ethics at Fordham University, suggested that education was a factor in the high proportion of Catholic justices.

“For many decades in the United States, Catholic schools were a much better option for serious students than were public schools, and in many cases still are,” he said. “It is possible that this accounts for a disproportionate number of Catholics getting into very good colleges and then into very good law schools.”

Camosy also observed that the Catholic population in the U.S. “is wildly, almost impossibly diverse.”

“Catholics find themselves on the far left, on the far right, and everywhere else,” he said. “No one should worry that Catholics on the Supreme Court will all agree with each other about matters of legal interpretation.”

He cited Sotomayor, with liberal views, and Thomas, a staunch conservative, as examples.

Roger Taney was the first Catholic to serve on the court when he became chief justice in 1836. He subsequently became infamous for authoring the Dred Scott decision in 1857 that upheld the institution of slavery and ruled that African Americans could not be U.S. citizens.

There was a so-called Catholic seat on the court for several decades in the 20th century. But until the late 1980s, no more than two Catholic justices had ever served together.

Seven of the eight Republican appointees since 1986 have been Catholic or, like Neil Gorsuch, were raised Catholic. Gorsuch now attends a Protestant church; his Catholic mother, the late Anne Gorsuch Burford, was a militantly anti-abortion legislator in Colorado before joining the Reagan administration in 1981 to head the Environmental Protection Agency.

There has been a majority of Catholic justices on the Supreme Court since Alito joined in 2006.

Sotomayor is the only Democratic nominee in that period who is Catholic. The other three -- Ginsburg, Stephen Breyer and Elena Kagan -- have been Jewish.

John Gehring, Catholic program director at the Washington-based clergy network Faith in Public Life, said Catholics are major players in the conservative legal movement who invest in law schools and in well-funded networks that often serve as pipelines to high-profile judicial appointments.

“The Catholic intellectual tradition has produced giants of liberal thought as well, but in recent decades the right has done a better job building institutions that nurture pathways to power,” Gehring said via email.

“The problem is not how many justices are Catholic,” he added. “The cause for alarm is the court’s ideological lurch to the right, and what that means for health care, voting rights and other moral issues at stake in this election.”

Thomas Groome, a professor of theology and religious education at Boston College, suggested the high percentage of Catholic justices was coincidental.

“I don’t think there’s any scheme or plot to bring Catholics to the Supreme Court,” he said. “Catholics are now mainstream in the life of American culture, and they have the resources to get the kind of education and opportunities that are needed if one is going to rise that high.”

Referring to the high court’s six conservatives, Groome said he preferred the term “traditionalist” and expressed his wish that they would not overturn the health care plan implemented by President Barack Obama.

“If they are Catholic in the tradition of Pope Francis or Jesus of Nazareth, the last thing in the world they should do is vote against the Affordable Care Act,” he said.

In 2017, in Senate hearings on her nomination to a federal appeals court, Barrett underwent some aggressive questioning about whether her Catholic faith would cloud her legal judgments.

“That’s because those who made those remarks paid a heavy price for doing so,” he wrote on his group’s website.

“As Catholics, certainly our faith helps us to form our conscience and our ideas and how we live our faith," she said. "But our religious beliefs should never be a substitute for impartial jurisprudence.”