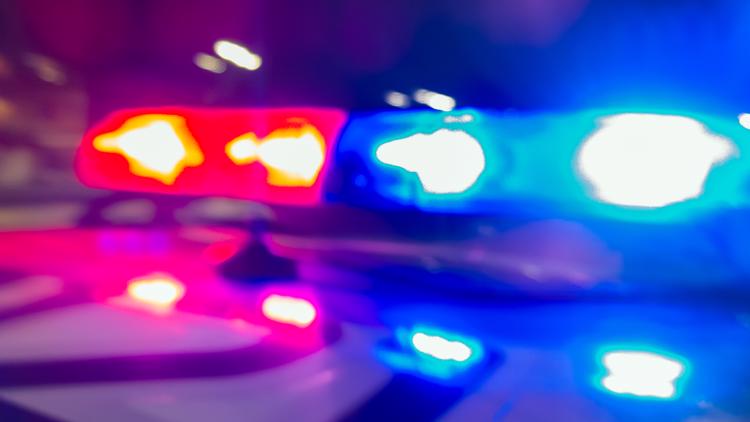 Man with rifle killed by police in shootout in Kansas City, Kansas

KANSAS CITY, Kan. — Kansas City, Kansas, police shot and killed a man on Tuesday who told a hotel manager that he had killed his wife and was heading to a popular shopping and restaurant area.

The "very angry and distraught" man entered the Country Inn & Suites near the Legends Outlet shopping area said he had killed his wife, said Jacob Honeycutt, general manager of the business.

The man was not armed when he entered the Inn, said Honeycutt, who tried to follow the suspect but couldn't catch him before he got into a car and sped away, driving through stop signs before the confrontation with police.

Officer Jonathan Westbrook told The Kansas City Star the gunman was waiting at an intersection for police to arrive.

"We were able to locate him so quickly because he was stationary," Westbrook said. "Given the information that he was heavily armed and dangerous, our officers were very tactical in how we approached the subject."

The man raised an assault-style rifle at officers, who tried to convince him to put it down, Westbrook said. Eventually the man fired several shots at the officers and they fired back, he said.

The number of rounds fired by the unidentified gunman and officers was not immediately known. No officers or bystanders were injured.

RELATED: Armed man at Walmart in Missouri says he was testing right to bear arms

Law enforcement authorities were investigating to determine if the man had committed any earlier crimes, Westbrook said.

Honeycutt said he and a front desk manager were the only people in the front desk area of Inn when the man arrived. He praised police for their quick response to the situation.

"I was worried about the safety of my guests and employees but also all the people in the rest of the shopping area," he said "We wanted to try and stop them but unfortunately we couldn't so we got ahold of the police as quickly as possible."

The man was stopped before he made it into the Legends, which is full of stores and restaurants in a rapidly developing area in western Kansas City, Kansas. The County Inn & Suites is on a road that surrounds the shopping area, located near other businesses such as Cerner and Cabela's and the stadium for the Sporting KC soccer team.

All the businesses were reopened and operating normally about two hours after the man was shot.