The words of advice came after President Trump mocked the 16-year-old TIME Person of the Year. 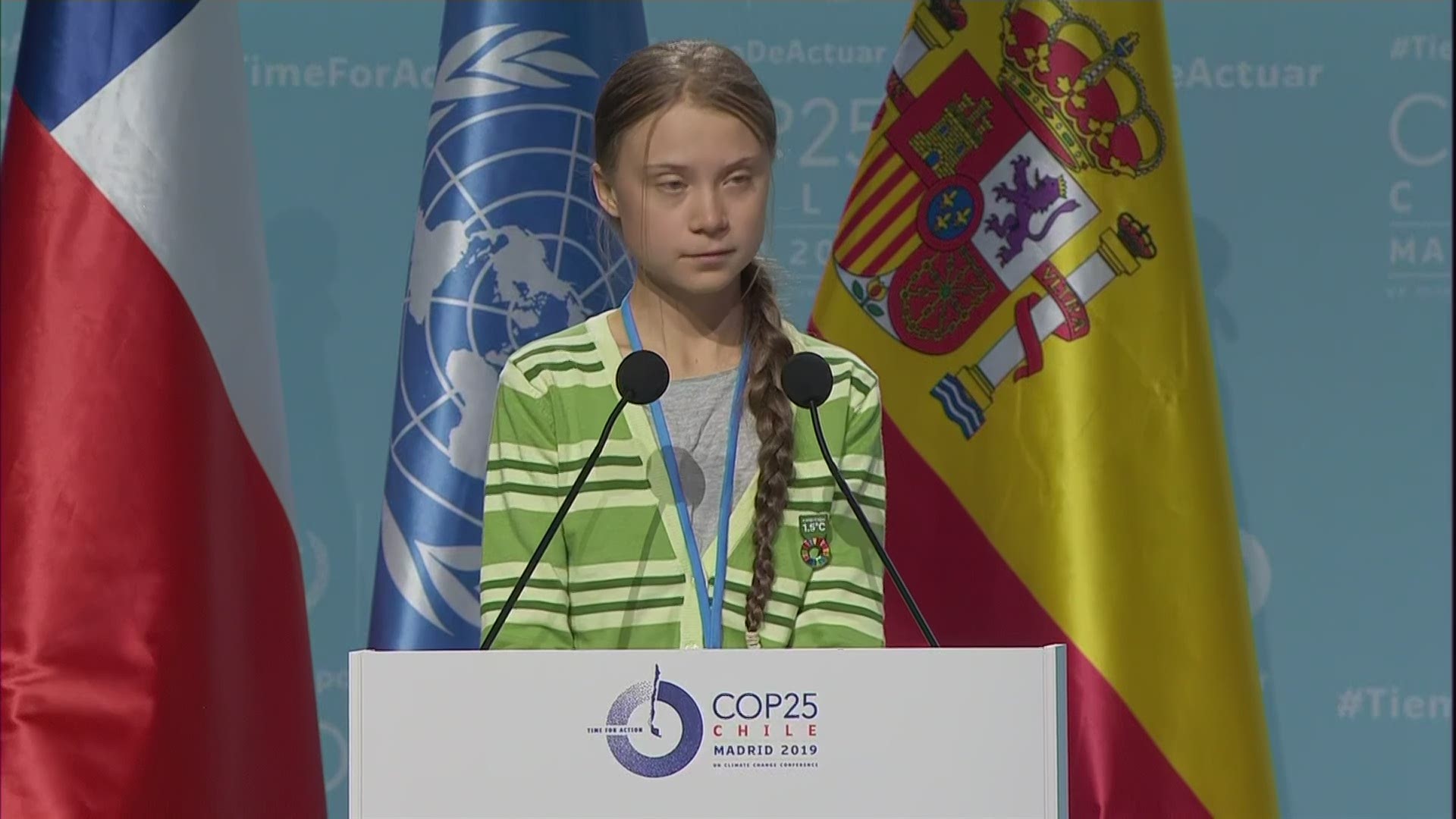 Former First Lady Michelle Obama is urging teen climate activist and TIME Person of the Year Greta Thunberg to keep her chin up after repeated attacks by critics.

".@GretaThunberg, don’t let anyone dim your light. Like the girls I’ve met in Vietnam and all over the world, you have so much to offer us all. Ignore the doubters and know that millions of people are cheering you on," Obama tweeted Friday morning.

Obama's message came a day after President Donald Trump mocked the 16-year-old on Twitter following her announcement as Person of the Year.

RELATED: TIME names Greta Thunberg as Person of the Year 2019

"So ridiculous. Greta must work on her Anger Management problem, then go to a good old fashioned movie with a friend! Chill Greta, Chill!," Trump tweeted.

Thunberg responded to Trump by updating her Twitter profile to read, "A teenager working on her anger management problem. Currently chilling and watching a good old fashioned movie with a friend."

Thunberg says she believes she is being mocked by adults who believe their worldview and interests are under threat from climate activism.

"We've become too loud for people to handle so people want to silence us," she said at a rally in Montreal in September. "We should also take that as a compliment."

Trump did not specify what he meant by his "anger management" reference. Thunberg did give a fiery speech to leaders at the United Nations in September over their inaction on climate change.

RELATED: 'How dare you!': Greta Thunberg calls out world leaders

Thunberg has Asperger's syndrome, which places her on the Autism spectrum. According to the Autism Society,  "Individuals with Asperger’s Disorder usually want to fit in and have interaction with others, but often they don’t know how to do it. They may be socially awkward, not understand conventional social rules or show a lack of empathy. They may have limited eye contact, seem unengaged in a conversation and not understand the use of gestures or sarcasm."

Thunberg has called Asperger's her superpower.

Starting with a lone protest outside Sweden's parliament in 2018, Thunberg inspired children across Europe to go on Friday strikes from school to help spread the message. That led to global climate strikes in September in which millions of young people around the globe took part.