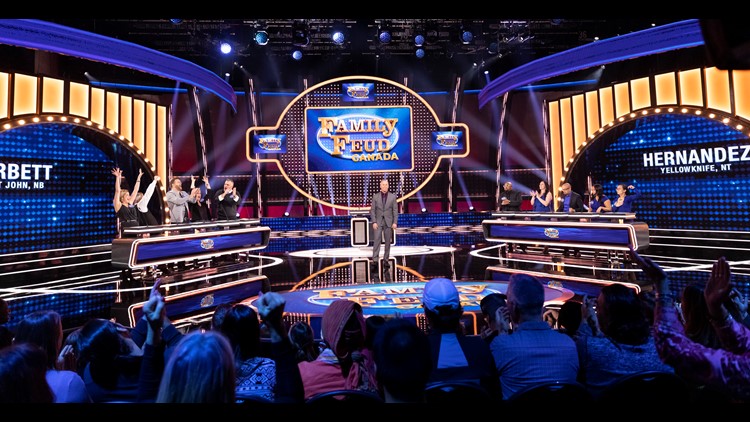 Popeye's favorite food is ... what?! Hilarious confusion on 'Family Feud'

WASHINGTON — A contestant on "Family Feud Canada" was so confident in her wrong answer that she shimmied away from the podium in a victory dance before realizing she had just lost some big bucks. To be fair, the confusion was sort of understandable.

A player from each team went up to the buzzer podiums to face off for a chance to win a nice chunk of extra money. Then came the question from the host, "name Popeye's favorite food."

With all of the recent craze over the Popeyes chicken sandwich, (and yes Canada has Popeyes) contestant Eve Dubois immediately hit the buzzer and confidently yelled "chicken!" But, the question referred to the classic cartoon character Popeye the Sailor. His favorite food, as we all remember, was spinach.

The hilariously cute moment has had the internet laughing. Watch video of the moment here:

CBC Canada's take on the moment is equally hilarious. Darren Bernhardt writes, "remember that line from Popeye's famous song, 'I'm strong to the finich 'cause I eats me chicken?' No, nobody does because it isn't a thing."

RELATED: Police: Fatal stabbing at Popeyes happened after a man cut in line while waiting for a chicken sandwich

And by the way, a fun fact: Popeyes restaurants were not named after the famous cartoon character, the restaurant says. In 1972 the restaurant was originally called "Chicken on the Run," and began with its first restaurant near New Orleans. Later founder Alvin C. Copeland Sr. renamed the restaurant "Popeyes" after the character Popeye Doyle in The French Connection.

Popeyes has been around in Canada for quite some time. The restaurant opened its first international restaurants there in 1984, starting out in Toronto.

"Family Feud" is considered to be one of TV's longest-running game shows and is seen by audiences across the globe. The show first started in 1976 in the U.S., and can now be seen in 71 international markets including the UK, Australia, France, India, Indonesia, and the United States according to the CBC.