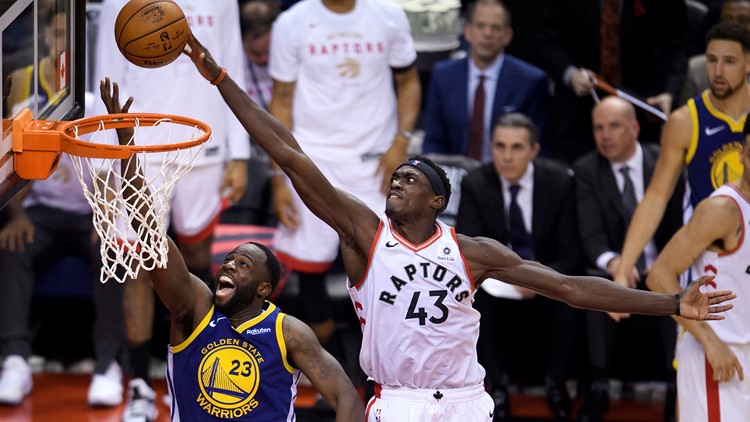 The Raptors hardly looked like newcomers to the NBA's biggest stage, controlling the action most of the way against a Golden State team beginning its fifth straight NBA Finals appearance.

Kawhi Leonard added 23 points and Marc Gasol had 20 for the Raptors.

Stephen Curry scored 34 points and Klay Thompson had 21 for the Warriors, who had won all four Game 1s in the last four years. All those had come at home, but this time Golden State doesn't have home-court advantage.

Game 2 is Sunday in Toronto.