Supporters say the resolution is not about President Trump or even the presidency, but instead is an important reassertion of congressional power to declare war. 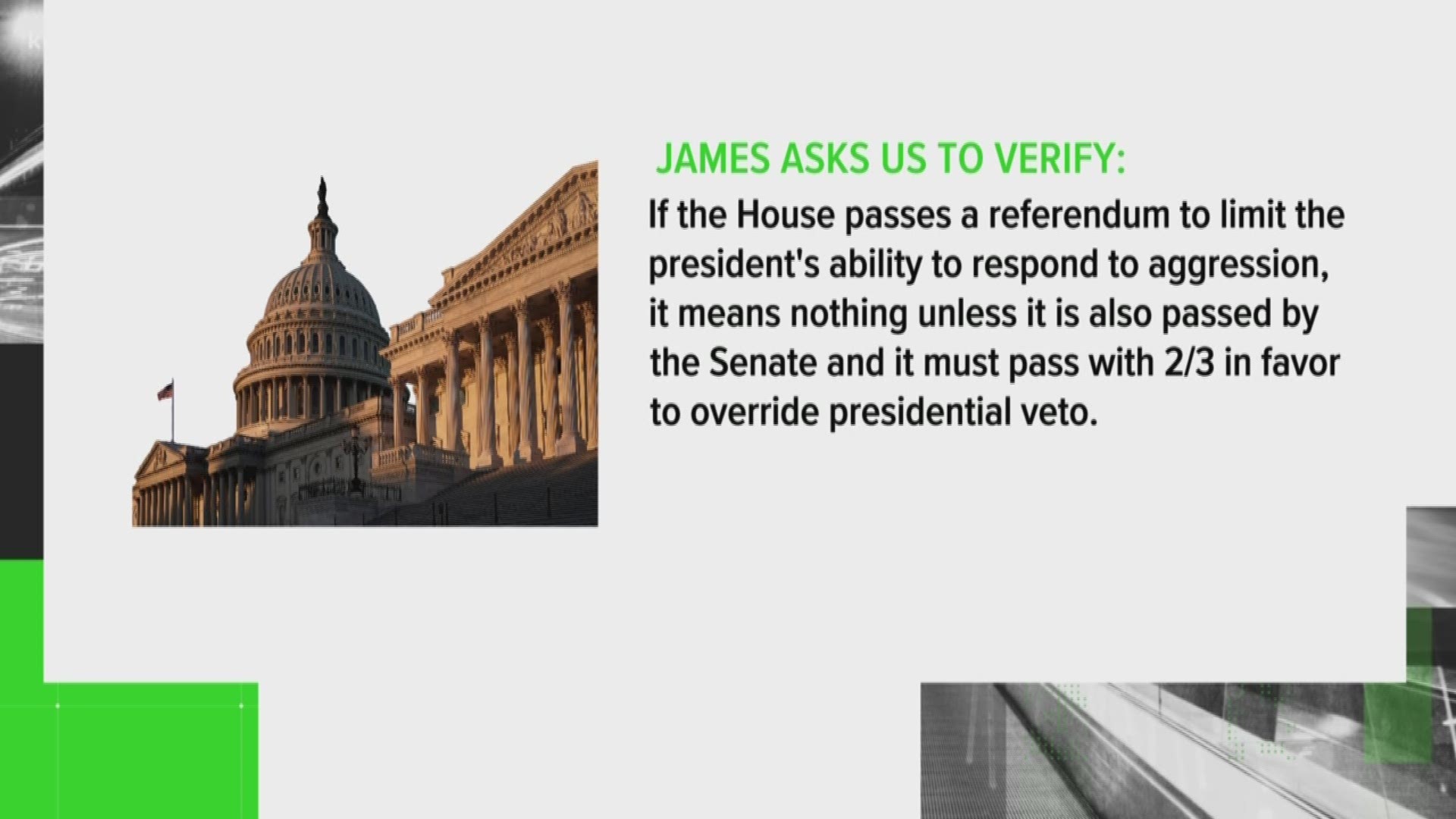 The resolution, authored by Democratic Sen. Tim Kaine of Virginia, asserts that Trump must seek approval from Congress before engaging in further military action against Iran.

The measure passed the Senate by a vote of 55-45. Eight Republicans voted yes on the measure including Senator Alexander of Tennessee, Senator Cassidy of Louisiana, Senator Collins of Maine, Senator Lee of Utah, Senator Moran of Kansas, Senator Murkowski of Alaska, Senator Paul of Kentucky and Senator Young of Indiana.

Eight Republicans previously sided with Democrats on a procedural vote setting up Senate action. Supporters say the resolution is not about Trump or even the presidency, but instead is an important reassertion of congressional power to declare war.

“When we stand up for the rule of law — in a world that hungers for more rule of law — and say ‘this decision is fundamental, and we have rules that we are going to follow so we can make a good decision,’ that’s a message of strength,″ Kaine said Wednesday.

Trump has called the vote an attempt to embarrass him. On Twitter, he said it was "very important for our Country's SECURITY that the United States Senate not vote for the Iran War Powers Resolution."

"We are doing very well with Iran and this is not the time to show weakness," he added. "The Democrats are only doing this as an attempt to embarrass the Republican Party. Don't let it happen!

Two-thirds votes in the House and Senate would be needed to override an expected Trump veto.