Several senators play with fidget spinners during the impeachment trial

North Carolina Sen. Richard Burr handed out the toys as his colleagues sat through hours of proceedings. 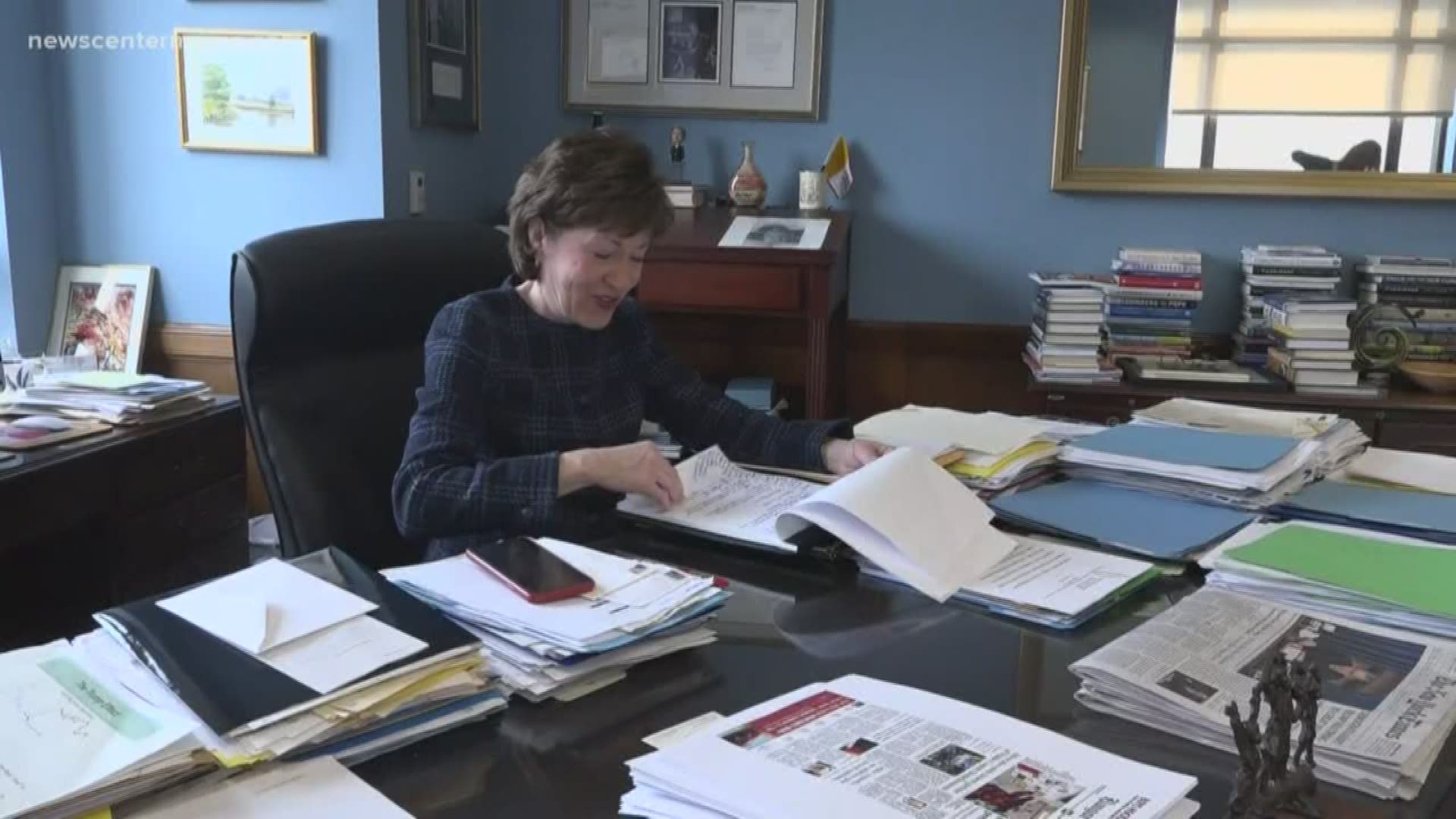 WASHINGTON — Restless senators played with a new toy on Thursday during President Donald Trump's impeachment trial, as Democrats were arguing that he sought a phony investigation of a political rival and pursued a discredited conspiracy theory about Ukraine.

House Democrats said there was no evidence that 2020 election candidate former Vice President Joe Biden did anything improper in dealings with Ukraine.

Republicans outside the chamber challenged Democrats' argument and pledged to find out more about Biden and his son’s dealings in Ukraine.

The Associated Press reports that Burr was seen playing with a blue spinner while listening to arguments by impeachment manager Rep. Jerrold Nadler, D-N.Y.

Because photos and videos are not allowed to be taken in the Senate Chamber, The New York Times reports a courtroom sketch artist had captured Burr with with the blue fidget spinner on his desk.

The small toys designed to be spun between the fingers, relieving stress or boredom, were also spotted on other senators' desks, including Sens. Tom Cotton, R-Ark., and Pat Toomey, R-Pa.

NBC reports Cotton had purple spinner on his desk and later was seen playing through the entirety of arguments presented against the president by impeachment manager Rep. Zoe Lofgren, D-Calif., frequently making gestures and chuckling with Sen. Joni Ernst, R-Iowa.

Sen. Pat Toomey, R-Pa., had a white spinner on his desk, although he wasn't seen playing with it.

Burr was also seen holding a stress ball as he walked to the Senate Chamber before the start of the trial.

RELATED: Sen. Collins confirms she sent note to Chief Justice, prompting him to scold both sides in impeachment trial

RELATED: 'It feels like a real political weapon': Young Republicans and Democrats react to impeachment trial

Credit: AP
Sen. Richard Burr R-NC., displays a stress ball as he walks to the Senate Chamber prior to the start of the impeachment trial of President Donald Trump at the U.S. Capitol, Thursday, Jan. 23, 2020, in Washington. (AP Photo/Steve Helber)