One with Thunberg in her trademark yellow raincoat with her braid and standing atop a hill is part of a five-stamp series themed 'Valuable Nature.' 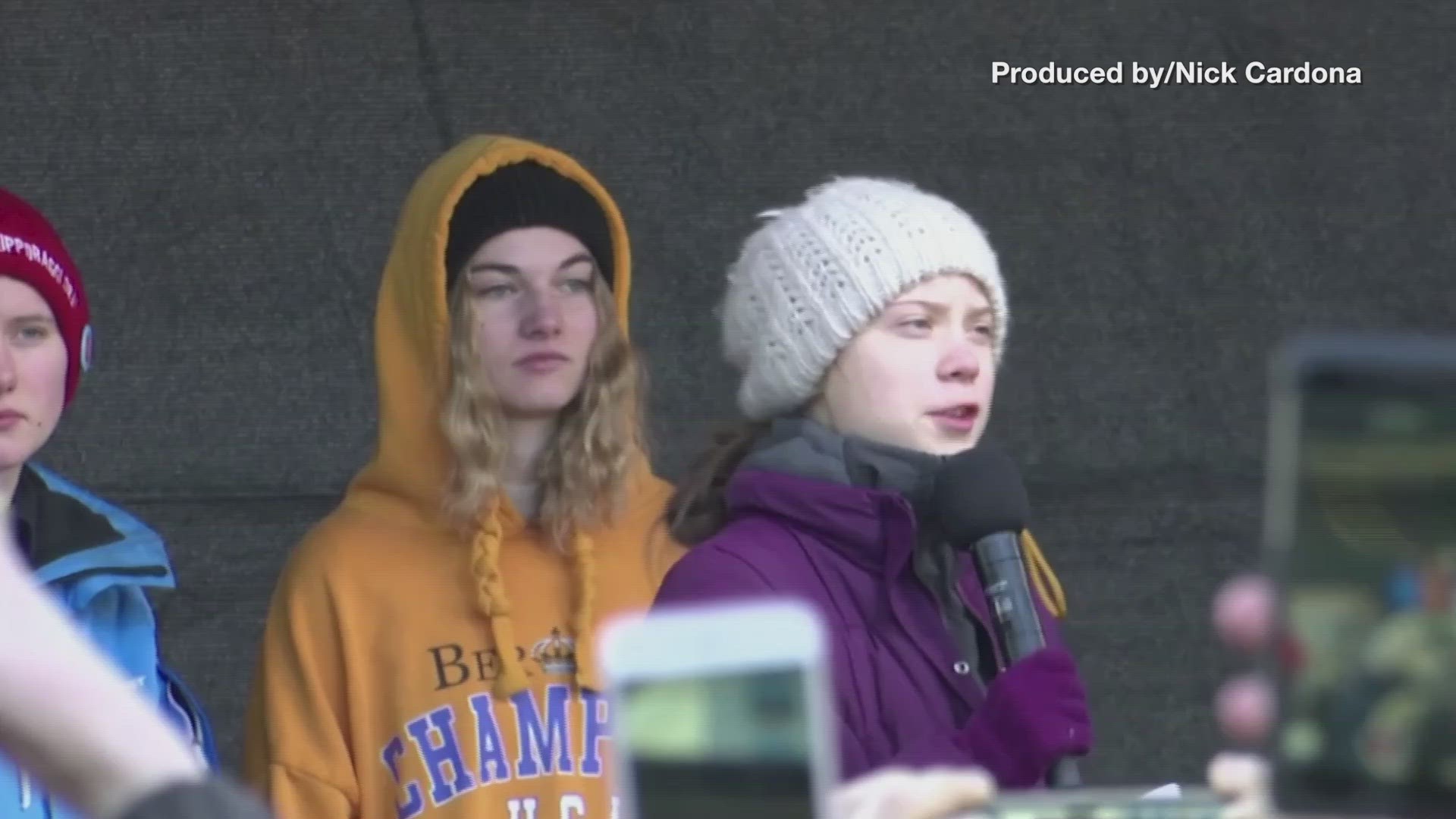 STOCKHOLM, Sweden — Swedish teenage environmental activist Greta Thunberg will appear on a postal stamp that will be issued Thursday in her native Sweden and is part of a series focusing on the environment.

The motives on the stamps “should reflect our time, where the environmental issue has been relevant and present for many years, not least through Greta Thunberg’s strong voice," Sweden’s postal company Postnord said in a statement.

One with Thunberg in her trademark yellow raincoat with her braid blowing in the wind and standing atop a hill, is part of a five-stamp series themed “Valuable Nature.” They cost 12 kronor ($1.40) each, are available as of Jan. 14 and are illustrated by Swedish artist Henning Trollback.

Credit: AP
Swedish teenage environmental activist Greta Thunberg appears on a postal stamp in her native Sweden that is part of a series focusing on the environment, as seen through a magnifying glass, in Stockholm, Wednesday, Jan. 13, 2021. (AP Photo/David Keyton)

Thunberg, who just turned 18, rose to prominence for weekly solo protests outside Sweden’s parliament in Stockholm that she started on Aug. 20, 2018.

Students around the world soon began following her lead, staging regular large protests, and she was invited to speak to political and business leaders.

The coronavirus outbreak has prevented the Fridays for Future movement that Thunberg inspired from holding its mass rallies in recent months, lowering its public profile.

Her blunt words to presidents and prime ministers, peppered with scientific facts about the need to urgently cut greenhouse gas emissions, have won her praise and awards, but also criticism and even death threats.

RELATED: 'I Am Greta' Review | Climate change documentary is intelligent and to the point, like its central heroine

Appearing on a stamp “means that a person is doing something extraordinary,” said Kristina Olofsdotter, managing director for stamps at the postal company.

Thunberg demands that lawmakers stick to the 2015 landmark Paris climate deal that asks both rich and poor countries to take action to curb the rise in global temperatures that is melting glaciers, rising sea levels and shifting rainfall patterns. It requires governments to present national plans to reduce emissions in order to limit global temperature rise to well below 2 degrees Celsius (3.6 degrees Fahrenheit).