Woods is seen smiling and on crutches in the first photo since his high-speed SUV crash on Feb. 23. 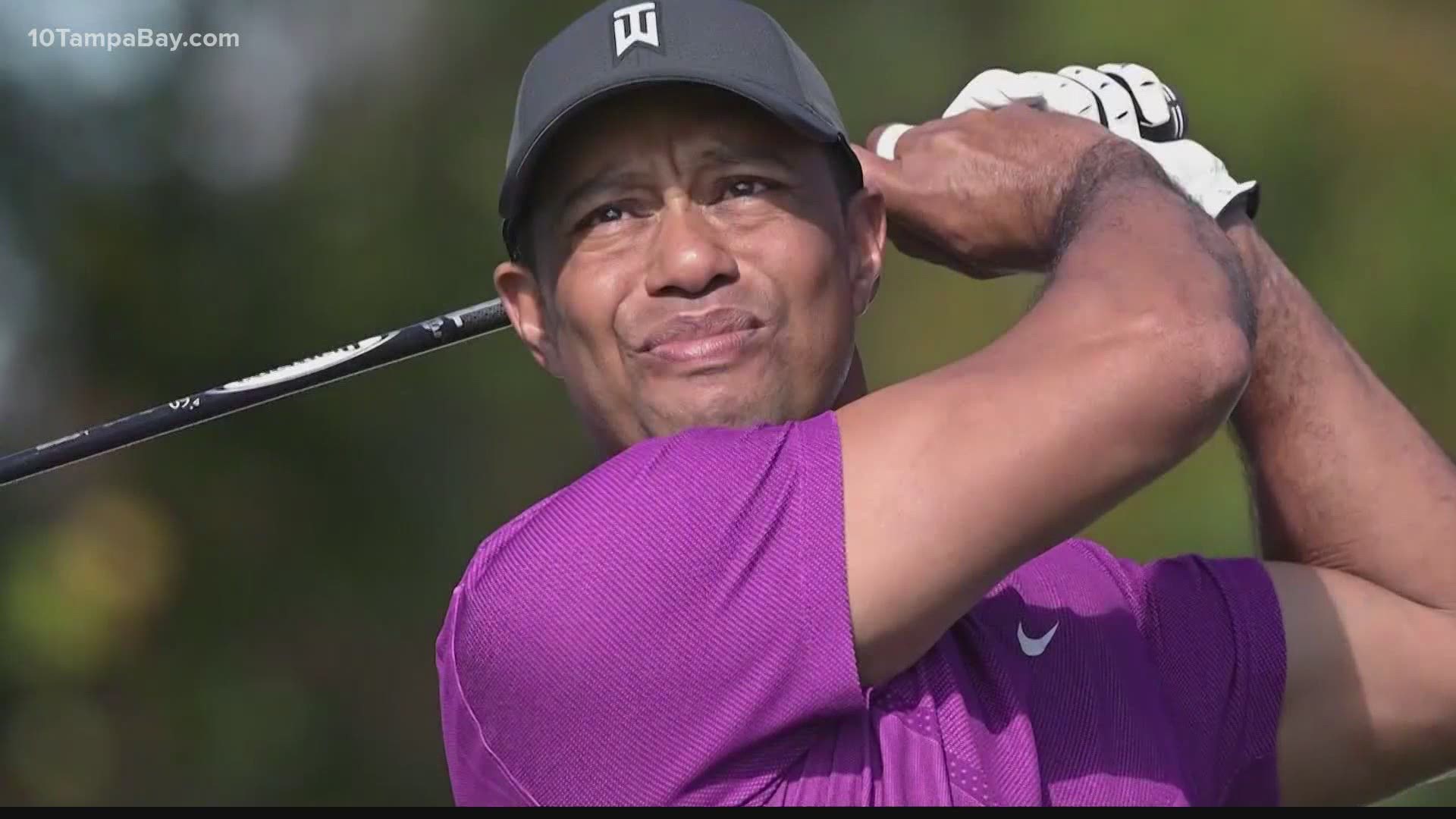 Standing with a cast on his leg and aided by crutches, Tiger Woods on Friday posted the first photo of himself since his high-speed SUV crash two months ago that left him with career-threatening injuries.

"My course is coming along faster than I am. But it’s nice to have a faithful rehab partner, man’s best friend," Woods, seen standing next to his dog, wrote in the caption on Instagram. ESPN reports the photo was taken at Woods' backyard practice facility in Jupiter, Fla.

Woods was driving 84 to 87 mph in a 45 mph zone on a downhill stretch of road when he lost control of an SUV on Feb. 23 and crashed, Los Angeles County sheriff's investigators said. No one else was hurt, and no other vehicles were involved.

.@TigerWoods on the road to recovery 🙏 pic.twitter.com/1901WmamIB

Sheriff Alex Villanueva blamed the Feb. 23 crash outside Los Angeles solely on excessive speed and Woods’ loss of control behind the wheel. The golfer will not face any citations for his third high-profile collision in 11 years.

Woods is recovering from multiple surgeries, including procedures to repair two broken bones in his lower right leg with a rod in his shinbone. He also has screws and pins in his foot and ankle.

Woods is no stranger to recovering from injury. Four previous surgeries to repair ligaments were done on the left knee. This is the first major trauma to the right leg. Woods has had five surgeries on his lower back in the last seven years. The most recent was in December, a microdiscectomy to remove a pressurized disk that was pinching a nerve.

The 45-year-old athlete has never gone an entire year without playing, dating back to his first PGA Tour event as a 16-year-old in high school.