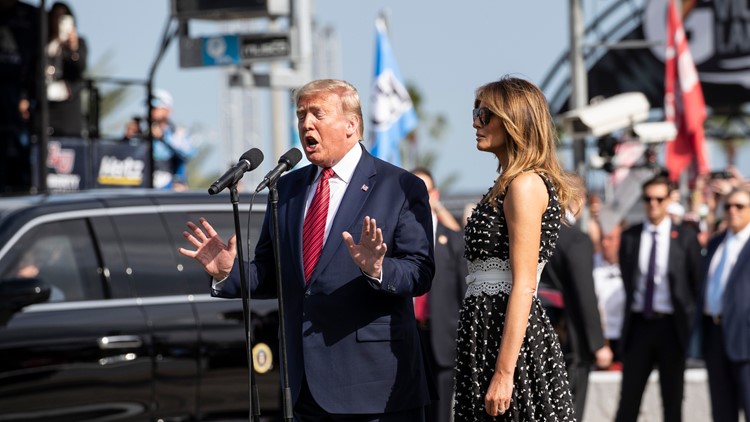 President Donald Trump gave a historic election-year embrace to NASCAR and its fans.

He's the second president ever to attend the Daytona 500 and was given the honor of commanding drivers to start their engines. Trump made a grand entrance before the start of the race.

He gave thousands of fans a flyover of Air Force One and then rode onto the track in the presidential motorcade as the audience roared with delight. The motorcade took roughly a quarter lap before pulling aside in an infield staging area.

Trump's reelection campaign was set to run an ad during the Fox broadcast of the race and fly an aerial banner near the speedway.

Trump arrived to raucous ovations. He addressed the crowd from victory lane. Trump is the Daytona 500 grand marshal and gave the command for drivers to start their engines. Trump also made a lap around the 2 1/2-mile speedway in his presidential limousine.

Hundreds waited up to three hours to get through gates because of heightened security measures. Daytona 500 pole-sitter Ricky Stenhouse Jr. signed autographs and mingled with fans while they waited in long lines.