Venice’s mayor said the damage is estimated at hundreds of millions of euros and blamed climate change for the dramatic situation. 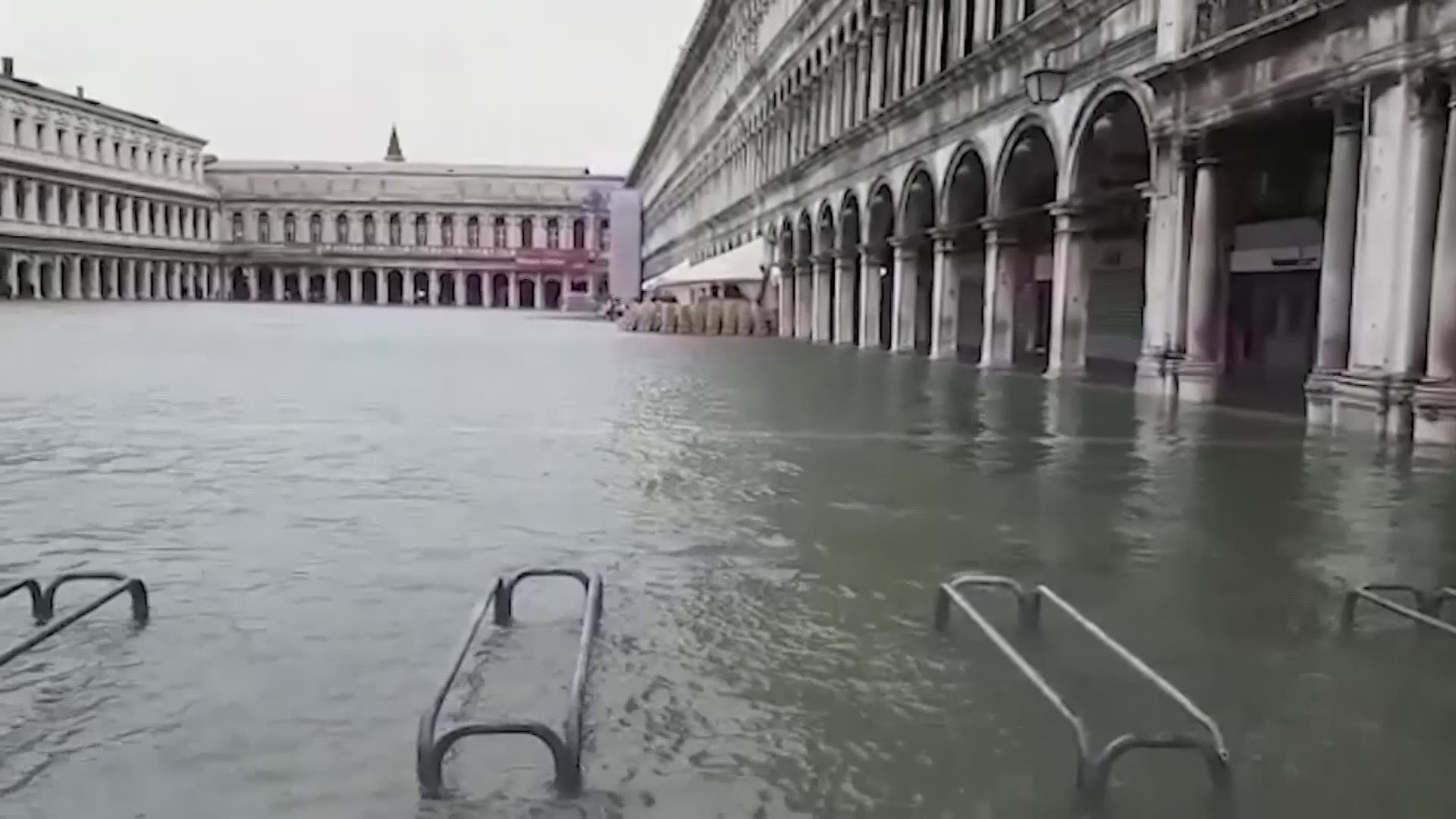 VENICE, Italy — Waters are on the rise again Friday in Venice, where the tide is reaching exceptional levels just three days after the Italian lagoon city experienced its worst flooding in more than 50 years.

The high tide Friday is projected to peak at 1.60 meters (more than 5 feet) which is far beyond normal levels.

Mayor Luigi Brugnaro told reporters he was forced to ask police to block off the iconic St. Mark’s Square, which was already covered in knee-high water on Friday morning. Workers in thigh-high boots began removing the platforms used by the public to cross the square without getting wet.

The city saw the second-worst flooding on record late Tuesday when the water level reached 1.87 meters (more than 6 feet) above sea level, prompting the Italian government to declare a state of emergency.

On Thursday, the government also approved 20 million euros in funding to help Venice repair the most urgent damage. 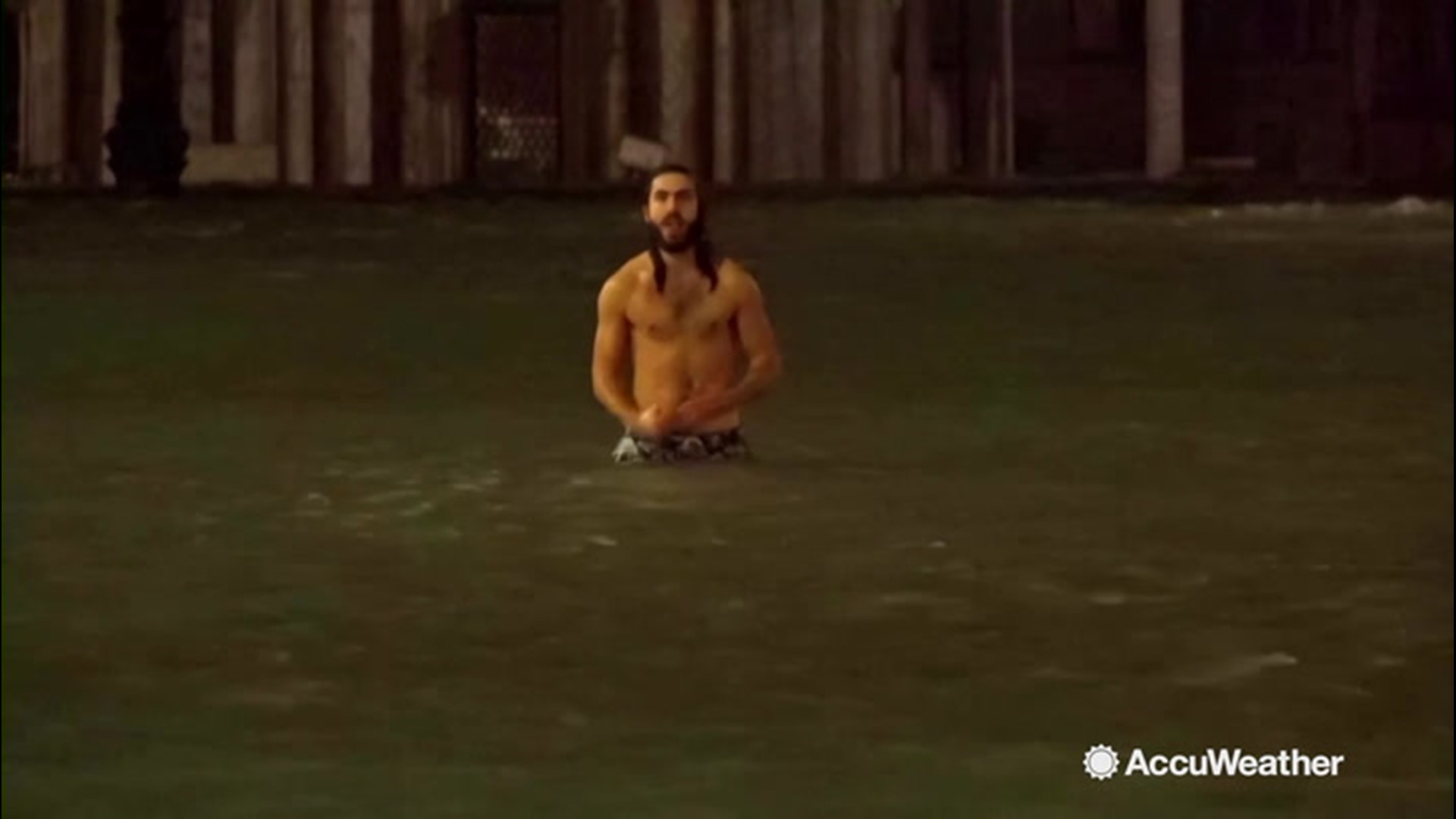 Venice’s mayor said the damage is estimated at hundreds of millions of euros and blamed climate change for the “dramatic situation” in the historic city. He called for the speedy completion of the city’s long-delayed Moses flood defense project.

The leader of the right-wing League, Matteo Salvini, visited Venice on Friday morning and also called for a common effort to complete the Moses project, which the Italian government now expects to be completed by 2021.

"We can't waste time, this city is crying for help," Salvini said, adding that similar incidents must be avoided.

Tuesday's devastating floods have reignited a yearslong debate on Moses, a multibillion-euro flood defense project that has been under construction since 2003. The project has not yet been activated, after being delayed a number of times due to corruption scandals, costs overruns and environmentalist opposition over its effects on Venice’s lagoon ecosystem.