According to their Twitter account, the US Coast Guard crews have coordinated the rescue of 57 people and 8 pets so far. 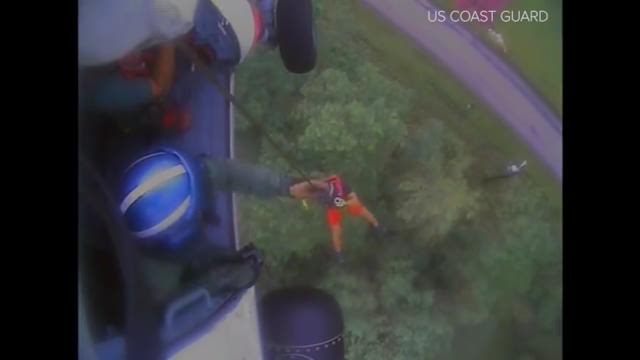 Dozens of victims trapped in the flood waters due to Hurricane Florence have been rescued this weekend by the US Coast Guard.

The Category 1 storm that made landfall in North Carolina on Friday was downgraded to a tropical depression early Sunday morning. More than a dozen people have been killed due to the storm and dangerous flooding remains.

According to the agency's twitter account, 57 people and 8 pets have been rescued so far by them, as of early Sunday.

#USCG crews have coordinated the rescue of 57 people and 8 pets so far! #hurricaneFlorence pic.twitter.com/YsfJXPFbwU

The Coast Guard said Saturday that 104 members had been deployed in the incident command post on Seymour Johnson Air Force Base in Goldsboro, North Carolina. As part of that response, 35 shallow water rescue boat teams were also deployed in North Carolina.