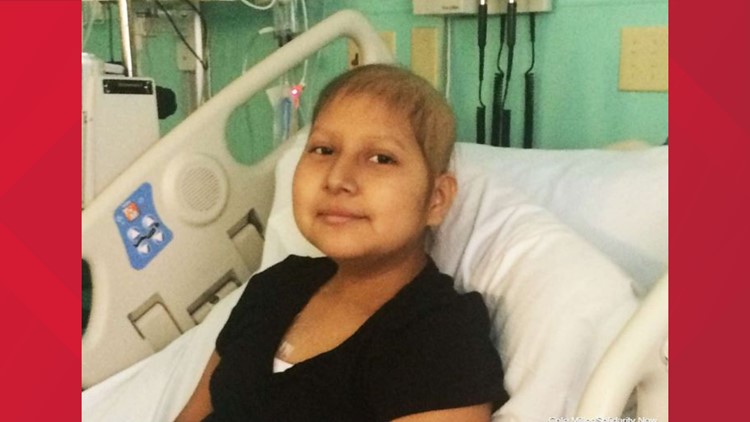 Photo by: Cole Miller Solidarity Now via ABC
Ixcell Perez, 14, is being treated for leukemia at Duke University Hospital in North Carolina.

14-year-old girl fights leukemia in the US without her mom, who is not allowed to cross the border

A 14-year-old girl is battling leukemia as a group of strangers fight on her behalf to get her mother into the U.S. from Mexico to be with her during her treatment.

“This is about my mother. I want her to come here to take care of me because I need her,” Ixcell Sandoval Perez said in a video shared by Solidarity Now, the immigration rights advocacy group fighting on her behalf. “It’s not easy to be here without her.”

Ixcell was born in North Carolina but returned to Mexico around nine years ago with her family, Cole Miller, founding director of Solidarity Now, told “Good Morning America.”

She was diagnosed with leukemia last year and was treated in Tapachula, Chiapas, where her family lives, according to Miller.

When her leukemia relapsed earlier this summer, Ixcell and her mom, Dalia Lorenza Perez, traveled four days by bus to the border crossing at Tijuana, Mexico, in hopes of being allowed into the U.S. to seek treatment.

In a video shared by Solidarity Now, Perez describes being held with her daughter by border officials in a small room overnight before being turned away from entering the U.S.

“I made a declaration and they asked me if I was seeking political asylum, if someone was trying to kill or persecute me,” Perez recalled. “I said, ‘No, the only reason I want to enter the United States is my daughter’s illness. She has leukemia and I brought all the papers.”

Soon after Ixcell and her mom were denied entry, a relative who is a legal, permanent resident in the U.S. traveled to the border and was able to help Ixcell legally cross into the U.S., according to Miller.

Miller is now leading a team of legal aid and immigration advocacy groups working to get humanitarian parole for Perez, which would allow her to be paroled into the U.S. for a temporary period.

“The mother can’t sleep at night,” Miller said of Perez, whom he met with in Tijuana on Monday and described as "extremely emotional.”

“She’s very grateful people are making an effort to assist her but she’s distraught because she knows that Ixcell needs her,” he said, noting that the mother and daughter have been able to communicate by phone and FaceTime.

While Ixcell and her mom await a decision, strangers from two local churches have rallied to be by Ixcell’s side.

The churches have provided a steady stream of visitors, including bilingual speakers for Ixcell, who only speaks Spanish. They have also brought her food, cards and gifts like books and crafts to keep her occupied.

“I think it’s very clear how desperately she wants her mom to be with her,” said Rev. Carla Gregg-Kearns, pastor of Good Shepherd United Church of Christ in Cary, North Carolina, who has visited Ixcell twice in the hospital. “That is really an emotionally overwhelming experience, to go through this sort of grave illness without the support of a parent.”

Read the full story at ABCNews.go.com