The filing by the Justice Department and attorneys for Jon Schaffer indicate the heavy metal guitarist may be interested in cooperating to avoid an indictment. 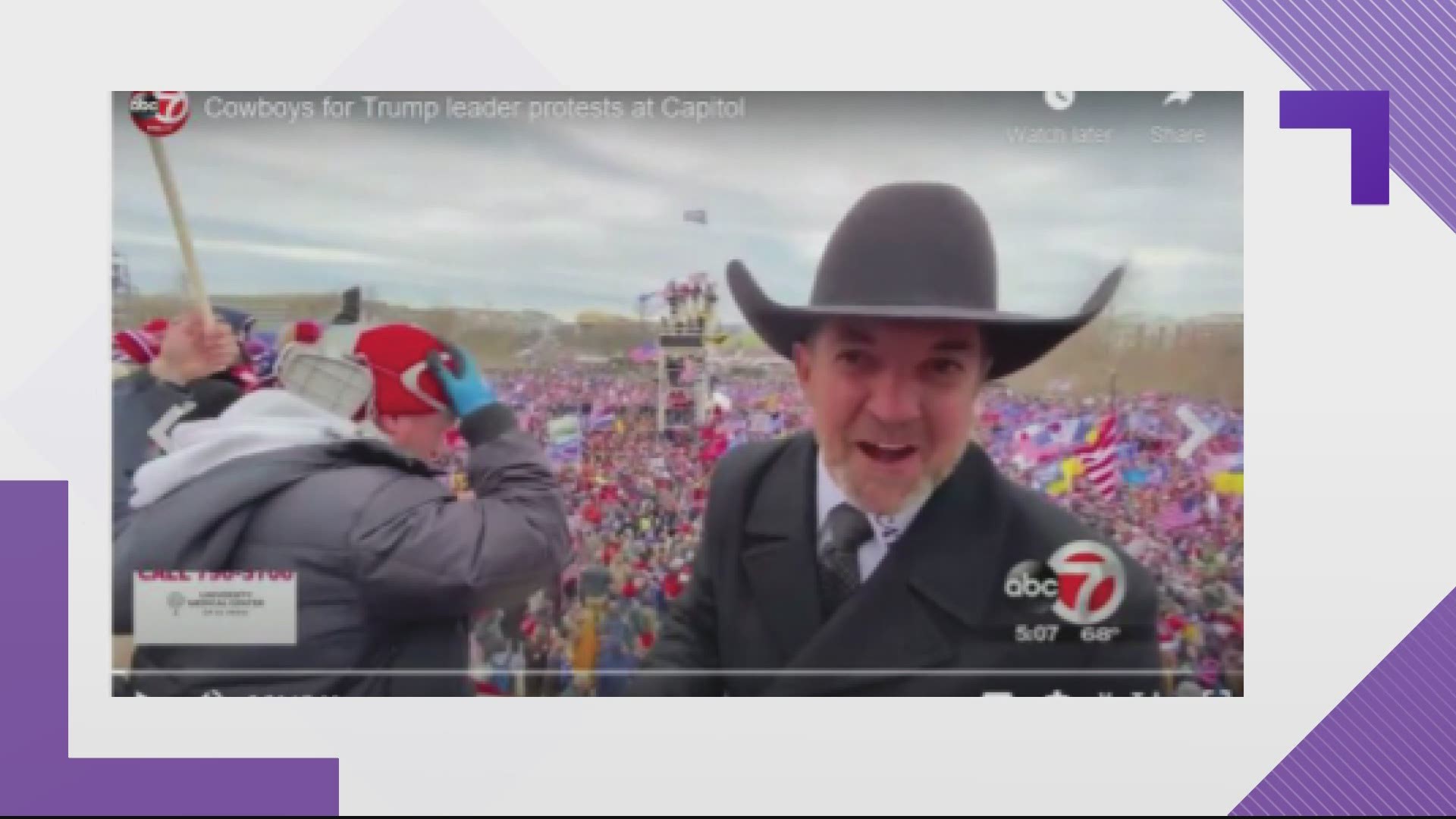 WASHINGTON — The Justice Department says it is in “advanced plea negotiations” with Capitol riot defendant Jon Schaffer – representing the first potential plea deal in the case.

Schaffer, an Indiana resident and guitarist for the heavy metal band Iced Earth, faces a half dozen charges in connection with the January 6 insurrection, including engaging in an act of physical violence in a Capitol building. In an affidavit filed in the case, the FBI has alleged Schaffer was one of a number of rioters who assaulted Capitol police with bear spray.

A federal judge ordered Schaffer held without bond while awaiting trial last month. On Monday, the Justice Department filed a consent motion along with Schaffer’s attorney asking for a hearing about reversing that decision to be delayed because, the government said, the parties are currently “engaged in good-faith plea negotiations.”

According to the filing, those negotiations include discussions about the “possibility of entering into a cooperation plea agreement” that would avoid an indictment for Schaffer.

The consent motion was intended to be filed under seal, but was apparently inadvertently filed on the case’s public docket Monday.

🚨: Heavy Metal guitarist Jon Schaffer close to first plea agreement in #CapitolRiots. New court documents: "the parties are currently engaged in goodfaith plea negotiations..." "the first and most advanced plea negotiations involving any of the over 300 Capitol Riot defendants." pic.twitter.com/54ITSc6yys

While federal prosecutors have spoken about the possibility of plea deals in the case – and at least one other defendant, Proud Boy Dominic Pezzola, has indicated his interest in taking one – Schaffer represents the “first and most advanced plea negotiations involving any of the over 300 Capitol Riot defendants,” according to the filing. That’s at least partially because, federal prosecutors note, plea discussions in the Capitol riot cases have required “extensive review and approval at various levels of government,” necessitating more time than usual.

Schaffer’s cooperation may be of particular interest to the government because of his apparent involvement with the Oath Keepers militia group. Images of Schaffer during the riot show him wearing an “Oath Keepers lifetime member” hat.

The government’s largest case to date in the Capitol riot investigation involves 12 alleged Oath Keepers indicted on charges they conspired to recruit and train militia members to travel to D.C. for the purpose of disrupting the joint session of Congress on January 6. Last week a federal grand jury added two members of a security detail for Roger Stone, a longtime confidante of former President Donald Trump, to the indictment.

The filing, which had been placed under seal by Monday evening, does not provide specifics about what information Schaffer may be negotiating to provide to the government. The government does say in the filing, however, that public knowledge of Schaffer’s potential cooperation could cause other investigation targets to attempt to destroy evidence or intimidate potential witnesses.

We're tracking all of the arrests, charges and investigations into the January 6 assault on the Capitol. Sign up for our Capitol Breach Newsletter here so that you never miss an update.