Capitol Police officer asks judge to detain Jan. 6 assault suspect | 'You’ve stolen moments from me that I can’t get back'

A Pennsylvania man was ordered to remain behind bars after a hearing on the Capitol Riots case in federal court Friday. 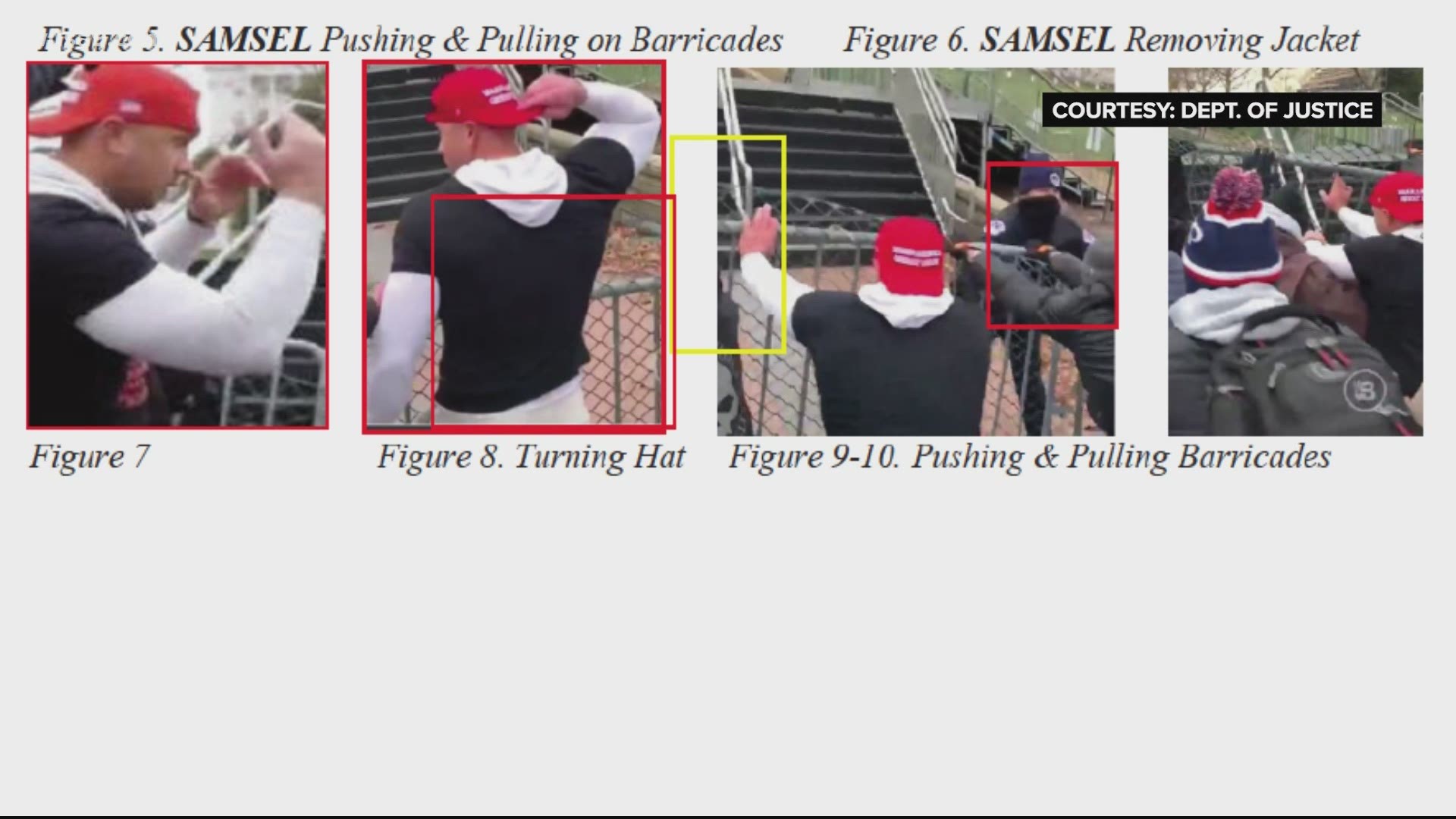 WASHINGTON — One defendant accused of assaulting a Capitol Police officer on Jan. 6 will remain behind bars after appearing before a federal judge Friday. Ryan Samsel could be moved to another prison, though, to get some medical care.

In federal court, prosecutors argued Samsel should stay behind bars in order to protect the public because of his violent history. They accuse him of coming to D.C. and assaulting a Capitol Police officer, while he already had an open warrant for assault and was on parole for a second, unrelated incident.

During the hearing, they read a letter from the Capitol Police officer Samsel is accused of assaulting. She wrote Samsel has “stolen moments” from her and “stolen months to work a job” she loves. She said she can't return to work full-time because of her injuries.

Court records say Samsel was already on his way to the barricades around the Capitol "before President Trump's speech had even ended."

"Samsel was the first out of the crowd to approach the barricades and engage with officers," according to a motion filed by the U.S. Attorney’s Office.

“They show a pattern of Samsel choking and beating women to the point of loss of consciousness, of many hospital visits for many victims, of chipped and missing teeth and of Samsel even breaking into one victim's home multiple times to assault her," they wrote.

As for that female Capitol Police officer on Jan. 6, authorities said when Samsel and others were pushing barricades to the ground, they knocked her over and she hit her head on the stairs. Samsel picked her up and other officers immediately took her away -- she was semiconscious, according to documents.

Hours later, court records detail that officer blacked out, was taken to the emergency room and diagnosed with a concussion. Prosecutors said that officer is still fainting at random times and has other side effects that make it impossible for her to go back to work now.

Another hearing is scheduled for next week to decide if and how Samsel can be moved to another prison.

RELATED: NoVA Marine who stormed Capitol on Jan. 6 indicted on 9 charges including assaulting an officer