Knauss was killed in a suicide bombing alongside 12 other servicemembers outside Kabul's airport on August 26. 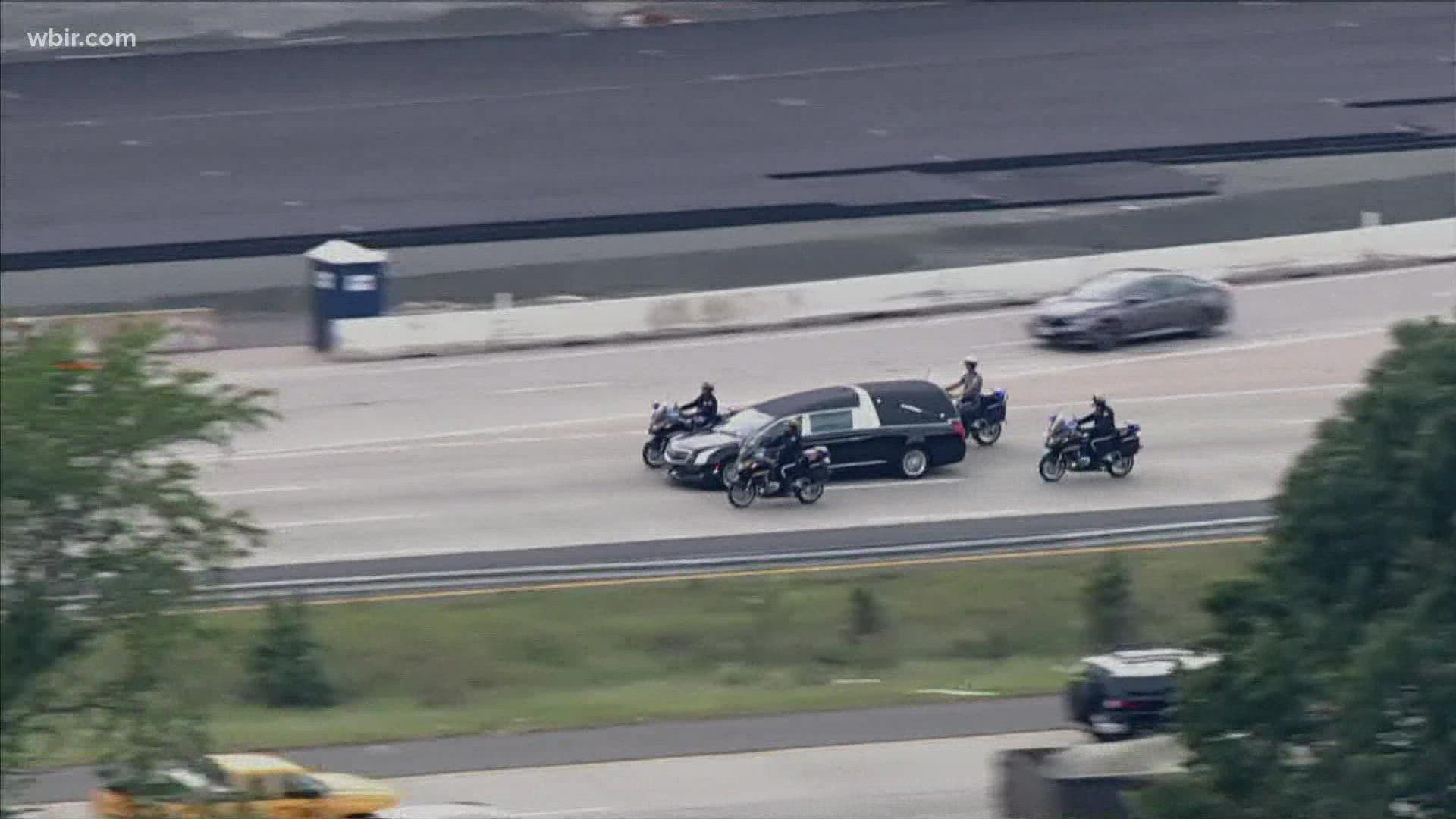 KNOXVILLE, Tenn. — Note: WBIR will not be streaming the burial service as it is a private ceremony.

Knauss was killed in a suicide bombing alongside 12 other servicemembers outside Kabul's airport while trying to evacuate people out of Afghanistan on August 26. At least 169 Afghans were also killed.

All 13 troops were awarded posthumously awarded the Purple Heart.

He will be transported to Arlington by Mynatt Funeral Home at no cost to the family, according to the funeral director.

The sheriff said there is no word on when he will be transported at the request of Knauss's family.

The family, through Mynatt Funeral Home, thanked the community for the love, support and respect shown to each of them, especially to Staff Sgt. Knauss for his sacrifice, according to a release from KCSO.

“As the Sheriff of Knox County and a Veteran, I am honored to provide Mynatt Funeral Home with an escort as they transport Staff Sgt. Ryan Knauss from Knoxville to the receiving funeral home in Alexandria," Spangler said. "This young man deserves our honor, and respect as he sacrificed his life in service to our country, an escort is the least we can do to show our gratitude. I want to publicly thank Mynatt Funeral Home for their generosity in transporting Staff Sgt. Knauss. They are a true asset to our community. In closing, I want the family to know that we will continue to keep you in our thoughts and prayers.”

Gibbs High School, where Knauss graduated in 2016, hosted a public memorial on Sept. 11.

The University of Tennessee said it is planning to honor the fallen soldier with a scholarship in his name.

You can watch some of the procession here: