QAnon: how a fringe conspiracy turns into a radical movement

Trump supporters, lawmakers and even the President have touted baseless claims that stoke disinformation throughout the internet. 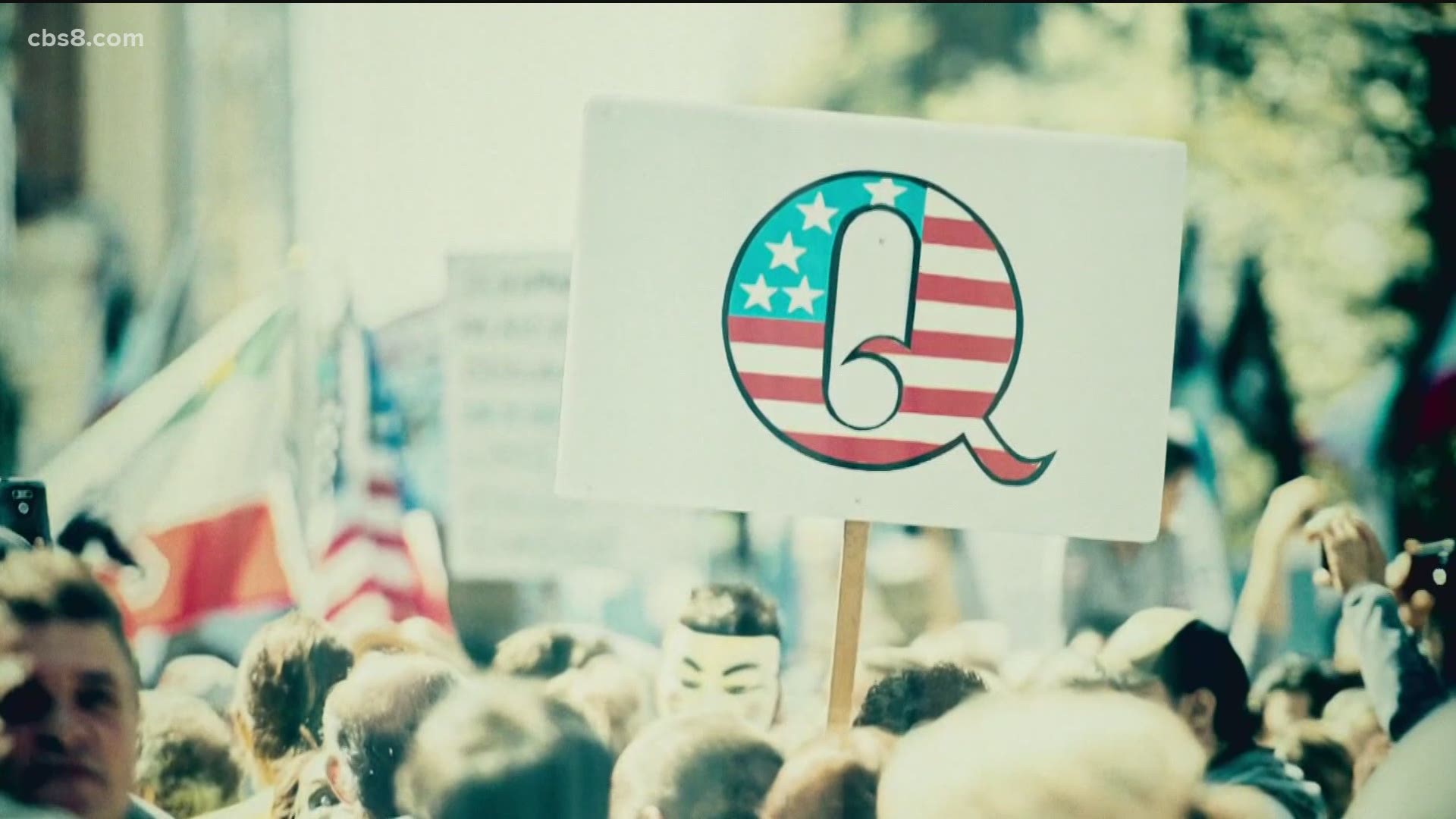 SAN DIEGO COUNTY, Calif. — A crowd of thousands gathered at the U.S. Capitol, many donning apparel and signs referencing QAnon, a conspiracy theory that has quickly turned into a movement online.

"There was a steady stream of information and comments that made it so that this group was ready to storm the capitol," says Dr. Joan Donovan with the Shorenstein Center on Media, Politics and Public Policy.

At its heart, QAnon is a far-right conspiracy.

Its believers think that a group of lawmakers and media out to get Donald Trump are also Satan worshipers and running a global child sex-trafficking ring.

Followers also believe that Trump is fighting back for the people as the sole leader protecting them.

The amount of traffic going through mainstream social networking sites has exploded since 2017, and indications are the numbers have gone up further during the coronavirus pandemic.

The big social media companies subsequently tightened their rules about QAnon content and took down hundreds of Q-supporting accounts and videos.