Attorney Ven Johnson is calling on Michiganders to write state leaders to speed up litigation for flood victims. 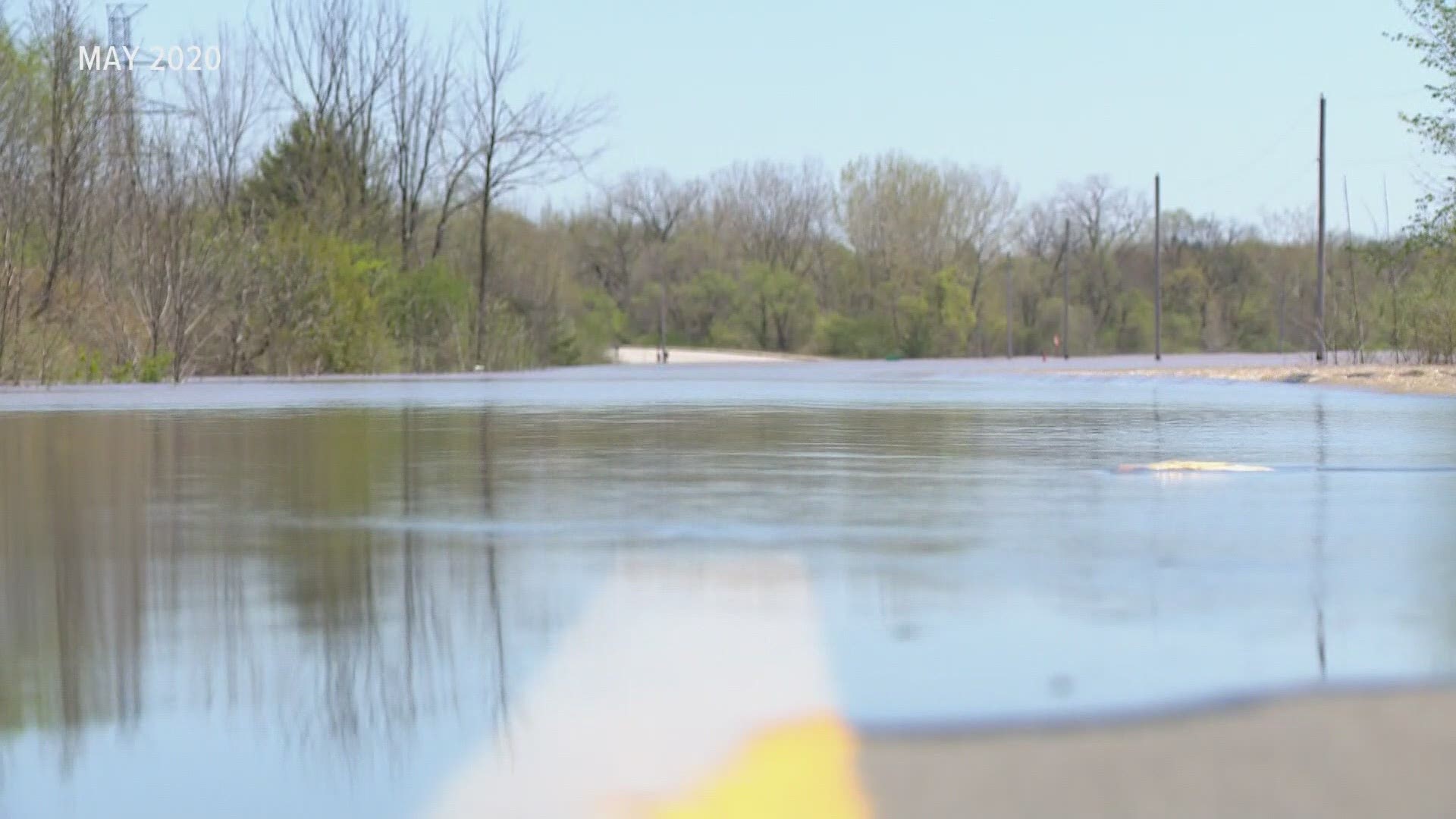 MICHIGAN, USA — One year ago, water began to rise in the rivers and lakes in Midland County. Hours later, the Edenville Dam collapsed, leeching water from Wixom Lake, sending it rushing into the Tittabiwassee River. Then, the Sanford Dam failed, crushing the town of Sanford, sending the flood waters toward the City of Midland.

Mike Callum's home was near the Edenville Dam. He lost everything in the flood.

"We had a 2,400 square foot farm house with two pole barns. We put quite a bit into it, about half a million dollars into it," said Callum. "Lost it all in 12 and half minutes."

Callum said he is still financially struggling, finding money to rebuild. He's also still paying on the mortgage on the destroyed home.

His story is one of many flood victims. Callum joined two others and their attorney, Ven Johnson, for a press conference Monday morning on the status of lawsuits related to the flood.

Credit: Courtesy of Ryan Kaleto
Edenville Dam, which holds Wixom Lake. The East side of M-30 taken at 6:39 p.m. from an airplane flown by Ryan Kaleto.

Ven Johnson Law, along with Romanucci & Blandin, filed two lawsuits for the victims in June of 2020. The first was against the former owner of the dams, Boyce Hydro Power. However, Boyce has filed for bankruptcy protection, which was granted last month.

"So, in essence now, Boyce is going to be gone and dismissed from these lawsuits," said Johnson. "And we now have two major lawsuits leftover on behalf of all these folks."

The second lawsuit Johnson filed was against the State of Michigan. He said that is for failing to regulate and enforce Boyce Hydro Power, which was ignoring safety hazards. Johnson said in 2018, the Federal Energy Regulatory Commission (FERC) told Boyce it needed to increase the spillway capacity on the dams. Essentially, Boyce was told to extend the space on the side of the dam because it was not wide enough for a large flood.

"According to FERC, and I'm quoting in a document from February of 2018," said Johnson, "'Failure of the Edenville Dam could result in the loss of human life and the destruction of property and infrastructure.' Prophetic words."

Johnson said then the State of Michigan took over the dam in September of 2018, after FERC revoked Boyce's license. However, the spillway capacity was still not increased.

But Johnson said the flood victims could be waiting years longer for compensation. The lawsuit against the state is currently in the Court of Claims. Johnson believes it will not go to trial until 2024 at the earliest, and the state will also appeal.

"And that means, almost assuredly, for a year and a half, will be spun off into appeal, waiting for three other Court of Appeals judges to look with Judge Stevens, on the court of appeals, has already done, and therefore further delay what you folks know," said Johnson. "And if it looks like a footprint or a redo of the Flint Water [crisis], that's exactly what is happening. And the state is doing it in the same way."

Credit: AP
The remains of the Edenville Dam, as seen on Wednesday, May 20, 2020 in Edenville Township north of Midland. After two days of heavy rain, the Edenville Dam failed and flood waters rushed south, ravaging the landscape in its path. (Jake May/The Flint Journal, MLive.com via AP)

Johnson represents nearly 300 clients affected by the flooding in May 2020. He said the majority of his clients did not have flood insurance because they were not in flood zones.

Now, Johnson is calling on Governor Whitmer, Attorney General Nessel, and U.S. Senators Stabenow and Peters to speed up the litigation process and bring closure for the flood victims. He is also asking citizens to contact their local, state and federal representatives, urging them to do the same.

More than 20 other law firms have also filed lawsuits against Boyce and the State of Michigan. 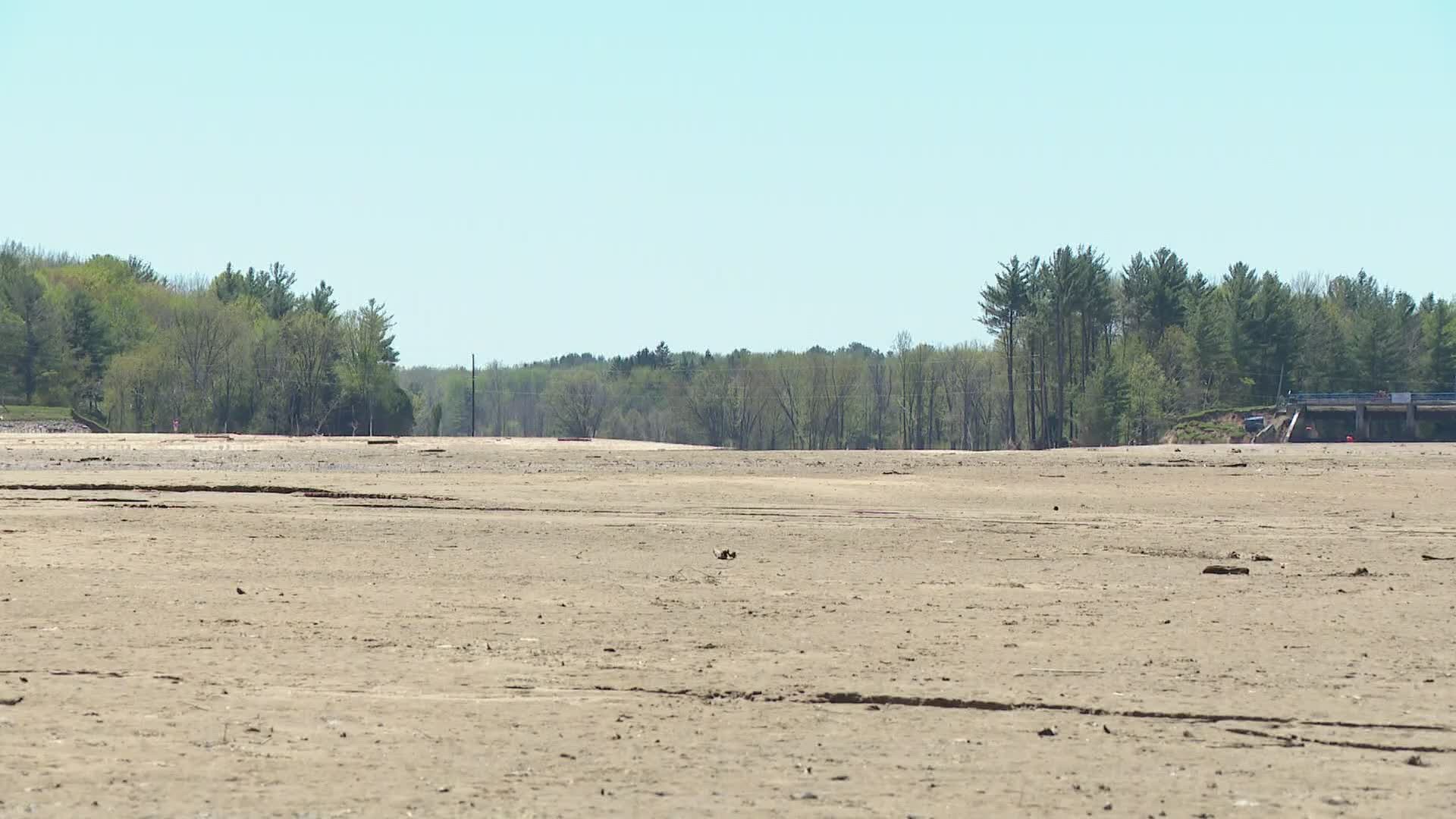