Superintendent Jeff Wright says the district doesn't have a shortage of full-time bus drivers, but they don't have enough substitutes to fill in behind the wheel. 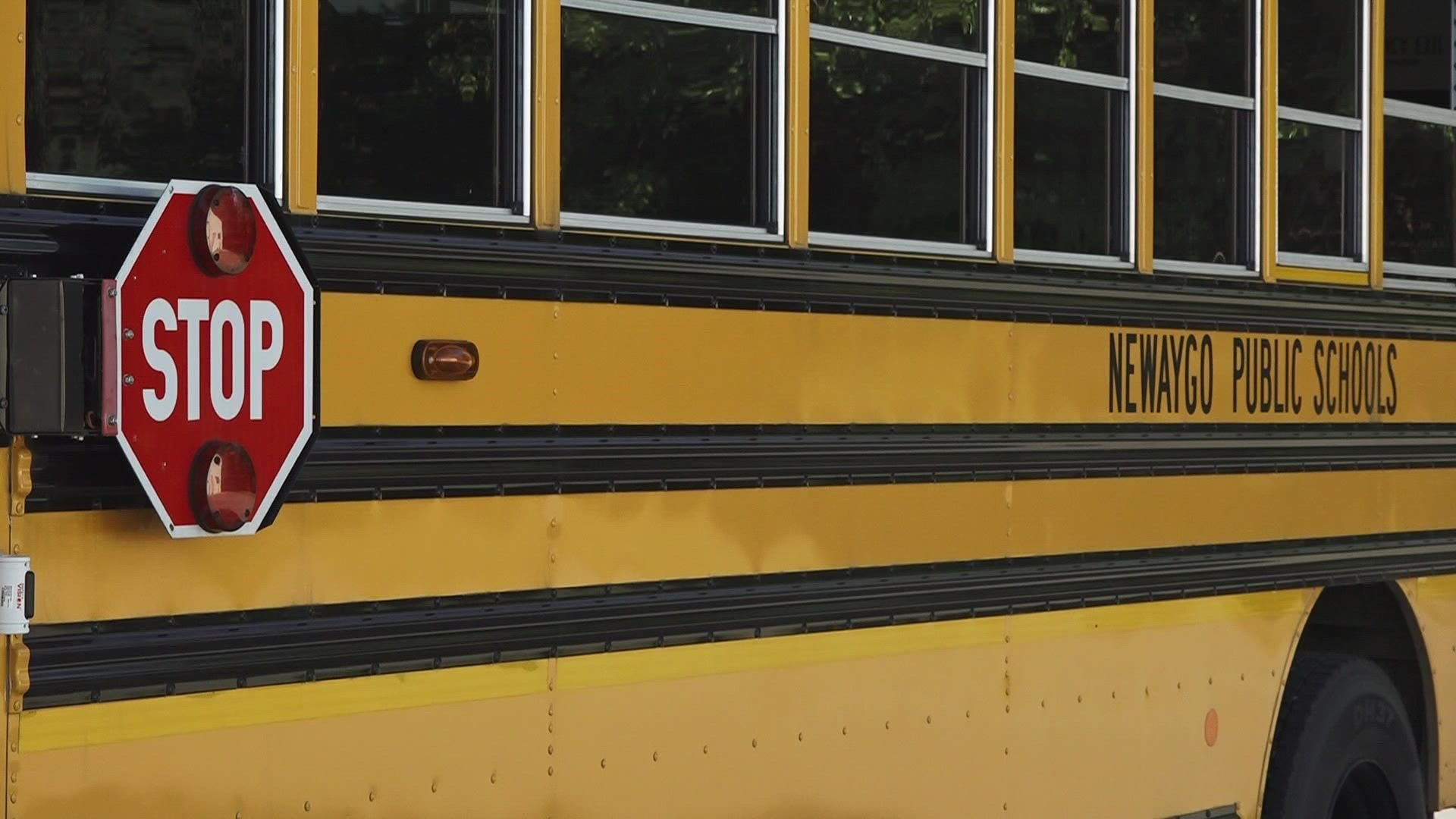 NEWAYGO, Mich. — More students were absent Wednesday from Newaygo Public Schools today after bus service was cancelled for the rest of the week. Parents are on their own getting their children to and from school through Friday.

Superintendent Jeff Wright says the district doesn't have a shortage of full-time bus drivers, but they don't have enough substitutes to fill in behind the wheel.

Six out of fifteen bus drivers were out sick or on PTO, and Wright says they made the decision to cancel bus services for the rest of the week because they had capacity and safety concerns.

"When we look at those combined routes or taking a bus to a spot and picking up our kids at a spot at some locations in our district, we wouldn't know how many kids we would get on the bus and wouldn't know how they would get from the spot to their homes in a safe manner," he says.

About 85 percent of students were in school on Wednesday. The attendance rate is usually around 92 to 95 percent in the district.

Wright says he expects bus services to be restored next Monday.

Newaygo parent Jessica Mock says she's worried about how she's going to get her kids to school.

"For children like mine with a single mom trying, but with no vehicle to get to school, it's hard enough," she says.

Mock made it work Wednesday, but with bus service suspended for the rest of the week, that leaves questions for her and other families.

"I'm concerned about their education, obviously, because if they can't get there and I don't have the means by any means to get them there, how are they supposed to play their games or learn? How is that supposed to work?" she says.

Superintendent Wright says he apologizes for putting district parents in a tough position. He hopes more people apply for fill their substitute bus driver pool to avoid running into this situation again.

With hundreds of students left in the balance, many parents stepped up to help.

Newaygo parent Jamie Hance is one of them. She put out the call on social media, offering the extra seats in her car and a ride to school.

"We're really lucky, and riding the bus is an optional thing that we do because the girls want to, but a lot of parents aren't in that position," she says.

She hopes parents don't hesitate to reach out to her or another parent.

"It's a better option that keeping kids home from school which again puts parents in a position," Hance says.