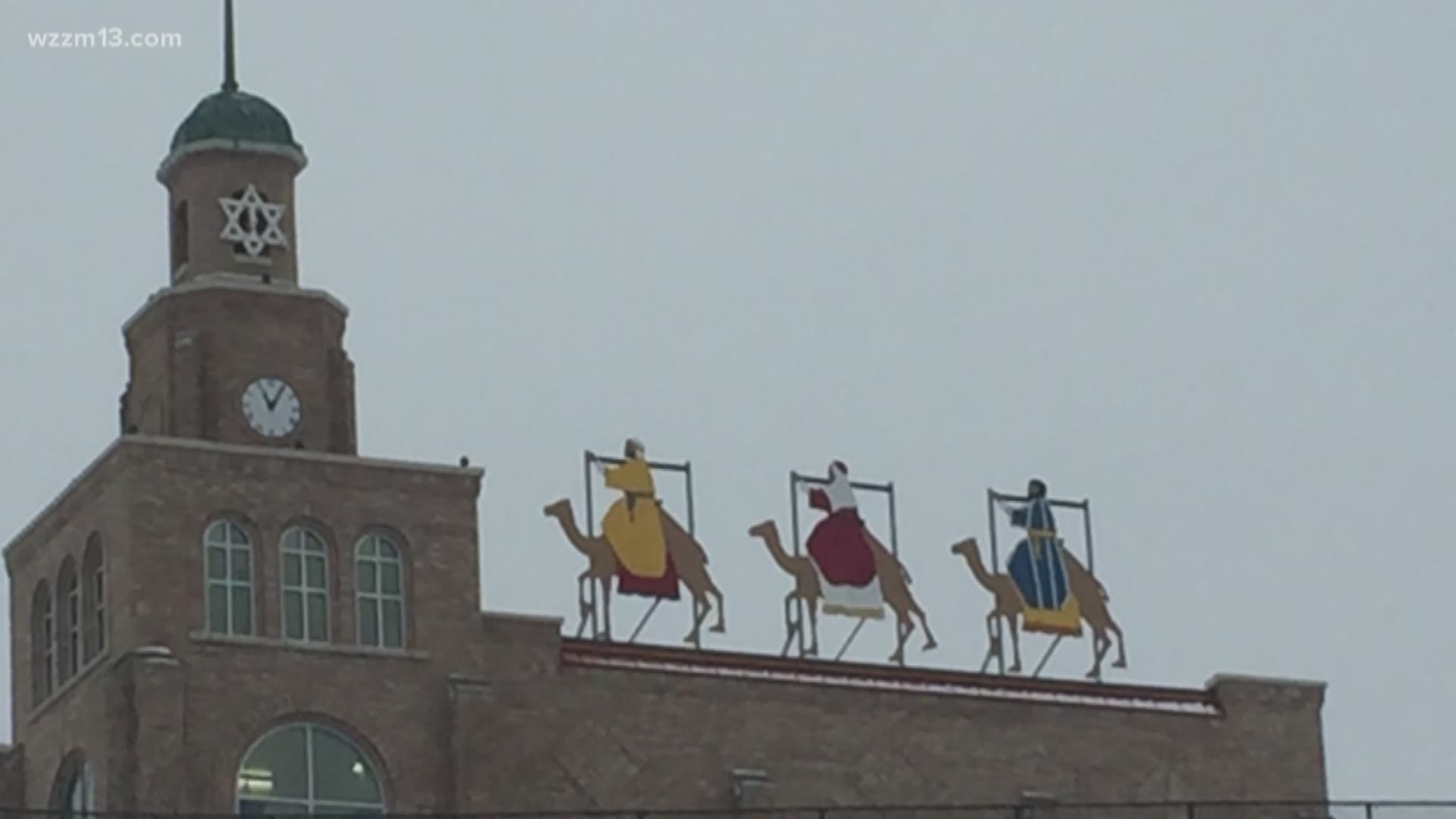 NEWAYGO COUNTY, Mich. - The Newaygo Public School district could face legal action if three wise men and a star aren't removed from one of the district's buildings.

A state association involved in separation of church and state cases put the district on notice this week.

The issue and possible removal of the display is becoming the talk of Newaygo as residents prepare for Friday night's Christmas walk. Residents say the display goes back more than 40 years.

"Here it's a tradition," said Stacie Johnson. "You can see it coming from White Cloud."

Johnson and more than 2,000 others have signed an online petition asking the school district to leave the wise men and star in place.

"It clearly conveys the message of the Christian nativity," said Mitch Kahle, with MACRA.

The association gets involved in separation of church and state issues around the state on behalf of local citizens.

"We were approached by a complainant from the area," said Kahle.

"And they have promised to get back to us by December 7th," said Kahle.

"You have a public school that's promoting the story of the Christian nativity and that's not permitted under the Constitution," he added.

If the display does come down, supporters are working to secure permission to place it on a tall hill on the north end of Newaygo. They selected a site that's private property and would likely withstand any legal challenges.