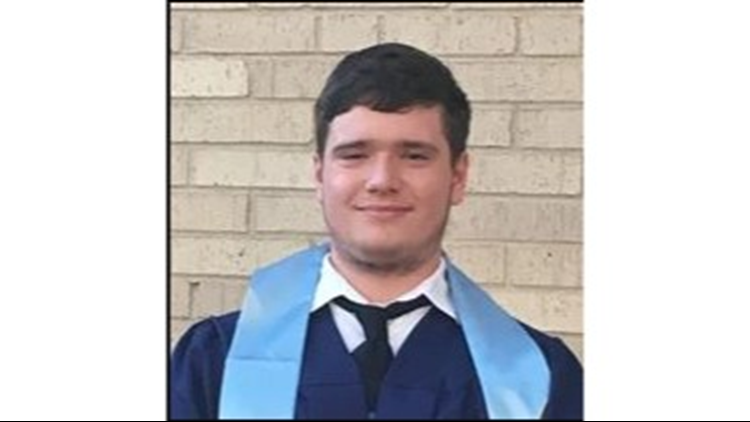 Family and friends gathered Monday to remember Marcus Olmstead, who was found shot dead by a crossbow arrow in the driveway of his Norton Shores home last week.

Olmstead was last seen going to wait outside for a girl he had been messaging on Instagram, but the meeting had actually been set up by the girl's boyfriend.

Olmstead was later found by his twin brother.

Police arrested Nyoky Steven Bull of Grant on Thursday in connection with Olmstead's death on Wednesday, which was ruled a homicide.

Olmstead, 20, was born in Grand Rapids, but lived most of is his life in Norton Shores, according to his online obituary. A 2017 graduate of Mona Shores High School, he enjoyed participating in the choir and playing football.

Olmstead is remembered as someone who was patient and gentle with children and animals. He attained the Life rank in Boy Scouts and spent time as a camp counselor and mentor.

Described as "an MSU college football fanatic," Olmstead attended Muskegon Community College while working as a cashier at Menards, but dreamed of one day going to MSU.

According to a news release from police, Bull "discharged a crossbow at the victim striking him in the torso and killing him in his driveway ... The suspect knew the victim and this was not a random act."

Bull was taken to the Muskegon County Jail on an open murder charge and arraigned on Friday.

According to the Muskegon Central Dispatch inmate database, Bull is being held at the county jail without bond and is due back in court on Jan. 16.

Visitation is 1-3 p.m. at The Lee Chapel on South Harvey Street in Norton Shores, the funeral will immediately follow. The family asks that contributions in his memory be made to the American Society for the Prevention of Cruelty to Animals (ASPCA).