Since 1903, the Scottville Clown Band has entertained millions of people around Michigan, but 2020 took a toll, putting the band in financial hardship. 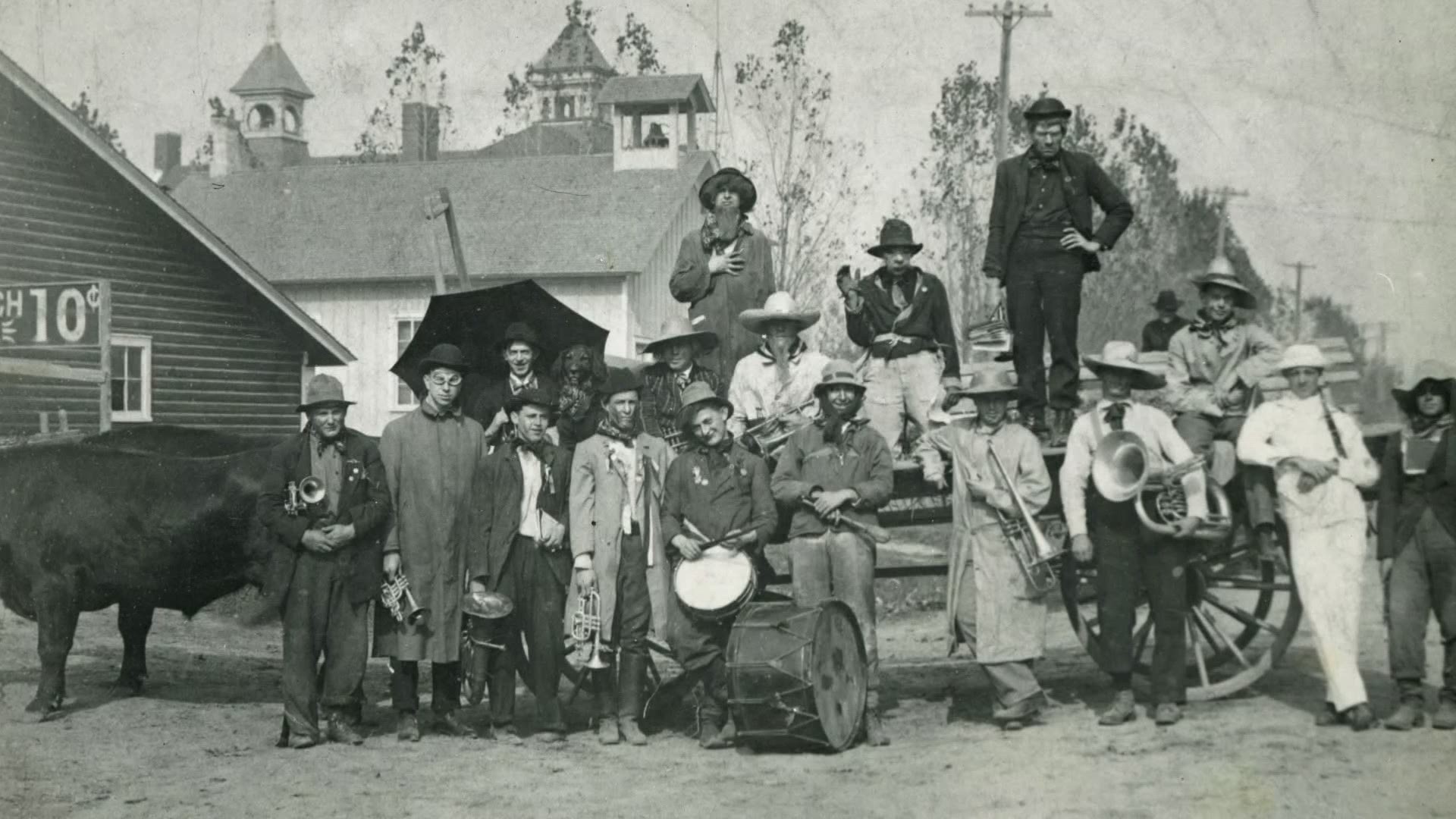 GRAND RAPIDS, Mich. — Avid Michigan parade and festival-goers should be familiar with the 'Scottville Clown Band,' which has been entertaining millions around the state since it formed in 1903.

On the heals of a gig-less 2020, due to COVID-19 and the subsequent shutdowns, and with an unpredictable performance schedule for 2021 ahead, the legendary band finds itself seriously strapped for cash to cover expenses, and is in need of financial help to continue.

Credit: Mason County Historical Society
Before it became known as the 'Scottville Clown Band' after World War II, it was known as The 'Merchant Band.'

The band formed 118 years ago in Scottsville, Mich., which is located about 10 miles east of Ludington. It was known then as 'The Merchant Band' and only had around 20 members.

The band was popular and performed a lot until a it was forced to stop in the early 1940s.

"When World War II began, the band ceased to exist," said George Wilson V, who is the current 'Street Leader' of the Clown Band. "The band suspended operations from 1942 to 1946, then started back up again in 1947."

Credit: Mason County Historical Society
This is a photo of the 'Scottville Clown Band' marching in Traverse City's Cherry Festival parade in 1952.

That was the year George's father, George Wilson IV, became the Street Leader. He left for a 4-year stint in the Air Force in 1948, but when he returned in 1952, he reclaimed the role, which he held until his death in 2012.

Credit: George Wilson V
George Wilson IV was the 'Street Leader' of the Scottville Clown Band from 1947 until his death in 2012. He carried the same plunger for 60 years!

"It was right after the break during the war when the band became known as the 'Scottville Clown Band,'" said George. "That's when members of the band started dressing like clowns, hobos and bums and that's the way it's been ever since."

As the decades rolled forward, the band grew in size (over 200 members today), and so did it's annual performance schedule (around 40 gigs booked annually).

"We have teenagers as members of the Clown Band as well as guys in their 90s," George said.

The Scottville Clown Band is a 501 (c) 3 non-profit organization. Every band member is a volunteer, and all of the money generated through performances goes towards covering expenses and is placed into a scholarship fund which is offered each year to young performing arts students who qualify.

"We've given over $500,000 in scholarships to young musicians in Michigan over the last 60 years," said George. "We also bought a brand new bus a few years ago because our other one kept breaking down."

The Clown Band's popularity and ability to pay-it-forward continued uninterrupted until 2020 when the pandemic hit.

"We made the decision last April to suspend the performance season," George said.

No play meant no pay for the Clown Band, and the expenses didn't go away.

"We had to suspend payment on our bus and pay interest only," added George. "Our money zeros out pretty much every year, and any cushion we have goes away in operating costs."

George says the Band has scheduled about 10-15 performances for 2021, which isn't even half of its performance schedule in a non-pandemic year.

"There's no guarantee that any of those events happen," George said. "They don't pay us if there's no performance."

"I wouldn't say that we're going to cease operations forever but we are facing financial difficulties that could force the band to sit out 2021," George said. "We would like to hit the ground running, solidly, and be able to give the best performances we can.

"The hope is we get enough money to launch the season then get financially solvent through our own efforts as we start getting paying gigs."

The Band will start gathering together and start practicing sometime in mid-April. Their first schedule performance is in Baldwin, Mich. in mid-May.

"But who knows where the pandemic will be at that point," George said. "The members are chomping at the bit to perform again and all of us are interested in making sure that the tradition continues on." 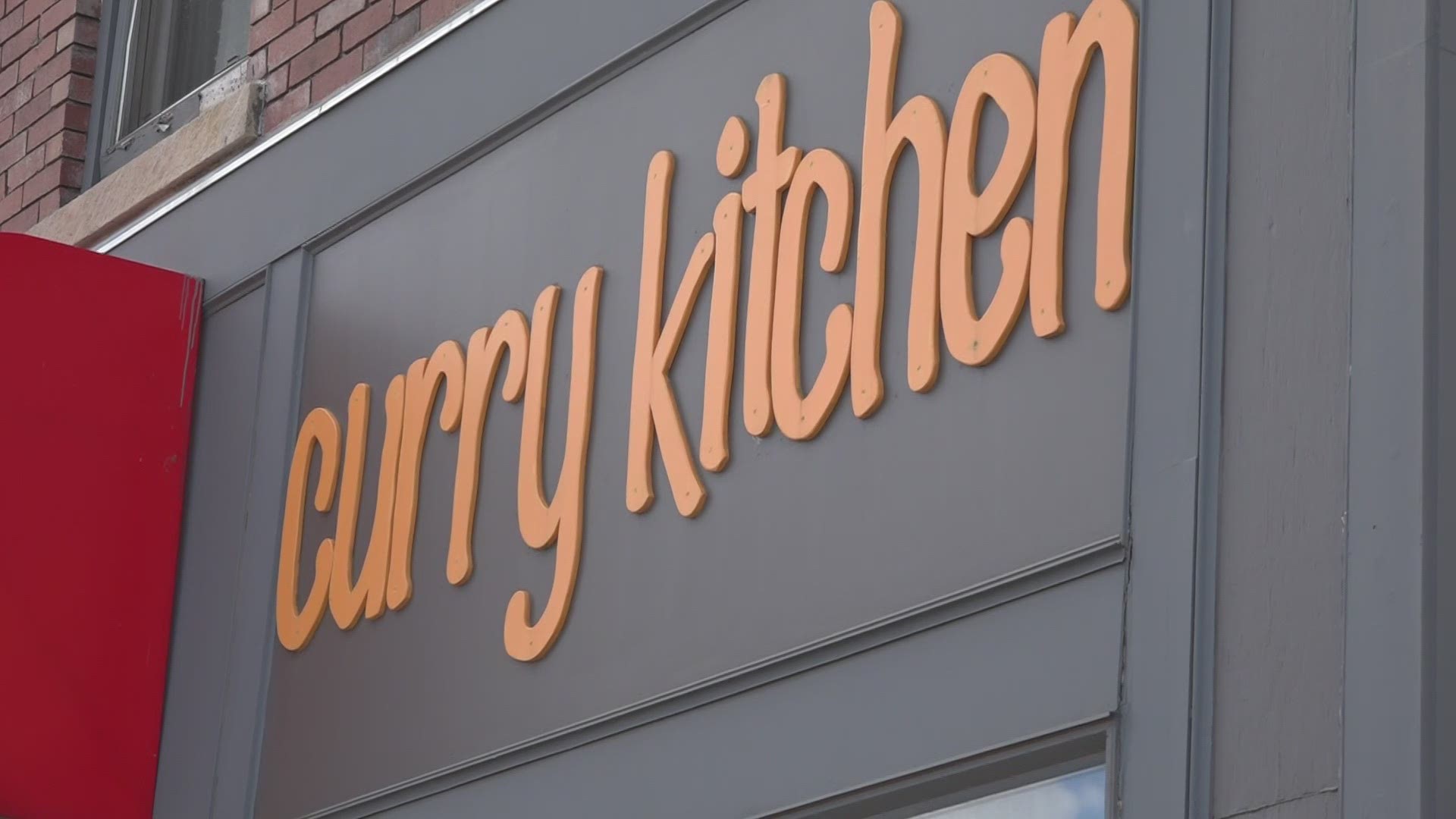