Many parents showed up to express their disappointment with the county mandate imposed by the health department last week. 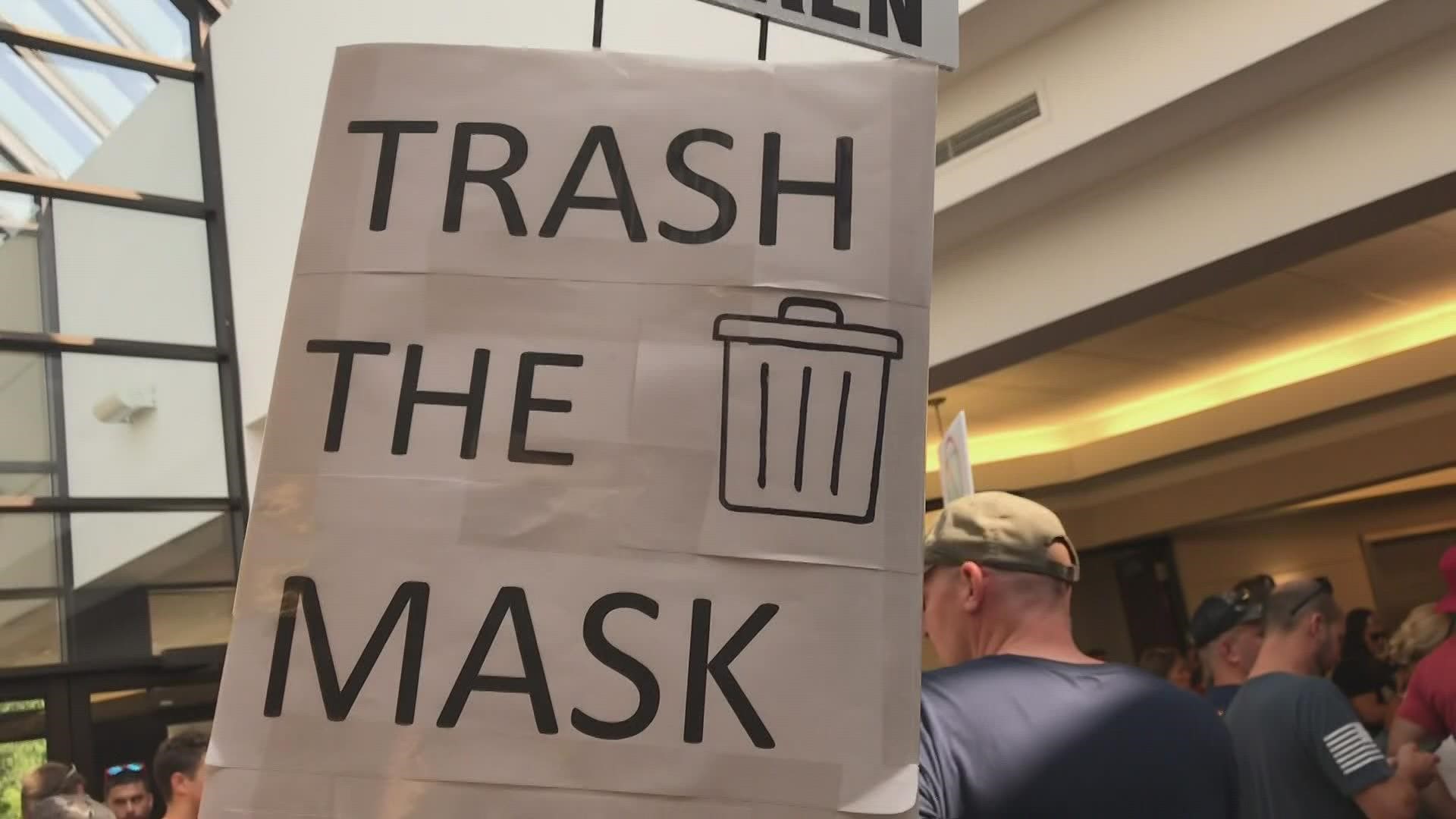 Our crew says the line to get into the meeting stretched out the door.

While there is nothing on the agenda surrounding mask mandates, many parents have shown up to express their disappointment with the county mandate imposed by the health department last week.

Parents and children waited in the lobby outside of the county commissioner meeting chanting, singing, even praying. 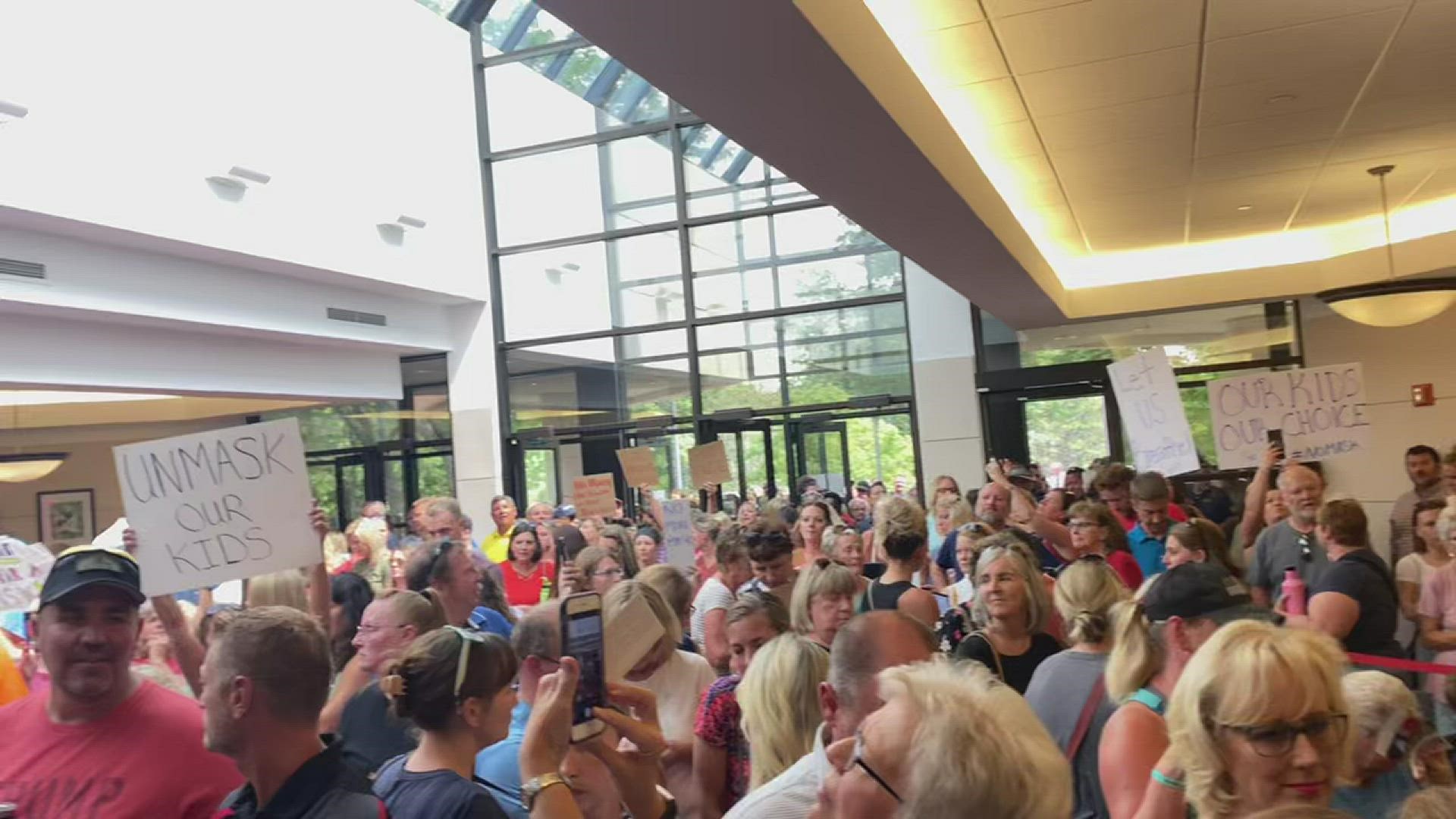 They held signs and had to sign up to get in line for public comment. Some even watched from another conference room. Commissioners listened to members of the health department as well as two heath experts via Zoom before opening the floor to public comment.

Each speaker was given two minutes.

And although the crowd outside was against the mandate, some in favor of it came to speak as well.

"Being in a classroom unmasked and unvaccinated puts kids at large risk," said a man who said he had a medically-fragile son. "It might be impossible to understand as many have not walked in the shoes of a medically fragile parent, but I know several families who've walked miles in the PICU."

Those who spoke in favor of the mandate were booed and had to be escorted out by sheriff's office deputies through the crowd.

Those not in favor of the mandate also spoke passionately at the podium.

"We're tired of the mandates, whether masks or vaccines, we're tired of being shamed because we want a choice. We're tired of feeling guilty because we're so-called selfish," said a man who says he has four children in the public schools.

Another woman said she was there for her grandchildren, saying, "I'm here to demand that the healthcare orders of Aug. 6, regarding quarantines, and Aug. 20, requiring masks for K-6 to be rescinded."

According to the Ottawa County Health Department, cases are higher in 2021 than in August 2020 and have been increasing for five consecutive weeks. Deaths in August 2021 are about the same as last year.

"The limited mask mandate order by our local health department has divided our community like no other issue in my lifetime," said Roger Bergman, the chair of the Ottawa County Board of Commissioners.

"No matter what side of the issue you happen to be on, we remain a community, we have survived bigger challenges before," Bergman said. "We even survived an even more extensive mask mandate last year."

Commissioner Greg DeJong echoed that sentiment of divide. He expressed his frustration with the situation and how it has attacked the commissioners even though they did not issue this mandate, but rather the health department did.

DeJong went on to tell the group that someone over the phone said they wished he'd "burn in hell."

At the beginning of the meeting, Bergman said they will not respond to comments or questions after people address the board. 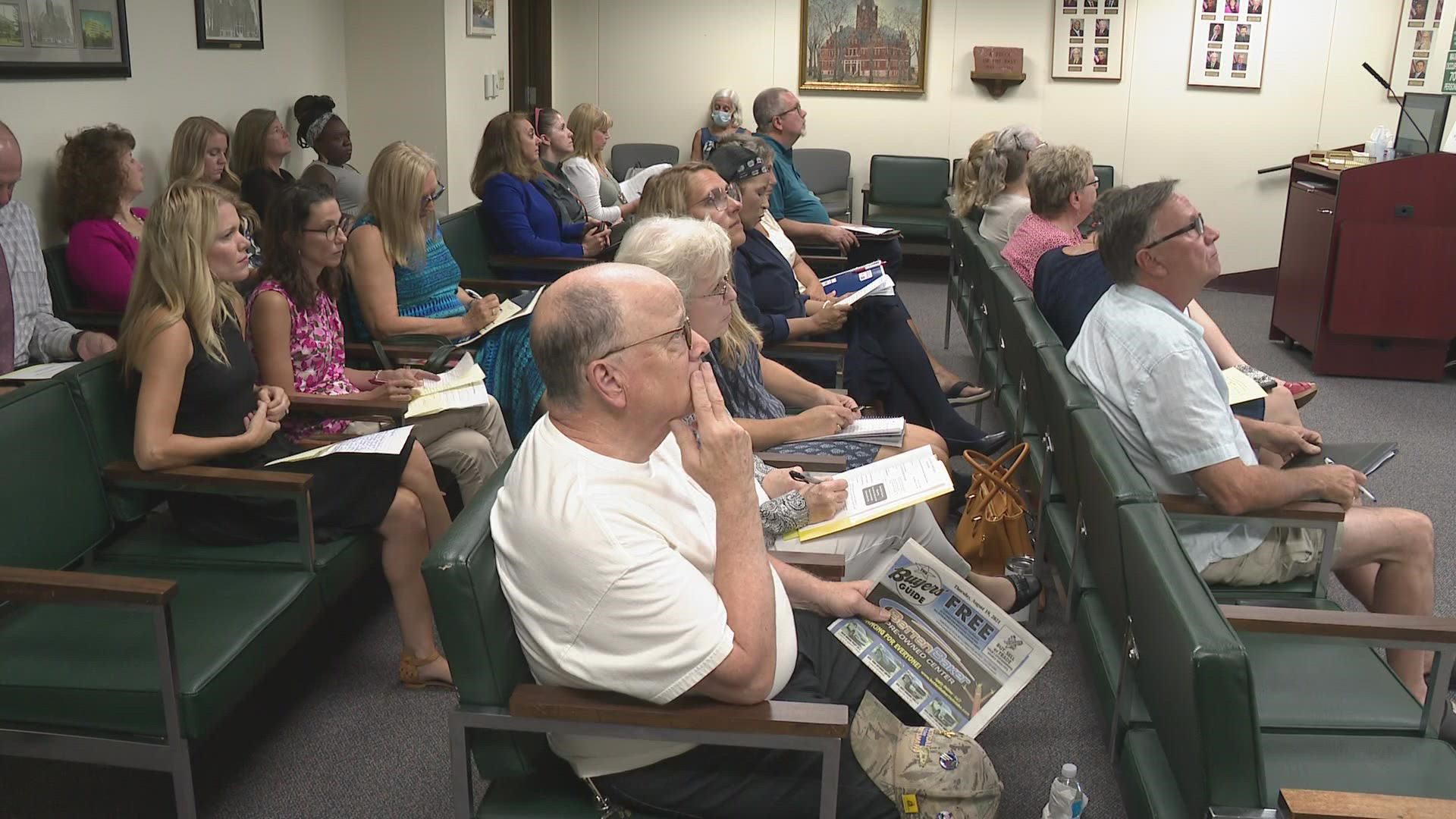