An Ottawa County man is going to trial for allegedly murdering his neighbor. 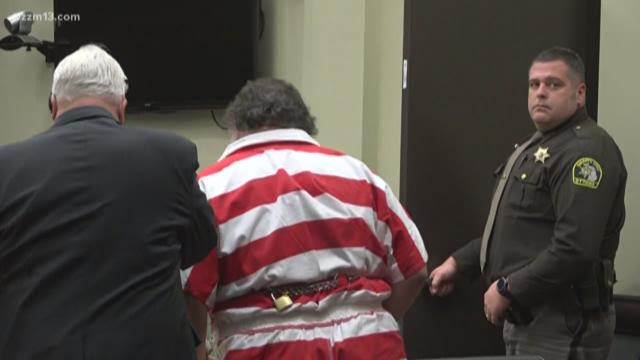 An Ottawa County man is going to trial for allegedly murdering his neighbor. In December 2017, Wendell Popejoy was arrested for shooting and killing Sheila Bonge while she was snow blowing a shared driveway.

"He would talk about how Sheila would use her snowblower and she would plow the easement driveway," Ottawa County Detective Ann Koster told a courtroom on Wednesday, Jan. 24 at Popejoy's preliminary hearing.

A shared driveway used by Bonge, Popejoy and another set of neighbors was the heated topic in the area for years. It was to the point where there was a lawsuit between Bonge, her fiance and two other neighbors.

"It was like a battlefield," Bonge's daughter, Jane Luke, testified.

It was at that easement where police say she lost her life. Bonge's brother, Jeffrey Luke, and her son were the first to find her naked body on Popejoy's property. After police found blood on a sled inside Popejoy's garage and some clothing in a burn barrel, they took him in for questioning.

Authorities say at first Popejoy denied any involvement in Bonge's death but in the early hours of questioning, he cracked.

"He stated at that point, 'Obviously I'm not going to be home tonight' and he asked for a pen and paper,"' Detective Koster said. “I, Wendell Popejoy, on the spur of the moment decided to shoot and kill Sheila,” Detective Koster read the confession letter aloud.

Popejoy admitted to shooting Bonge in the back of the head as she was snow blowing the easement. He told police he then put her body on a sled, removed her clothes and disposed of the body on his property. He went on to burn her clothes in a burn barrel.

Police say Popejoy admitted to throwing the gun off the Eastmanville Bridge into the Grand River days after the murder. Authorities have yet to find it.

"He stated that he was sorry for his actions but he was not sorry that she was gone."

It was no secret Popejoy and his girlfriend Rhonda Clark had disputes with Bonge.

"She was an evil woman," Clark testified.

Popejoy told police Clark was home at the time of the murder and came out and asked what he did, and he responded, 'I took care of the problem.' Clark denied that ever happening.

"No I didn't," she told the Prosecutor. "Not accurate?" he asked back. "Nope," she responded.

After two hours of testimony a Judge bound the case over.

Bond has been denied for Popejoy, he will be bound over to Circuit Court Feb. 5.