A recent surge in Kent County overdose deaths is putting a financial strain on the medical examiner's office, which handled more than 400 autopsies in 2017. 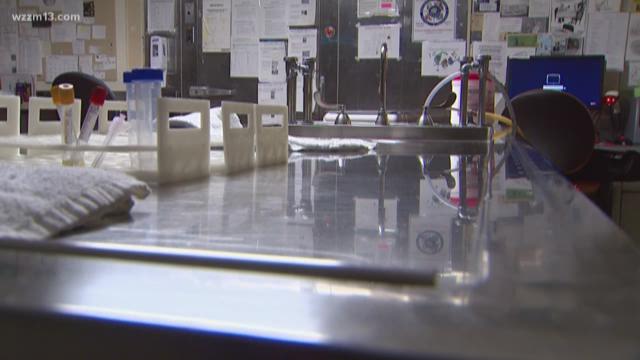 A recent surge in Kent County overdose deaths is putting a financial strain on the medical examiner’s office, which handled more than 430 autopsies in 2017.

“Every year I say I can’t control who’s going to die and I can’t just stop doing autopsies in November because we’re out of money,’’ Kent County Medical Examiner Dr. Stephen Cohle said. “And the county has been understanding of that, I must day.’’

His office performed 355 autopsies in 2016, which was down slightly from the previous year. That all changed in 2017.

Cohle and his associates performed more autopsies due largely to an increase in overdose deaths, he said.

“I think it already is alarming because of the numbers of deaths that we’ve had,’’ he said. “It’s just all over the place.’’

Cohle said his office exceeded its budget by $350,000. He said he plans to ask for additional funds for the upcoming fiscal year to deal with the anticipated increase in opioid-related deaths.

"The county likes it when we come in under budget,'' he said. "It simply won't be possible for last year.''

Kent County recorded 137 overdose deaths in 2017; an increase of 47 percent from the previous year. That number is expected to rise once another 24 pending cases are resolved.

About four in five fatal overdoses involve an opioid. Fentanyl was found in more than half of the opioid deaths.

“We’re seeing overdoses from just fentanyl and heroin mixed with fentanyl,’’ Cohle said. “That combo is extremely common these days and it’s not slowing down.’’