A one-on-one interview with State Rep. Lynn Afendoulis who is running for a seat in the U.S. Congress. 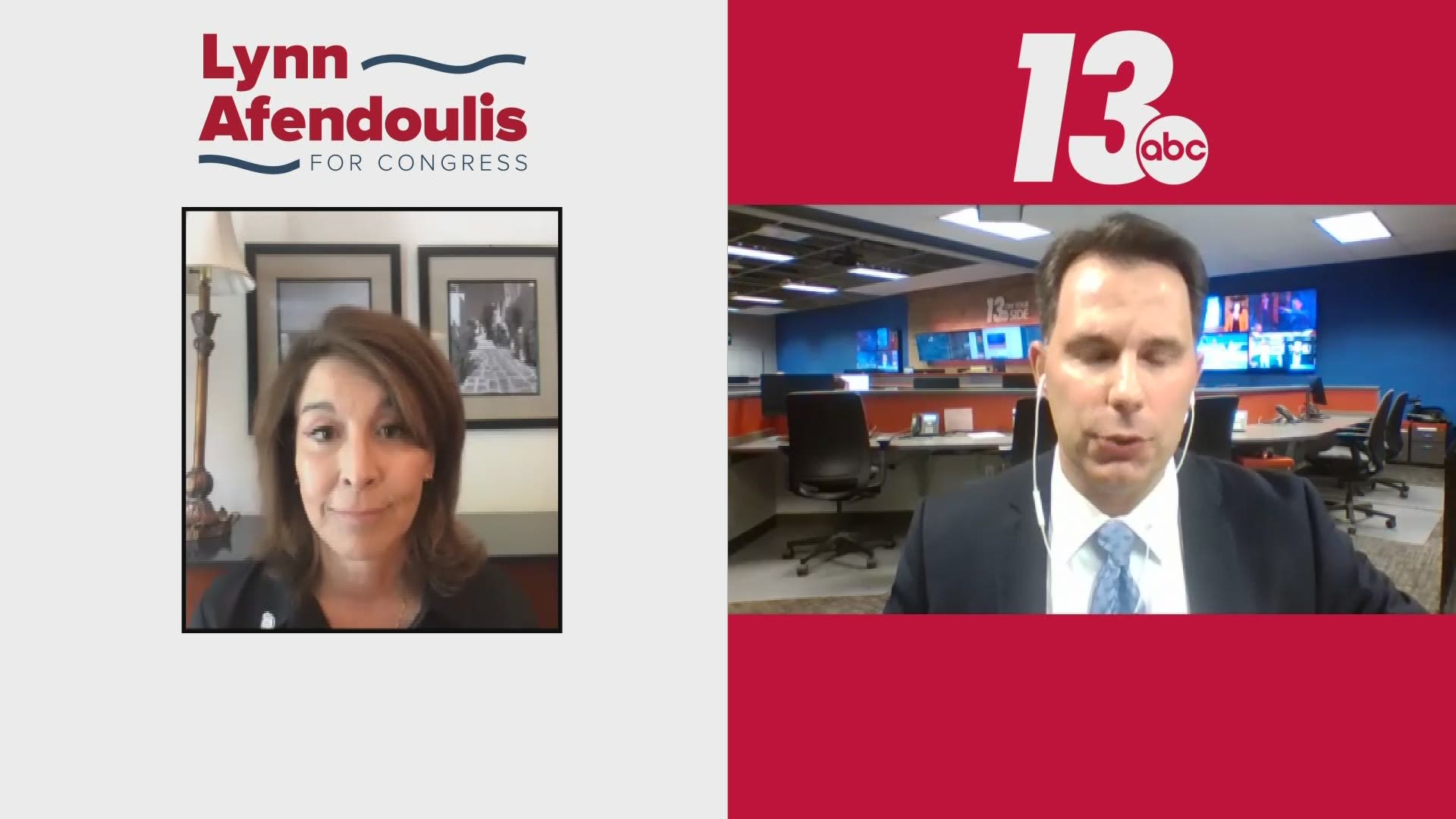 GRAND RAPIDS, Mich. — Five republicans want to replace outgoing congressman Justin Amash in Michigan's 3rd Congressional District. Voters will pick who that candidate will be on the Aug. 4 primary.

This week, 13 ON YOUR SIDE is doing one-on-one interviews with each of the five Republican candidates competing in the primary. Monday's is with State Rep. Lynn Afendoulis.

Afendoulis in her first term, representing Michigan’s 73rd District. Before being elected to public office in 2018, Afendoulis worked for Universal Forest Products, including 15 years as the director of corporate communication.

Here are a few of the questions asked:

AFENDOULIS: I believe good police and good law enforcement do. And I believe there are bad apples. When it happens, we isolate and take care of those people. And build on what's good. We don't throw the baby out with the bath water. We don't take what's good about an institution and ruin it or dismantle it.

AFENDOULIS: I believe the president's policies have been strong. I believe this president has gotten more done than most president's I can remember in a very short period of time, and in the face of some incredible odds and headwinds. So I support him and his efforts and I respect him and I respect the office. And I think he's done a remarkable job given what he's been dealt.

NICK: Would you vote for another direct-aid COVID stimulus right now?

AFENDOULIS: I can't just say that absolutely because as we look at the stimulus packages, as we make sure they are disseminated in a manner that pays for only COVID-related issues, that doesn't let states that have had bad fiscal policy or have been irresponsible to benefit. So we have to be very careful about who gets it, how they get it.

NICK: You have been attacked by one of your primary opponents for having pledged not to raise taxes while running for the legislature then doing so once you got there. Would you like to respond to that?

AFENDOULIS: Sure, cause I've not voted to raise taxes. I think they're talking about what is called the Wayfair Decision.  We created law that was a tax parity issue. It saved Main Street, Michigan from the Amazons of the world and required them to collect the same taxes that Main Street, Michigan has to collect. And the funny thing about that is, my opponent's family - the Meijer family - and their trade association supported that and actually gave me Legislator of the Year Award for that legislation itself.

The other candidates in the race are Joe Farrington, Peter Meijer, Tom Norton and Emily Rafi.