The other Texas congressman who voted against the bill was Lubbock Representative Jodey Arrington. 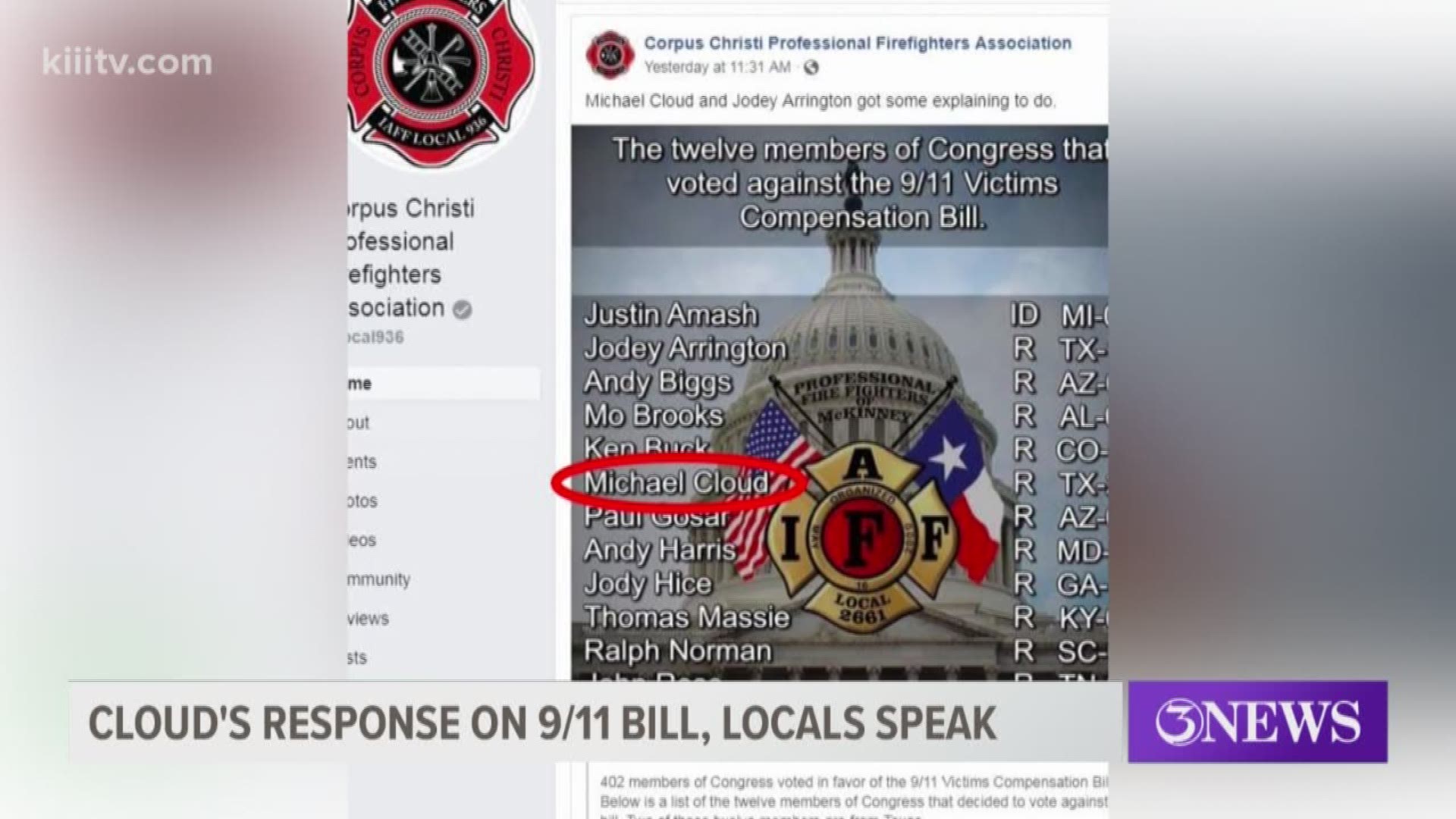 Firefighters are wondering why any member of Congress would vote against helping first responders who traveled to New York after the 9/11 attacks.

A Facebook post by the Corpus Christi Professional Firefighters Assastion stated that 402 members of Congress voted in favor of the 9/11 Victims Compensation Bill allowing its passage, but 12 representatives voted against it, including two from Texas.

The Victims Compensation Bill clears the way for compensation for first responders who were afflicted with ailments after being exposed to the debris and fires during the Sept. 11 attacks 18 years ago.

According to Cloud, he didn't believe the bill was an excellent way to help first responders. Cloud was working on a similar bill that would cover all current claims and give Congress oversight to make sure all requests were being addressed.

"Of course we all want to make sure our first responders get the care they need. I talked to a lot of other representatives who agreed that this is not a good way to do it, but they felt like they had to vote for the bill just because of the name. It authorizes 70 years of unlimited spending so that Congress can make a one-time popular vote and then avoid responsibility for making any hard fiscal decisions until after we're all out of office. I'm working on a similar bill that would cover all the current claims and then make sure Congress reevaluates the fund occasionally over the next 70 years to make sure it's at the right level."

The other Texas congressman who voted against the bill was Lubbock Representative Jodey Arrington.

More from 3News on KIIITV.com: