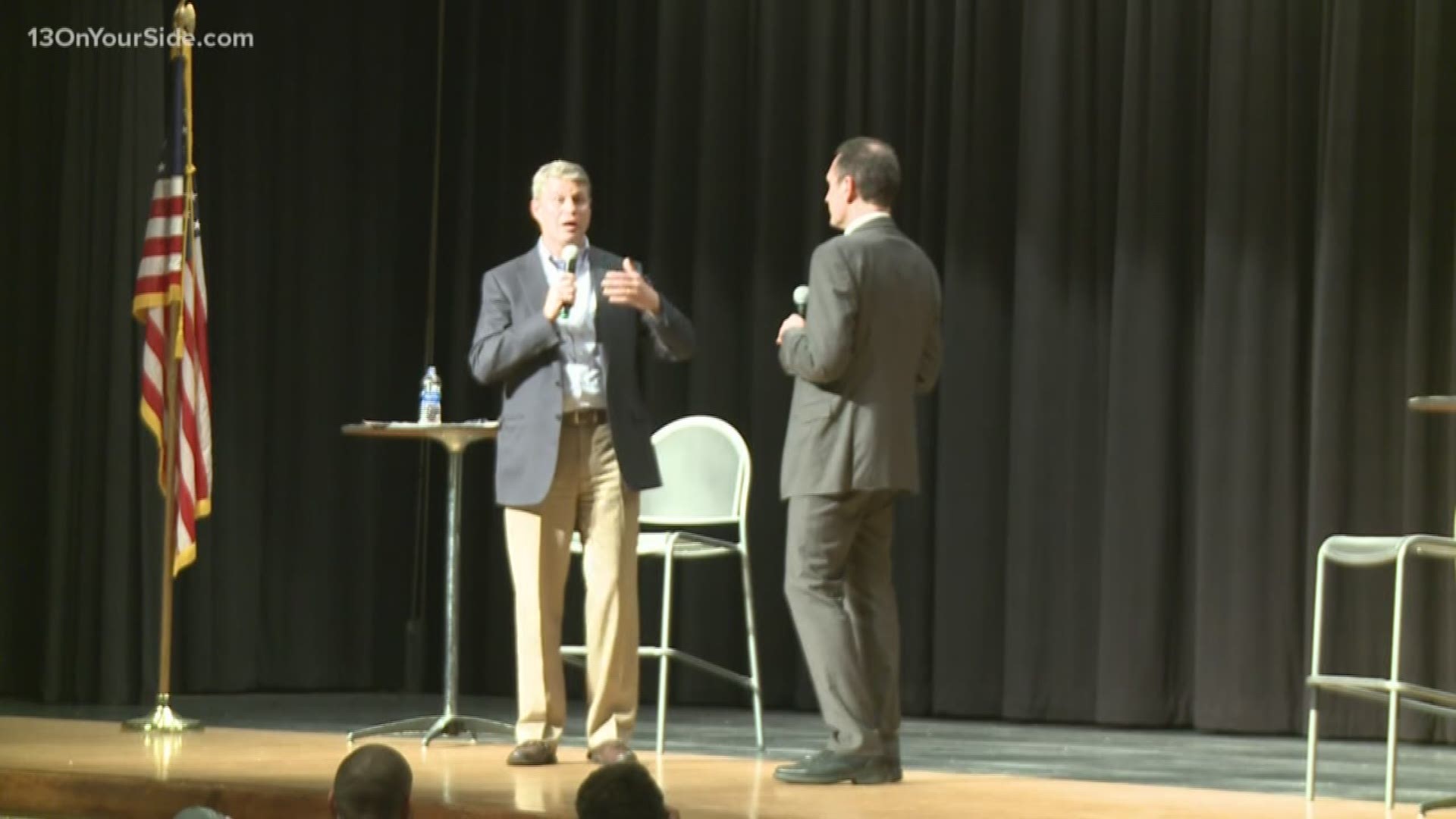 Michigan's 2nd Congressional district has a Democrat in the race.

Rev. Bryan Berghoef, a 44-year-old pastor of Holland United Church of Christ, is launching a campaign against Rep. Bill Huzienga (R-Zeeland). Berghoef is a Coopersville native who now lives in Holland, and he says he wants to "restore integrity" to the 2nd Congressional district.

"Our current leadership is moving in the wrong direction, and no longer reflects the values that I grew up with in West Michigan: empathy, compassion, honesty and welcome," he said in the announcement.

This is Berghoef's first run for political office. However, he has been politically active and his campaign pointed to a "Families Belong Together" rally that Berghoef organized in Holland in 2018 to protest the separating of families at the Southern border.

Berghoef has been an ordained pastor since 2005, first with the Christian Reformed Church, and now in the United Church of Christ. Berghoef graduated from the University of Michigan and Calvin Theological Seminary.

In the release announcing the campaign, Berghoef explains why a pastor would run for office.

“My faith compels me to take action when I see my neighbors hurting, when the marginalized are ignored and mistreated, and when God’s creation is under siege,” he said.

The 2nd Congressional district covers a large swath of West Michigan and the lakeshore. It includes Ottawa, Muskegon, Ocean, Newaygo and Lake counties as well as portions of Kent and Mason counties.

Huizenga has represented the district since 2011. The area has been solidly Republican for decades and was last represented by a Democrat in 1967.

In the 2018 midterms, Huizenga secured a fifth term, but it was a highly contested race between the incumbent and a Democratic newcomer, Rob Davidson, a doctor from Spring Lake. He lost with 44 percent of the vote.

The press announcement says Berghoef will not accept corporate PAC money, which appears to be a focus of his campaign.

"If we don’t address issues like taking care of our air and water, if we don’t reign in money in politics, we are jeopardizing the future of this country and this planet for our children and our children’s children. It’s time to walk a new path, one which leads to wider flourishing for all," said Berghoef.

According to paperwork filed the with Federal Election Commission, Berghoef listed an address that is just south of the 2nd Congressional district in the 6th District. While it is constitutional for people to represent a district they do not live in, it is widely considered politically advantageous to be a resident of the district.

"Bryan is aware of where he lives," said Rob Davidson who is volunteering with the campaign. "He is a pastor in the 2nd District, his kids go to school there and his entire life is there."

"He feels an emotional and personal connection to the district," said Davidson. "Bryan is perfectly situated to represent the people of West Michigan."

The Washington Post analyzed the House of Representatives in 2017 and found about 5 percent of House members live outside their districts.

Berghoef's campaign seems confident that they can flip the 2nd District to a Democrat by mobilizing younger voters and people who do not typically vote. His campaign also said they will build on Davidson's momentum from 2018.

Huizenga's campaign chair, Jim Barry, said it is too early to start talking about campaigns.

"The Democrats need to get past their primary next year and decide who their candidate is.  Right now, Bill has a job to do.  He’s focused on strengthening the economy, improving border security, protecting life, and making West Michigan an even better place to live, work, and raise a family," Barry said in response to Berghoef's campaign announcement.

Berghoef is hosting a public launch for his campaign on Monday night.

Berghoef is married to Christy Berghoef, a Holland native, and has four children.