Does Biden's vaccine requirement violate the constitution? Our expert says no

A Supreme Court precedent shows the government can mandate vaccinations. 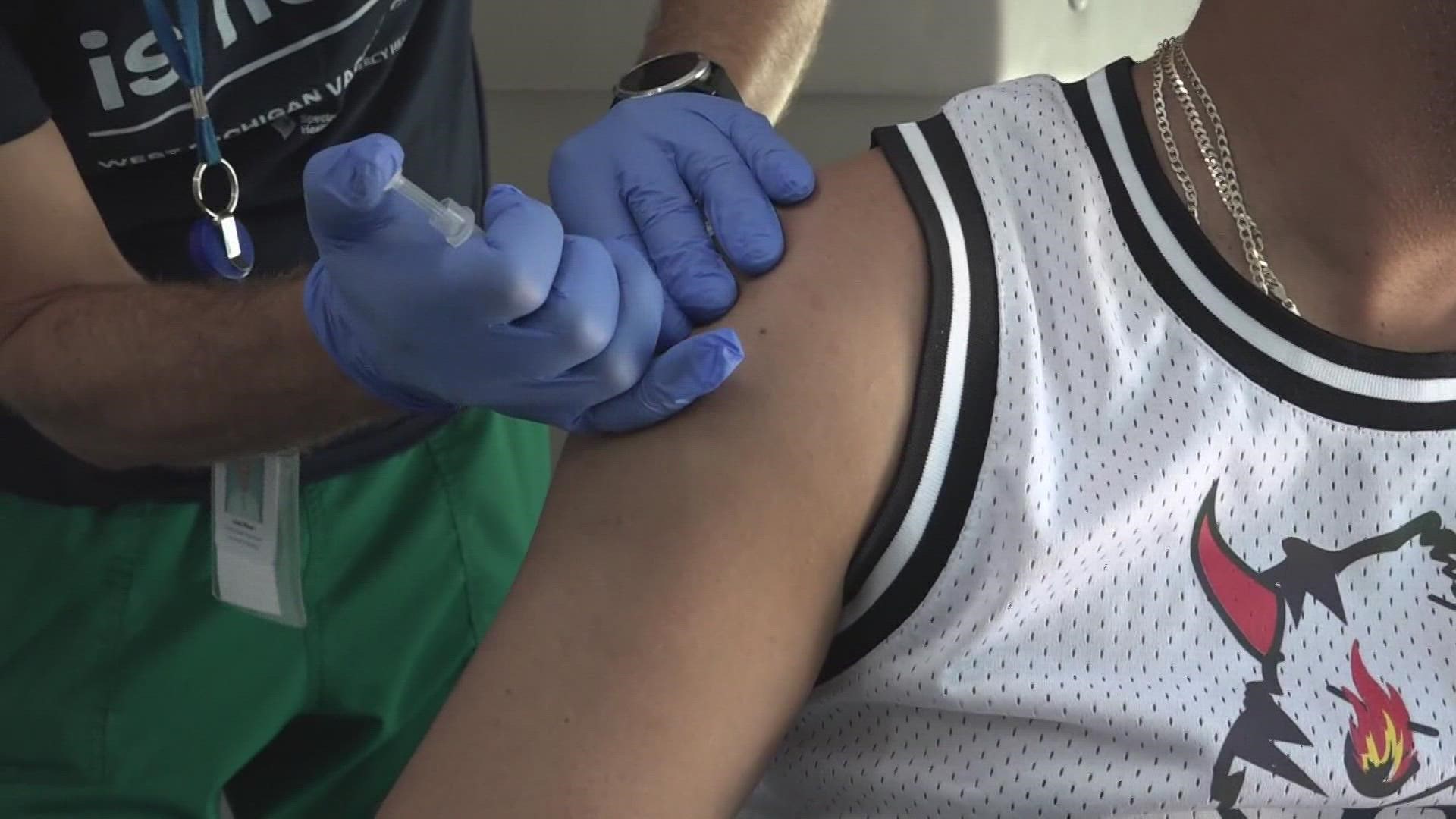 Last week, President Joe Biden announced any employer with more than 100 people on staff would be required to issue a vaccine mandate for all employees, or get tested for coronavirus once a week.

This followed an executive order mandating that all federal employees would need to get the shot, with some exceptions. The sweeping mandate has raised concerns of infringing on people's right to choose when it comes to the vaccine.

McDaniel says that interest is where any legal argument ends. Citing two Supreme Court cases, he says even if it were to be challenged in court, the order would stand.

“The Court recognized that we have to defend against bacteriological neurological enemies just as well as our common enemies," McDaniel says,  "as we would have thought of back then, right prior to World War One.”

The first case he mentioned is Jacobson v. Massachusetts, a 1905 case where the Supreme court ruled 7-2 against a minister claiming the smallpox vaccine went against his religious liberties.

The second was Zucht v. King, a 1922 case where the justices decided the San Antonio school district had legal standing to exclude unvaccinated students.

"It said that under the principles of self defense of paramount necessity," he says. "a community has the right to protect itself against an epidemic of disease, which threatens the safety of its members."

He says those cases are enough for the courts to see President Biden's requirements as protecting the greater community, meaning any individual employee wouldn't have a case.

Regardless of legality, businesses in West Michigan are concerned about the mandate.

“A lot of employers are concerned about losing talent because of this,” says Andy Johnston with the Grand Rapids Chamber of Commerce.

Johnston says the impact of the large employer requirement could scare away potential hires or force people to leave their jobs. He says members of the Chamber have expressed concern over who foots the bill if they do have to test unvaccinated employees for the virus weekly.

"Making employers the police over vaccines or having to test on a regular basis is definitely a significant burden," He says. "And should the government be making this a condition of employment?”

The White House website says vaccine requirements have made positive impacts on businesses and vaccination rates, citing a jump in vaccinated employees:

"We know these requirements work." The website reads. "At the beginning of August, when Tyson Foods announced its requirement—only 45% of its workforce had gotten a shot. Today, it stands at 72%, meaning half of Tyson’s unvaccinated workers have now gotten a shot—well ahead of the company’s November 1st deadline."

Once this rule is rolled out it won't come in the form of an executive order from President Biden, instead it will be an Emergency Temporary Statement from OHSA.