4th Democratic presidential candidate debate to be held in Ohio

An exact location has not yet been announced. 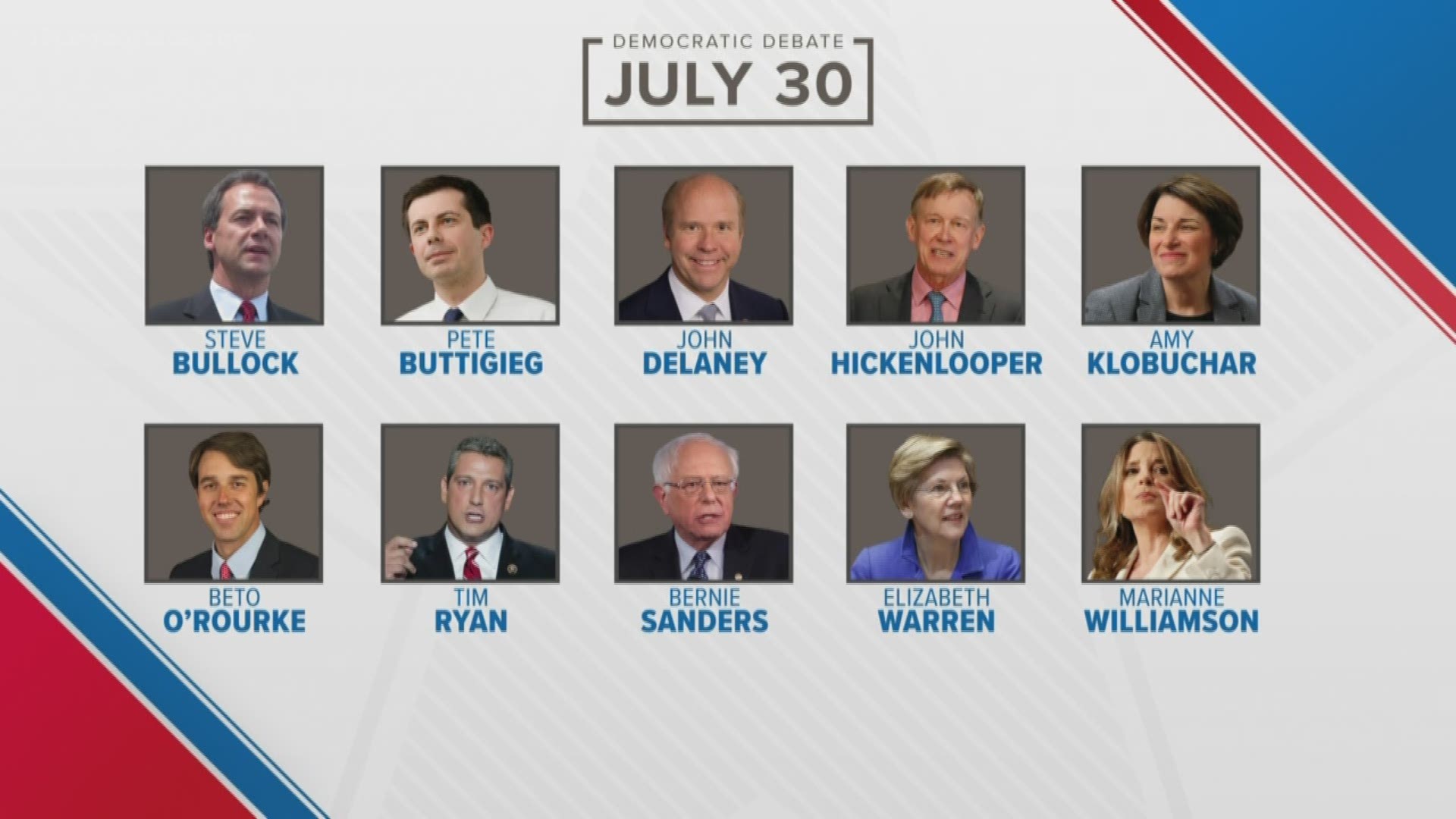 COLUMBUS, Ohio (AP) — The Ohio Democratic Party is applauding the news that the party's October presidential debate will be held in Ohio.

David Pepper is chairman of the state party. He says party officials are excited to partner with the Democratic National Committee to host the debate. A location wasn't announced:

"We're excited to partner with the DNC to bring the next sanctioned presidential debate to Ohio. As is happening across the nation, Democrats are energized, formerly Republican suburbs are trending blue and voters across the state are waking up to Donald Trump’s many broken promises. Those are some of the numerous reasons that the president's approval numbers in Ohio have tumbled 20 points since he took office."

Ten Democratic candidates have qualified for the next debate, in Houston in September. This also automatically qualifies them for the October debate:

U.S. Rep. Tim Ryan, the only Ohioan running, has not yet come close to qualifying. His campaign reported just 13,000 donors back on July 12, and he has yet to earn 2% in any poll.

TIM RYAN: Not placing hand on heart for anthem before debate wasn't protest