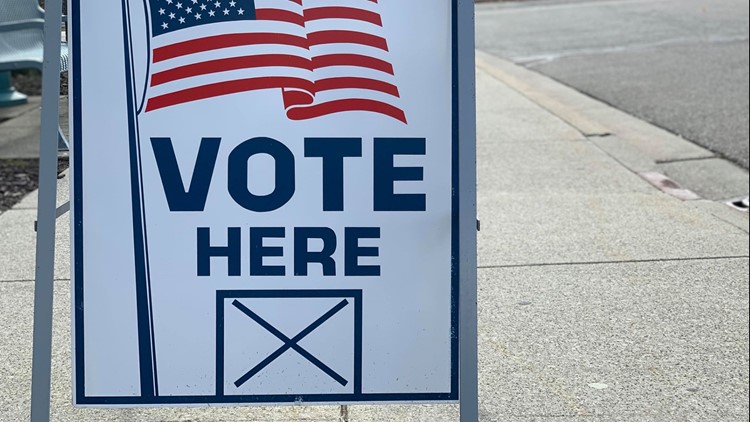 If the city decides to lean into the task force's recommendations, local elections could be moved from odd years to even years.
Author: Emma Nicolas
Published: 3:26 PM EST February 11, 2020
Updated: 10:54 AM EST February 12, 2020

The Grand Rapids Democracy Initiative (GRDI) and Empower the Citizens both proposed separate ideas that would uproot parts of the current election system in Grand Rapids.

RELATED: Grand Rapids group petitioning to get ward expansion measure on the ballot

The city commission designated an 11-person task force made up of commissioner-appointed citizens and members of the two groups to look into the issues.

GRDI brought forth the idea of changing the current ward system from three wards with two commissioners to eight wards with one commissioner each. The group also proposed that special elections be held for vacancies as opposed to city leaders making appointments.

The task force met nine times over the course of five months and held a meeting in each ward to garner feedback from community members.

Williams said the group turned to input from city leaders, past and present, community members, scholarly articles and research to understand and formulate opinions on the issues.

Williams and Marogil said they included pros and cons to each decision to offer the commission insight into their process. Marogil said that perhaps the most controversial issue at hand was the proposed ward expansion.

But, the group did not conclude that eight wards with one commissioner would best serve the community. Marogil said they recommended the commission stick with multi-member districts to increase representation.

The group's final report included a recommendation of a possible four-ward system with two commissioner per ward, which it saw as a more viable solution to the problem.

"We often heard criticism of the city commission, frankly, that it wasn’t representative and that it wasn't responsive," Marogil said. "We think that that is important to address and having more commissioners means that people have easier access to their commission."

RELATED: Grand Rapids opens voting hub to make it easier for residents to register and get absentee ballots

Don Lee, one of GRDI's committee members, says the group is intrigued by the task force's ward system recommendation and would support it going to the ballot for voters to decide.

Lee said GRDI will continue petitions for the eight ward system and the requirement of special elections to be put on the ballot.

Bonnie Burke of Empower the Citizens said their group is pleased with the task force's recommendations.

"The Mayor and the City Commissioners now have the opportunity to demonstrate that they are responsive to the citizens by following the recommendations of the Task Force," Burke said in a written statement. "We thank the Mayor and City Commission for the timely consideration of this important matter."

According to Burke, more than 6,000 Grand Rapids registered voters have also signed petitions for the two proposals; 7,500 signatures are needed to get a measure on the ballot.

Mayor Rosalynn Bliss asked that the committee of the whole review the task force's report and discuss at a future meeting.

The city commission would have to approve the recommendations made by the task force for the issues to then appear on the ballot, with the exception of election years being switched.

The city elections could be changed with an amendment by the commissioners only after a public hearing.