Peter Meijer beat out the four other Republicans vying to be on the ballot in November. 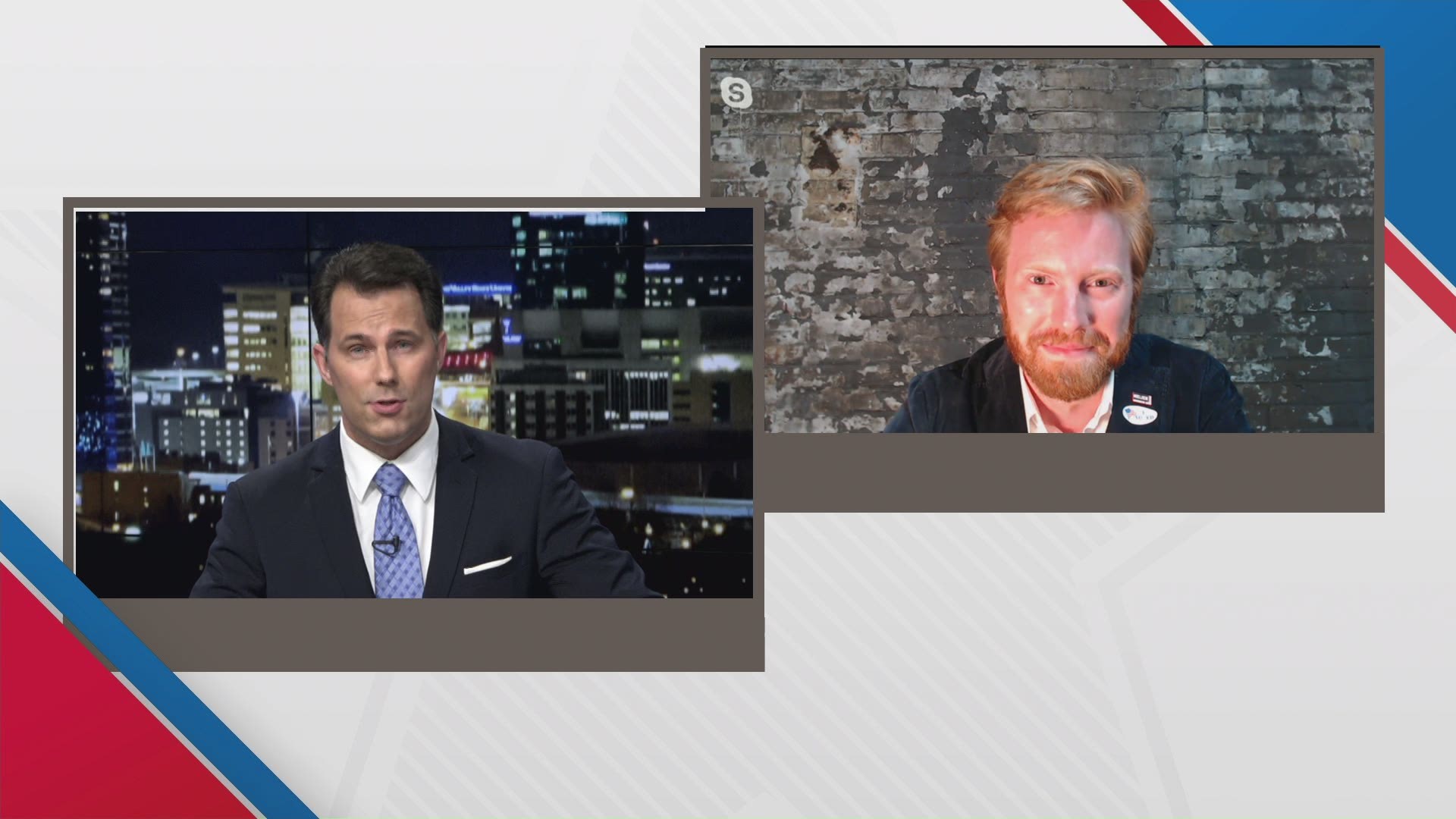 As of 10:20 p.m. with 65% of precincts reporting, Meijer had a commanding lead of 50% of the vote over his top competitor, State Rep. Lynn Afendoulis. Meijer will face Democrat Hillary Scholten in November's general election.

Meijer, the 32-year-old scion of the Midwest grocery store chain Meijer, is an Iraq War veteran who deployed for a year in 2010 as a non-commissioned officer. He then worked in humanitarian and disaster relief following weather disasters in New York, Oklahoma and the Philippines.

"From the very beginning we've been talking about how important it is to focus on what our community needs, to focus on service, and to focus on finding solutions to the long term problems that are facing this country," said Meijer. "That message is as true today as it was when we got into this race almost 400 days ago."

The race for this seat in Congress has been highly contested ever since last spring when current U.S. Rep. Justin Amash (L-Cascade Township) escalated his critiques of President Donald Trump, calling for his impeachment. Since then, Amash has left the GOP, toyed with a presidential run and said he will not be seeking re-election.

Amash has represented the 3rd District since 2011.

Latest results show Afendoulis with 25% of the vote with Tom Norton trailing her with 18%. The two other candidates, Joe Farrington and Emily Rafi, each got less than 5% of the vote.

“Tonight, I would like to congratulate Peter Meijer on the big victory in his primary. When Michigan’s 3rd congressional district needed a voice in Washington, Justin Amash turned his back on his constituents. Peter is a conservative veteran who will bring strong, stable, and effective representation to West Michigan – and never turn his back on us," Michigan Republican Party Chairman Laura Cox said.

The 3rd Congressional District includes most of Kent County, Ionia, Barry, and Calhoun counties and a part of Montcalm County. Until Amash left the GOP, the 3rd District had been represented by a Republican since 1993. But with redistricting after the 1990 census, the Grand Rapids region has not had a Democratic congressional representative since the 1970s.

While solidly red for decades, Democrats are hoping the growing Grand Rapids area will change the tide. In 2018, Republican candidate for governor Bill Schuette carried the district by only 1%.

Credit: AP
Democratic candidate for Michigan's 3rd congressional district Hillary Scholten poses for a portrait at her Grand Rapids, Mich. campaign office on Tuesday, July 16, 2019. Scholten is running to replace Michigan Rep. Justin Amash and says she raised $100,000 in the first week since announcing her campaign. Scholten, an attorney from Grand Rapids, joined the race last week, days after Amash said he was leaving the Republican Party and would seek reelection as an independent. Amash had been the only Republican in Congress to call for impeachment proceedings against President Donald Trump. (AP Photo/Sarah Burnett)

Scholten, a civil rights attorney based in Grand Rapids, outraised the Republicans in the race in the second quarter of this year.

"I'm running to bring service-orientated leadership to our district that puts people over party or politics every single time," she said.

Both Meijer and Scholten have picked up some impressive endorsements from leaders in the Republican and Democratic parties, respectively. Meijer has gained support from House Minority Leader Kevin McCarthy and the DeVos family. Scholten has been endorsed by Massachusetts Sen. Elizabeth Warren and Gov. Gretchen Whitmer.

The general election is on Nov. 3.