Michigan Secretary of State Jocelyn Benson responded to Trump on Twitter explaining that the state is sending out voter applications, not ballots. 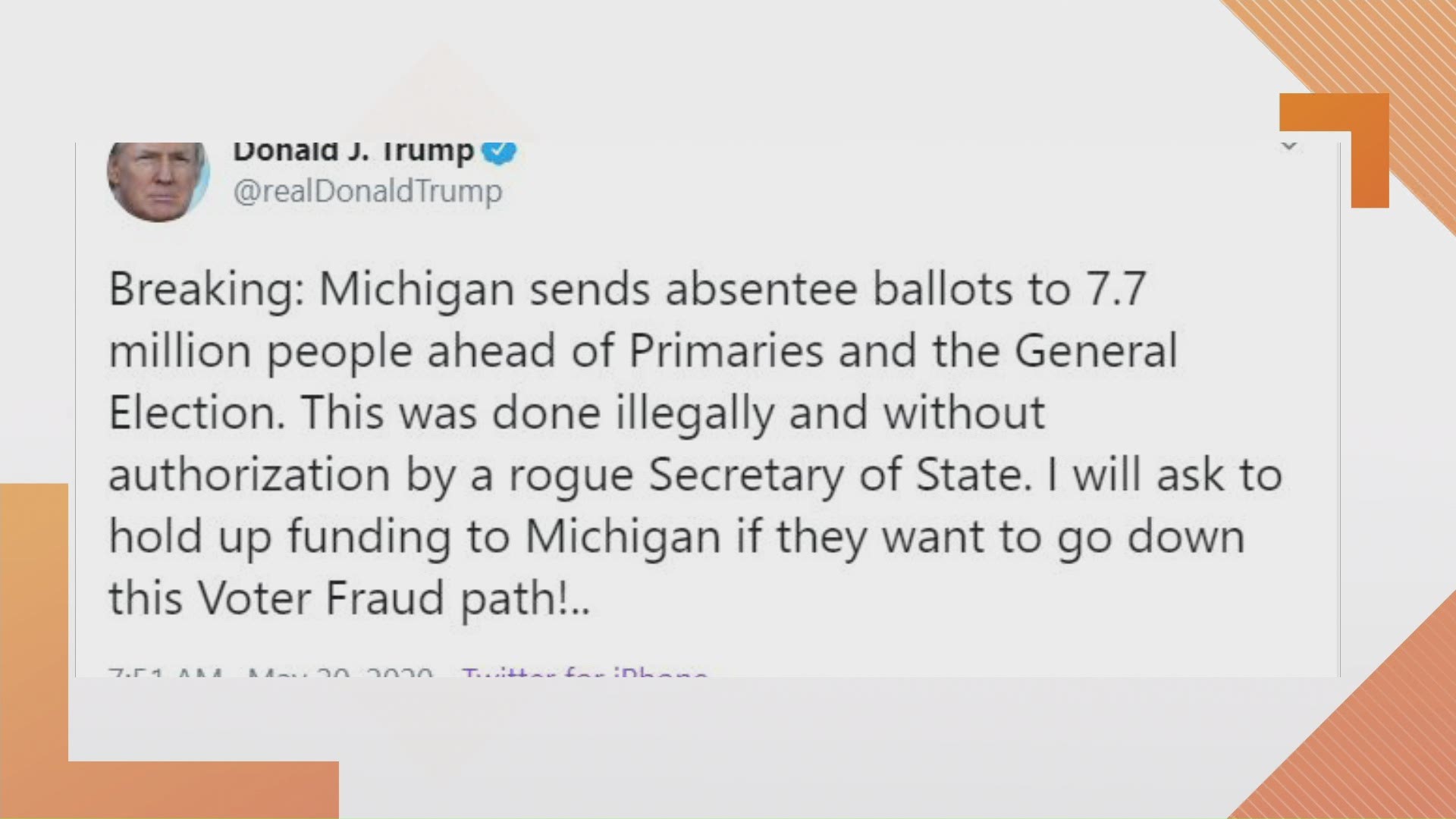 WASHINGTON — President Donald Trump said on Twitter Wednesday he wants to hold up coronavirus funding for Michigan, saying erroneously that the state had mailed absentee ballots to millions of voters.

He later backed away somewhat from that threat but stuck with his claim that widespread voting by mail promotes “a lot of illegality.” Trump targeted both Michigan and Nevada on Wednesday.

Trump has been vocal in his opposition to voting by mail. The president claims the practice is ripe for fraud even though there is scant evidence of wrongdoing with mail-in votes.

At first, he claimed Michigan was sending out more than 7 million mail-in ballots, but after criticism he corrected that to say mail-in ballot “applications." Republican election officials have sent out applications in several other states, too.

Michigan Secretary of State Jocelyn Benson responded to Trump on Twitter explaining that the state is sending out voter applications, not ballots, much like Iowa, Georgia, Nebraska and West Virginia.

Benson previously announced Tuesday that all registered voters in Michigan will receive an application to vote by mail in the August and November elections.

“By mailing applications, we have ensured that no Michigander has to choose between their health and their right to vote,” Benson said in a press release. “Voting by mail is easy, convenient, safe, and secure, and every voter in Michigan has the right to do it.”

Trump's authority to hold up funding for either state is unclear. 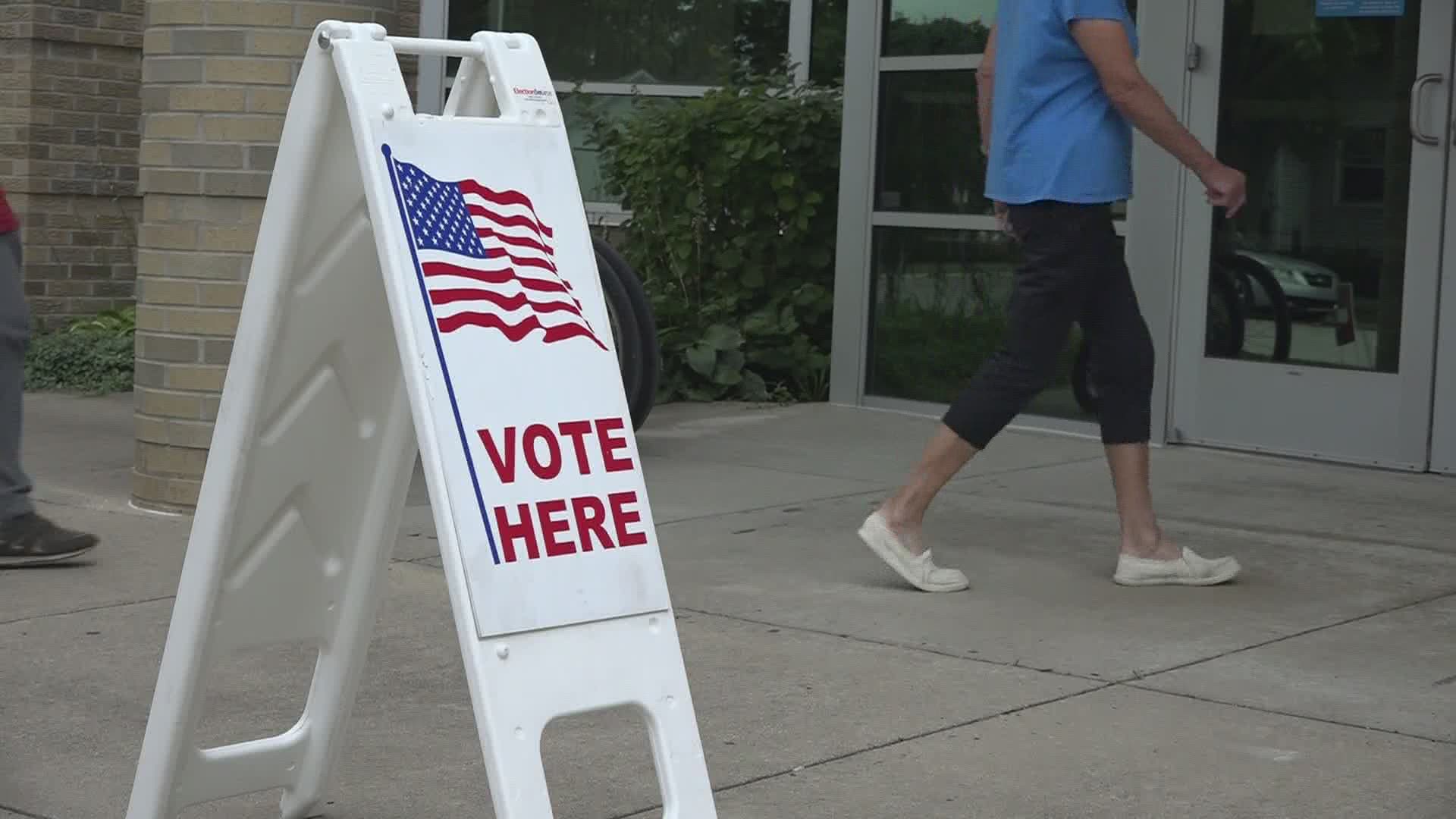