Tuesday's election was held primarily by mail, but many flocked to Walker City Hall to vote. 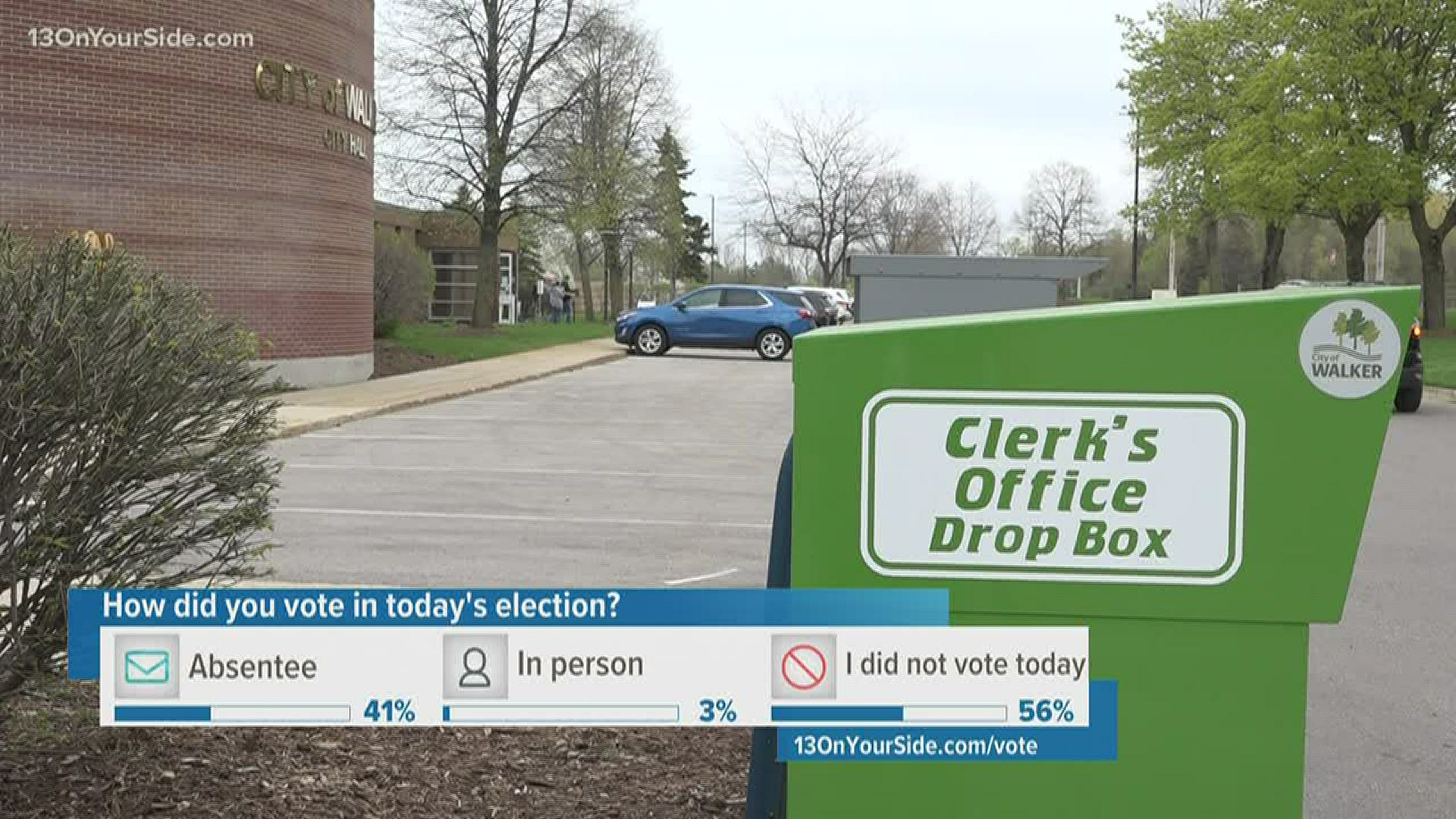 WALKER, Mich. — Voter turnout across the state is up for typical May elections, which consist entirely of local ballot issues. In Walker, people had the opportunity to cast their votes for a bond proposal in Kenowa Hills Public Schools and a millage renewal for Comstock Park Public Schools.

According to City Clerk Sarah Bydalek, voter turnout Tuesday reached 29.7%. The typical turnout for May elections in the state is 12%. Bydalek said she was particularly surprised by the number of voters who came to fill out their ballots in person.

"I figured that everyone who was going to vote had voted by mail but we are seeing a lot of people coming in person," she said.

More than 100 people visited Walker City Hall, which was the only place in the city for Walker residents to vote because of the COVID-19 pandemic. The state had given communities with elections to reschedule but many school districts needed the money from issues on the ballot to operate in the fall.

RELATED: High voter turnout for May 5 election despite COVID-19

Bydalek says it takes at least two months to plan an election and the pandemic gave them a whole new set of challenges to deal with.

"We didn’t know if we were going to have precincts open or have an election at all so once they decided to do vote by mail and have one location open for in-person voting, then we got to work," she said.

"Extremely busy with mailing absentee applications, receiving them back from voters, and then mailing them a ballot and doing all the processing of receiving them in and filing them."

Bydalek says she's very happy with the turnout and thought it was beneficial to have the city vote by mail.

"I’m all for vote by mail or like we’re doing with one precinct open and I can see it working for August. With the unknown lying ahead of us I think that’s a positive thing to do."

Though she's confident about voting by mail for the August primary, Bydalek says it's too early to tell what November's general election will look like.

More election stories on 13 ON YOUR SIDE: