Sen. Elizabeth Warren (D-Mass.) announced her support for Scholten on Twitter, saying the a Grand Rapids-based immigration attorney and former Department of Justice official "knows what it means to stand up for what's right."

Scholten is the sole Democrat in the race for the congressional seat currently filled by Rep. Justin Amash (L-Cascade Township).

"I know that she will lead from her values and make real and lasting change for the people of West Michigan. That’s why I’m proud to stand by her side in this fight," said Warren in the endorsement.

Scholten issued a statement responded to the endorsement, saying: "We're proud to add Senator Warren to the broad coalition of supporters powering our campaign, people who recognize that we're building something new here in West Michigan--a new political home for anyone who wants better healthcare, clean water, and an economy that works for everyone."

In the past year, about a dozen people have stepped up to challenge Amash for the congressional seat. However, only six major party candidates have filed to be on the August primary ballot. Five Republicans are in the running in the primary, including State Rep. Lynn Afendoulis, Joe Farrington who previously ran in 2018, Peter Meijer, the great-grandson of the founder of Meijer, former Sand Lake Village President Tom Norton and Battle Creek Attorney Emily Rafi.

Amash, who was exploring the idea of running for president as a Libertarian, announced over the weekend he will not be pursuing the White House. He paused campaigning for Congress to consider the presidency, but his campaign said that he is not officially out of the running for re-election. 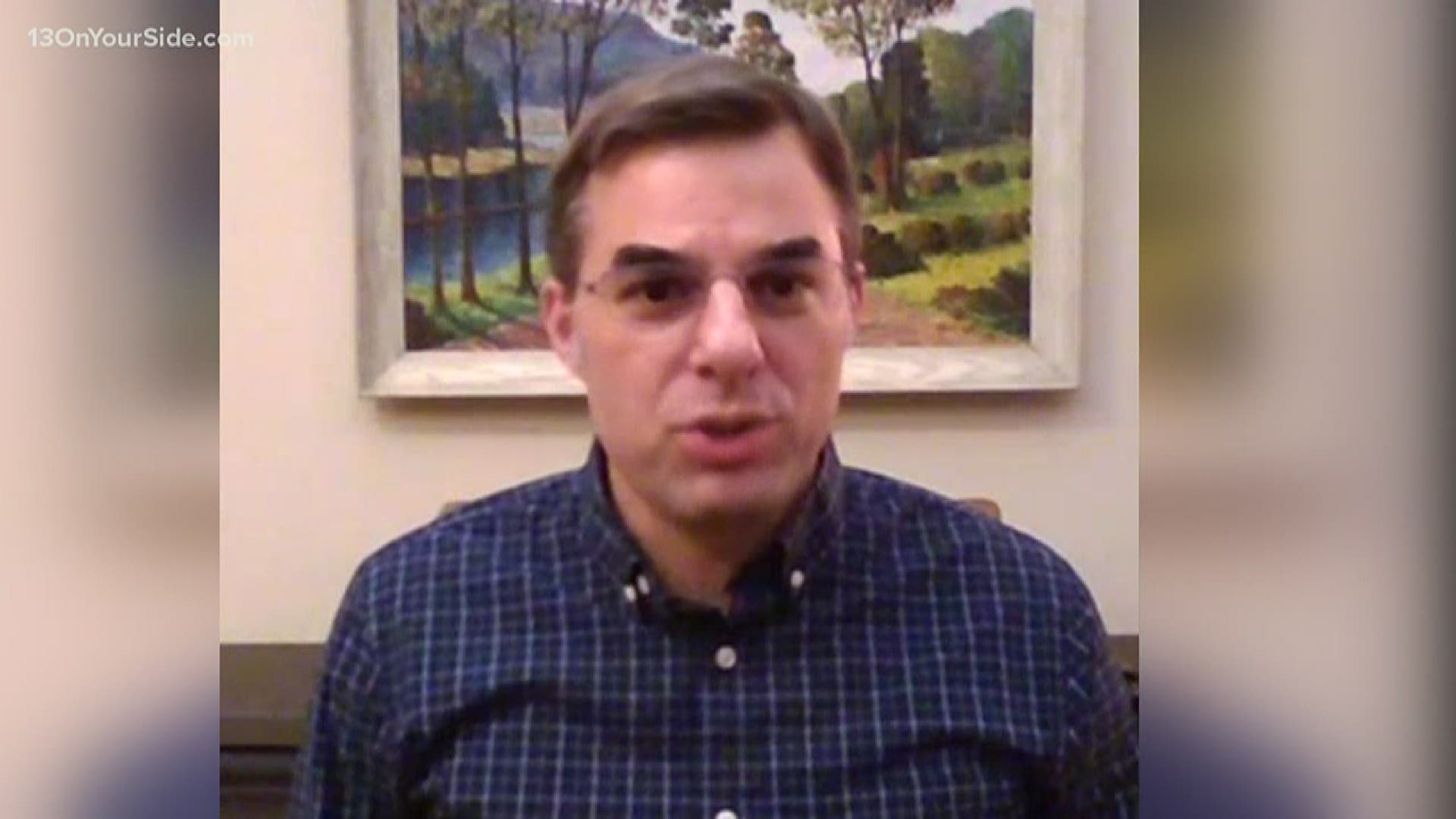