The Democrat is focusing on her faith in her first television campaign ad. 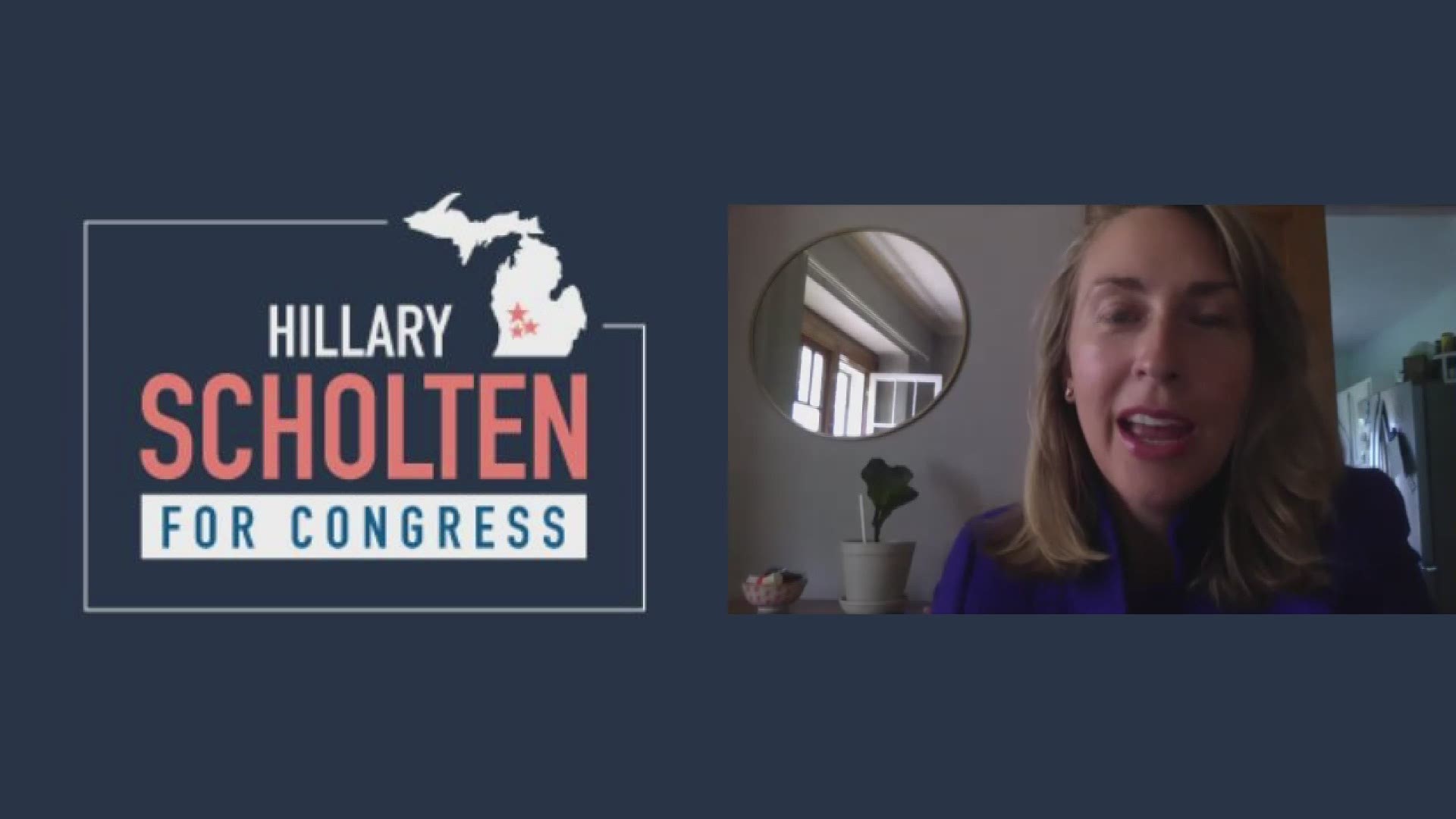 Scholten, a Grand Rapids civil rights attorney and former Department of Justice official, focuses on her faith in the ad, an atypical move for a Democratic candidate.

"These days, with church online, it is a lot harder to get them in their Sunday best. I'm Hillary Scholten. I also learned that faith isn't just for Sundays," the ad says.

The first television ad for the Scholten campaign, it also talks about how faith led her to work at Mel Trotter Ministries. Scholten has emphasized that faith has shaped her political views, which is usually a stance Republican candidates emphasize. However, a recent Politico piece examines a collection of Evangelical Christians who are now running as Democrats, including Scholten.

"Growing up, we were always taught that faith without works is dead. Our faith should inform everything that we do," Scholten says. "And most importantly, our faith should move us to some of the most broken places in the world. I can't think of a more broken place than Washington DC. We need leaders who will put people before politics. And that's what my faith will lead me to do."

In November, Scholten will face Republican nominee Peter Meijer. They are both in the race to replace Amash, who has said he will not be seeking another term. The 3rd District has been represented by Amash for a decade.

Watch an interview with Scholten here: