“Joe and I are traveling all over this country and taking no vote for granted,” Dr. Jill Biden said.

Biden arrived at Kids’ Food Basket at around 10:35 a.m. Tuesday, where she met with Hillary Scholten, a Grand Rapids-based civil rights attorney and the Democratic candidate for Michigan’s 3rd Congressional District, which is currently held by Rep. Justin Amash.

At a sunny 61 degrees, Tuesday’s late-morning weather was perfect for the mostly outdoor event, which included a tour of Kids’ Food Basket’s 10-acre farm.

The large plot of land is filled with crops that help feed thousands of children across West Michigan each day. Currently, the nonprofit serves about 8,800 children across four Michigan counties.

“A program like this should be national,” Biden said. “It should be in every state to help kids learn about good, healthy meals and help all families with food insecurity. So really, I think what they’ve done here, they’ve done a wonderful job of helping this community.”

Kids’ Food Basket Farmer Jason Lundberg said the children’s involvement doesn’t stop at being served food. Rather, the organization involves those they serve throughout the whole production process. Kids taste-test the fruits and vegetables and help with menu decisions. Some also volunteer at the farm.

After taking a short tour of the farm and speaking with Lundberg and Kids’ Food Basket President and Founding CEO Bridget Whitney, Biden and Scholten made their way into the organization’s main facility, where thousands of sack-meals are put together every day. At the time, bags were being filled with food items like Goldfish Crackers, trail mix, bananas and farm-fresh produce.

“What Kids’ Food Basket is doing is truly meeting a crucial need at a crucial time in our district,” Scholten said. “So, it’s really an honor to be here today and get to learn more and think of ways that I can be supportive of a program like this and all the additional issues that drive food security as a representative of this district. We’re not fighting national political battles. We are about putting food on the table and addressing the issues that matter to families around the kitchen table every day.”

Around 11:40 a.m., the two women made their way back outside for a briefing with the press. Biden answered questions and made remarks emphasizing the need for community support in battling food insecurity. Multiple times, she highlighted a focus of the Biden campaign: to take no vote for granted.

“Joe and I are traveling all over this country and taking no vote for granted,” Biden said. “So, I wanted to come back to Michigan and talk to the voters. And then I had the opportunity to come here and see this amazing program because during the pandemic, as all of you well know, we have so much food insecurity. And I’ve seen this all across America and I just think this program is unbelievable.”

While Jill Biden campaigned for her husband’s presidential race, Scholten campaigned for a race of her own. Scholten is running for a congressional seat against Republican Peter Meijer, a veteran and the grandson of Frederik Meijer, founder of the grocery store chain by the same name.

On Sept. 14, Scholten received an endorsement from Joe Biden.

"From her work with homeless women and children to her time at the Department of Justice, Hillary has spent her career fighting for her community. I am proud to endorse Hillary and know that she will fight to ensure that every Michigan family has a fair shot at getting ahead," Biden's endorsement said.

Scholten has also picked up other big-name endorsements from Gov. Gretchen Whitmer and Sen. Elizabeth Warren.

“We are so honored to have received the endorsement of Vice President Biden. I think he is running at a time in our country when it is so important to restore civility, humanity, empathy to our nation leadership. Those are all the things that I am running for,” Scholten said at Tuesday’s event.

“We are in lockstep when it comes to the issues of delivering on health care, protecting our environment, especially clean water here in Michigan, and making sure we are rebuilding our economy in the wake of COVID-19 in a way that works for everyone, not just the wealthy and well connected.”

After leaving Grand Rapids, Biden also made a stop in Battle Creek where she met with veterans and was joined by Gov. Gretchen Whitmer. 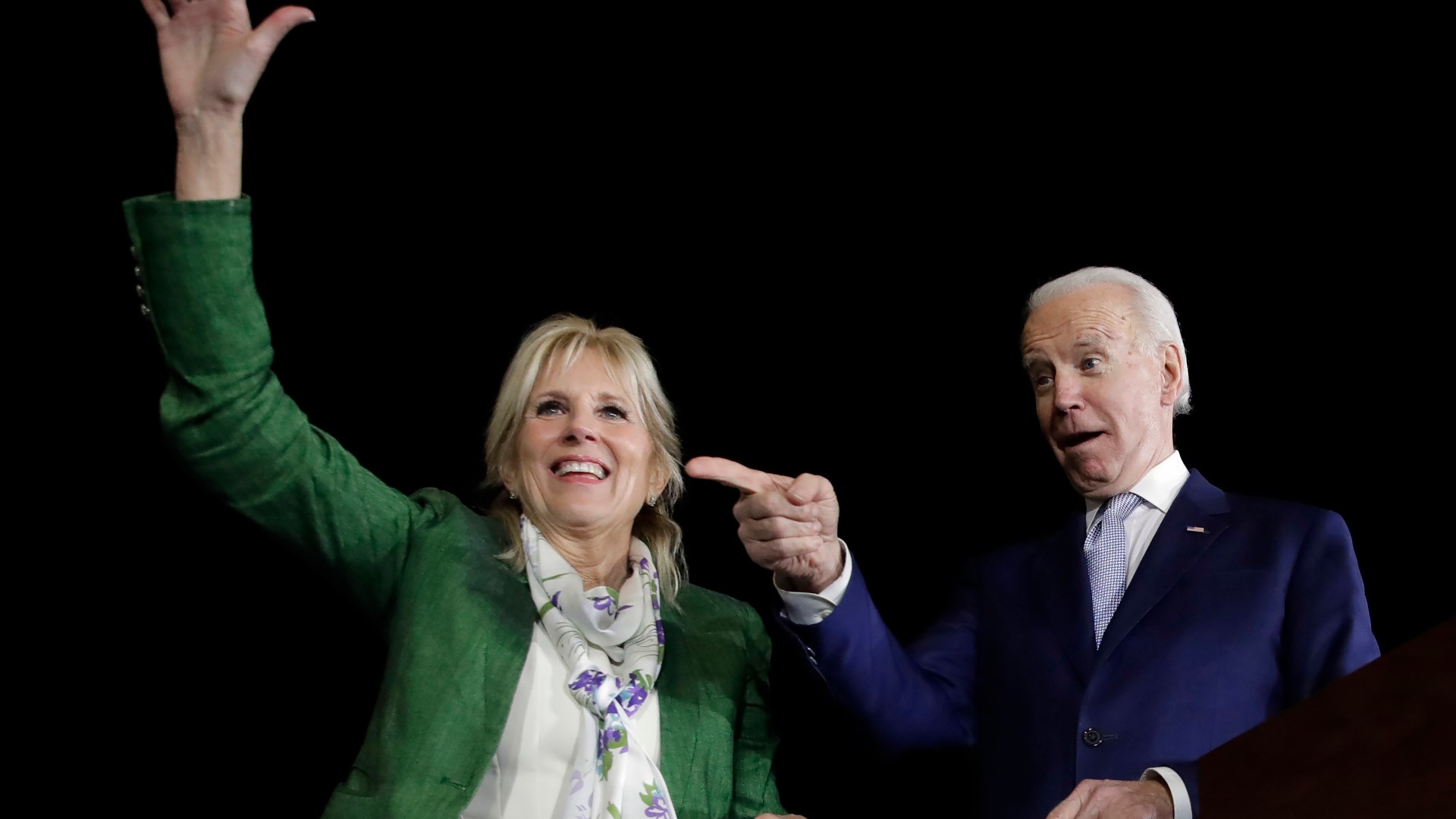