The Republican's campaign says they are one point behind the Democratic senator.

Credit: AP
FILE - In this combination of 2018 and 2019 file photos are, from left, Democratic U.S. Sen. Gary Peters, D-Mich., and Republican U.S. Senate candidate John James. James raised more than $3 million in the last quarter, at least $500,000 more than Peters. A group launched a 2020 ballot initiative Tuesday, Jan. 7, 2020, to expand Michigan's civil rights law to include anti-discrimination protections for LGBTQ people, a step that would put the issue to voters if the Republican-led Legislature does not pass the measure. (AP Photos, File)
Author: Nick LaFave
Published: 1:54 PM EDT September 4, 2020

GRAND RAPIDS, Mich. — The race for U.S. Senate in Michigan is a tie, according to an internal campaign poll by challenger Republican John James. On Friday, the campaign released the results of that poll by Dave Sackett from Tarrance Group, a Republican strategic and polling firm. It shows Peters (D) with 47% support, James (R) with 46% support, 3% going to other candidates, and 4% undecided.

A release from the James campaign says he is just outside of the margin of error. But, it doesn't say what that margin of error is. Nor does it provide details of questions asked, or any detailed methodology. The release does say it was a poll of 569 registered voters, conducted from Sept. 1-3. When asked if the campaign would be making more details of the poll public, they said no.

James campaign spokesperson Abby Walls said in a release, "With four ads up on the airwaves in the same week and clinging to increasingly ludicrous accusations, it is crystal clear that Democrats are seeing the same trends we are — This race is tied and John James is gaining speed, while Gary Peters and his motorcycle tour are stuck in first gear."

The Michigan senate race is generally considered the Republicans' second-best opportunity to pick up a seat, behind Alabama, where Sen. Doug Jones (D) was elected in a special election, but faces very long odds against former college football coach, Tommy Tubberville. Real Clear Politics currently rates the Peters-James race a TOSS UP, giving Peters a 4.7 point lead. The Cook Political Report has the race LEANING DEMOCRAT.

FiveThirtyEight grades the quality of the poll as B/C.

Peters is a one-term incumbent, seeking his first re-election. James is a military veteran and business owner who previously ran for U.S. Senate in 2018, but lost to Sen. Debbie Stabenow (D).

Peters campaign Communications Director Vanessa Valdivia responded with this following statement: "While Gary Peters has traveled across the state to talk directly with Michiganders about his bipartisan record, John James continues to avoid the tough questions, refusing to answer why he failed to keep his promise as he took nearly two million dollars in Michigan tax breaks while his business cut workers’ jobs."

Valdivia also pointed to another recent poll from Democrat-leaning Public Policy Polling which shows Peters with an 8 point lead. 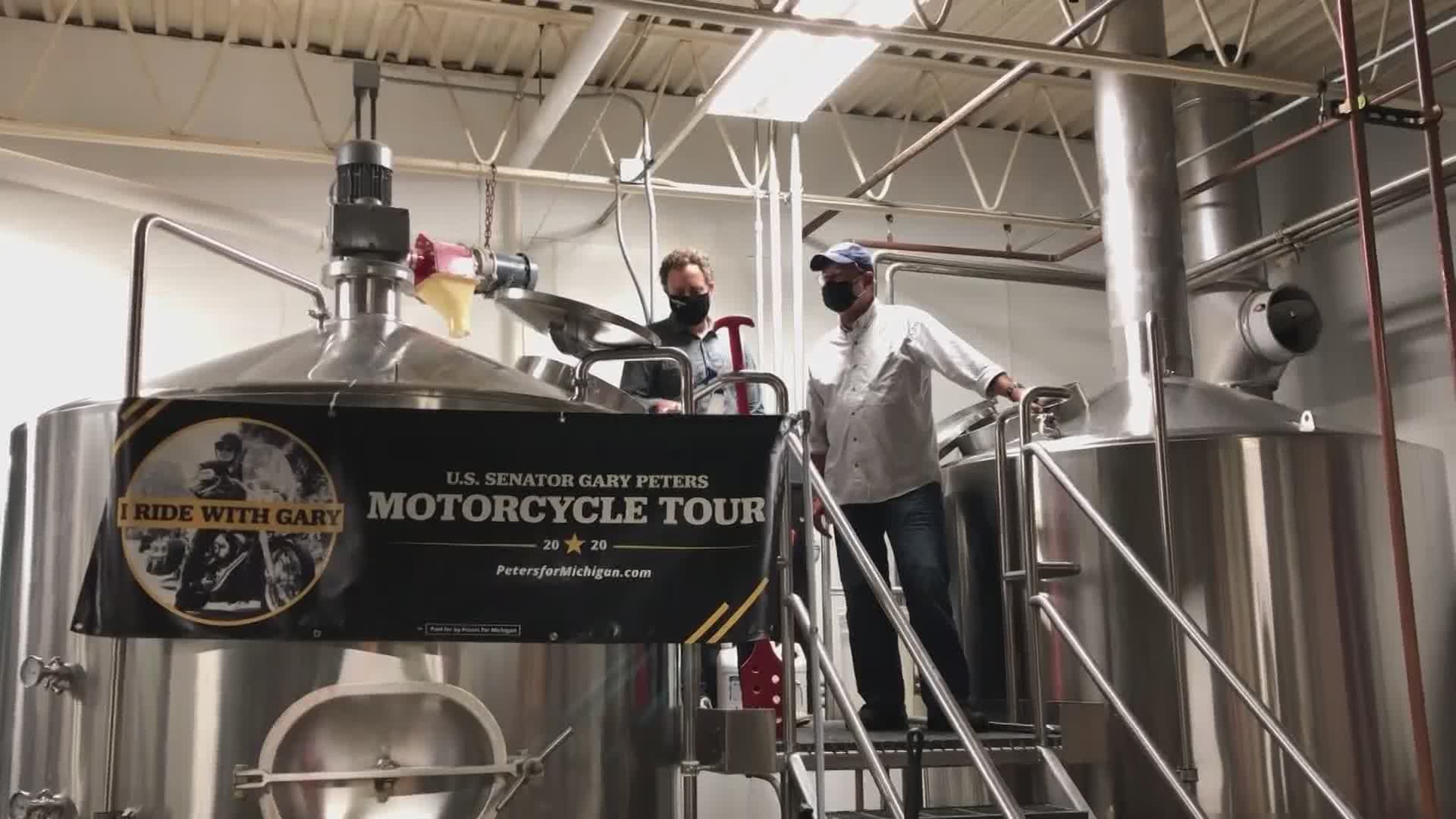