Kevin McCarthy, a leader in the Republican Party, is endorsing Peter Meijer's run for the U.S. House of Representatives.

Meijer, 32, the great grandson of Hendrik Meijer— the founder of the Meijer grocery store chain, is running as Republican for Michigan's 3rd Congressional District, which is currently represented by Rep. Justin Amash (I-Grand Rapids).

McCarthy served as the House Majority leader from 2014 to 2019. He said this in a statement:

"Peter Meijer's life has been defined by his service to America and his community. Whether serving in the United States Army in Iraq, as a conflict analyst in Afghanistan, leading veteran disaster response teams, or as an advocate for his fellow veterans, Peter Meijer has always stepped up to serve. Peter brings a dynamic skill set to the table which will help us not only fight for the conservative principles we share, but turn them into law. He will make a great Representative for West Michigan, and I am proud to support his campaign."

Meijer is an Iraq War veteran who has also served in disaster response missions. He has also been endorsed by the DeVos family who shifted their support after Amash, a constant critic of President Donald Trump, called for an impeachment investigation last year.

Hillary Scholten, a Grand Rapids-based immigration attorney and former Department of Justice official, is the sole Democrat in the race so far.

Amash, who is exploring the idea of running for president as a Libertarian, said he is not officially out of the running for Congress. 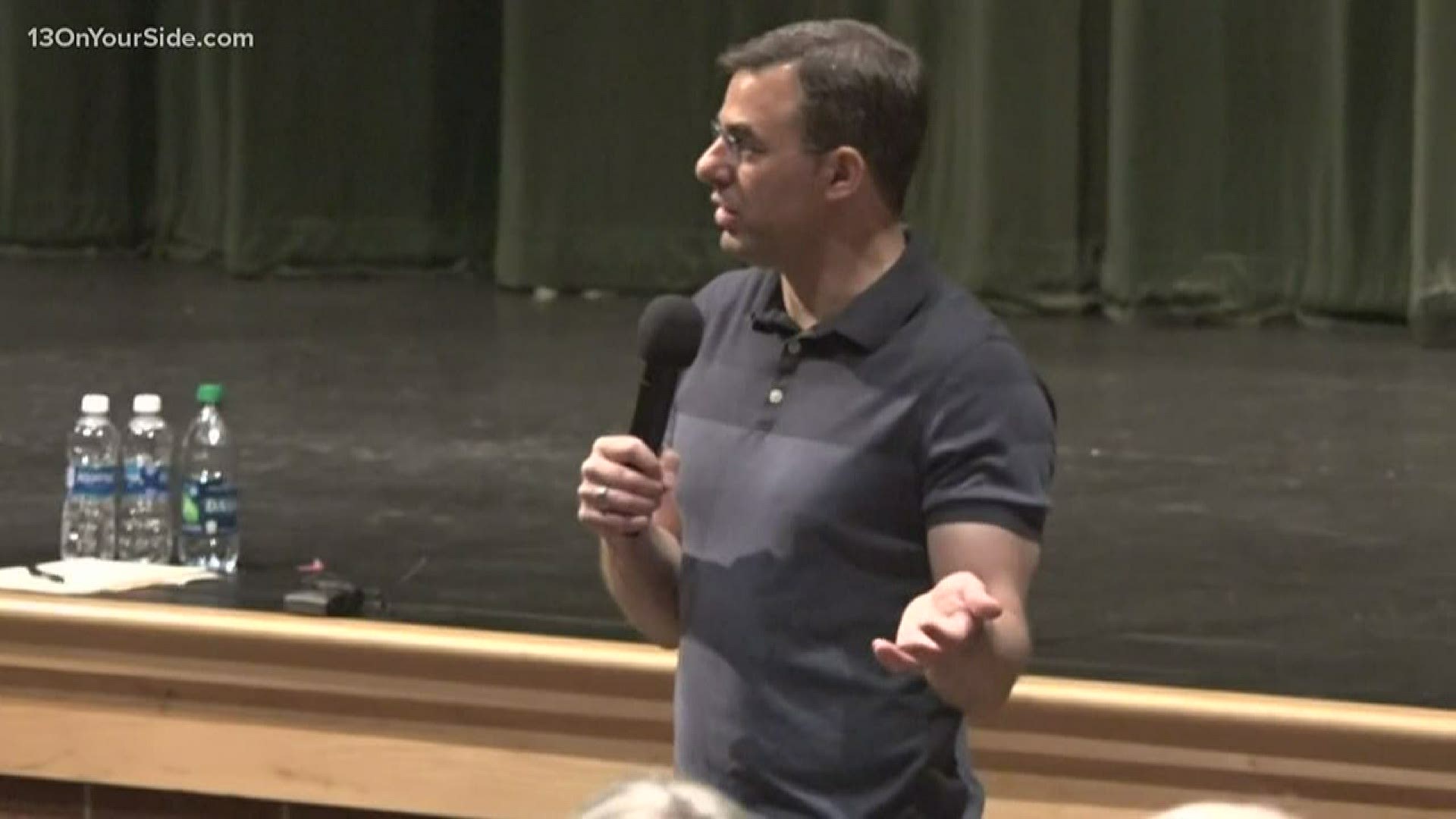