Without the backing of a major party, U.S. Rep. Justin Amash's campaign outraised his competitors in 2019. 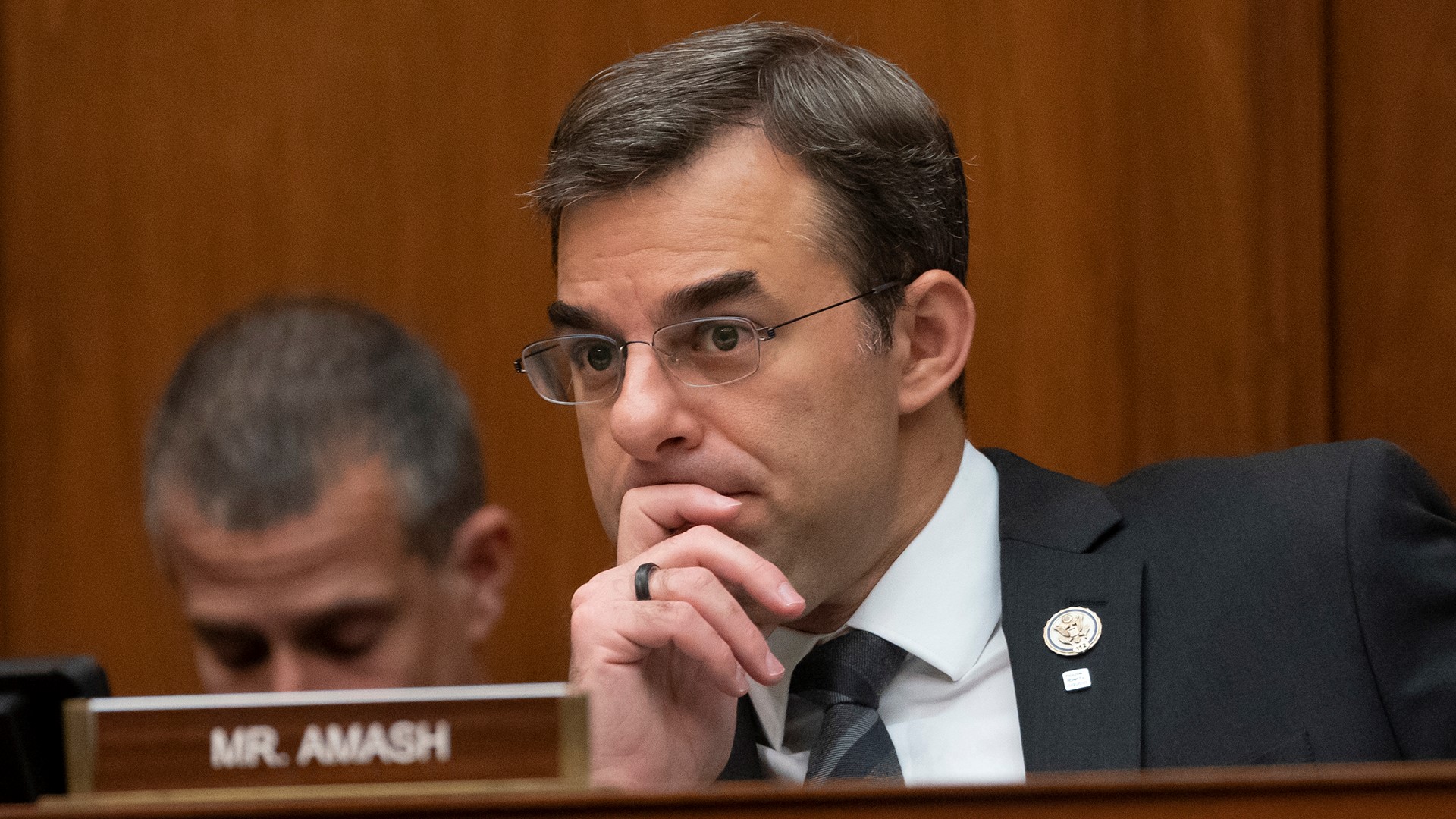 As U.S. Rep. Justin Amash, an independent from Grand Rapids, started to pivot away from the Republican Party last spring, congressional hopefuls saw an opportunity to enter the race for Michigan’s 3rd district.

There are now a dozen people in the race—seven Republicans, four Democrats and one Independent. Friday, they all filed their 2019 campaign finance reports, which show Amash outraised his competitors, despite running outside of a major party for the first time in his career.

Last year, the incumbent congressman raised over $1 million and he has $722,000 cash on hand as of Dec. 31. This is the second highest total Amash has raised during his decade in Congress. When he burst on the scene in 2010 with a wave of Tea Party candidates, Amash’s campaign raised over $1 million in one year. However, this is his first election without the financial backing of a major party and notably the DeVos family.

At the end of the third quarter, Amash was falling behind other candidates in fundraising, but an apparent last quarter push for donations raked in $595,000, according to the Detroit Free Press.

Trailing Amash is Peter Meijer, grandson of grocery store magnate Fred Meijer, who joined the race as a Republican in July. Meijer’s campaign showed a total of over $723,000 with $557,000 cash on hand at the end of 2019. Meijer loaned his campaign $175,000.

Meijer, who arguably has the most name recognition among the candidates, also bought an ad to boost his profile, which will run in Grand Rapids during the Super Bowl Sunday night.

Behind Meijer is Joel Langlois, a Grand Rapids businessman who is the president of the DeltaPlex Arena. Langlois, running as a Republican, raised $459,000 and has $333,000 cash on hand. He loaned his campaign $400,000 and collected nearly $60,000 in donations, receipts show.

The top financed Democrat in the race is Hillary Scholten. Her campaign reported $361,000 with $207,000 cash on hand. Scholten, an immigration lawyer who served in the Justice Department during President Barack Obama's administration, fundraised mostly through individual donors from Michigan. Scholten is followed by Nick Colvin, a former Obama staffer, who raised $347,000 and has $60,000 cash on hand.

RELATED: Amash is 'fed up with this system' | Watch a 1-on-1 interview now that he has left the GOP

While money isn’t a guaranteed path to victory, this congressional race has a lot up in the air. Primarily, the district has never elected an Independent, and it hasn’t elected a Democrat since 1991.

Amash has certainly raised his national profile in recent months, being the first then-Republican to call for impeachment proceedings and being a strong voice in the U.S. House of Representatives during the impeachment of President Donald Trump. But, it has yet to be seen if his national influence will convince voters in his home district.

The 3rd district is politically purple, having elected in Republicans and Democrats in recent years. The last election in 2018, about two-thirds of the voters came from Kent County, which voted for Democratic Gov. Gretchen Whitmer, Democratic Sen. Debbie Stabenow and Republican candidate for attorney general Tom Leonard.

Going back to the 2016 election, Kent County voted for Republican President Donald Trump. Hilary Clinton lost the county to Trump by about 3% of votes.