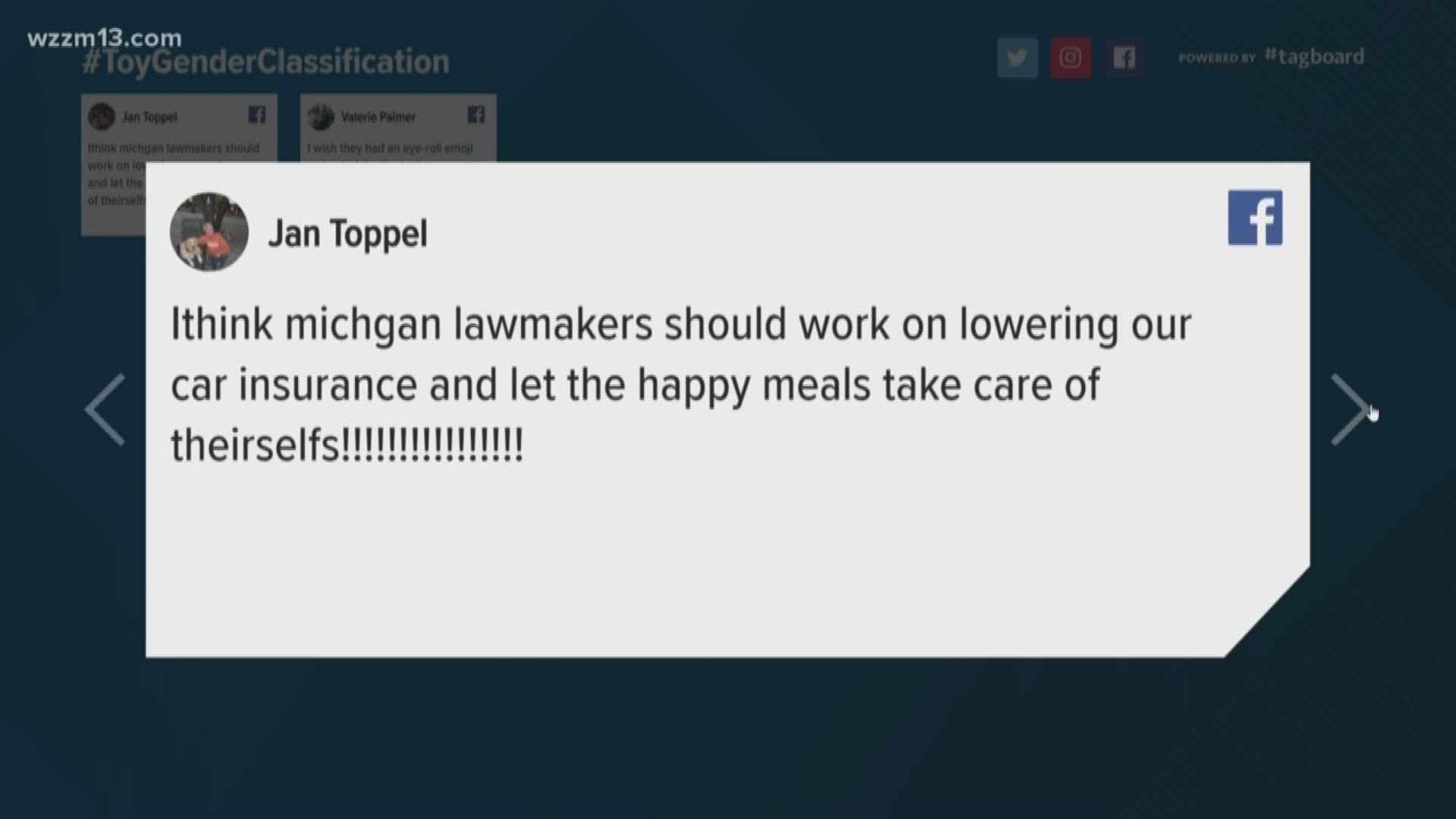 More than a dozen Michigan lawmakers say no.

State Rep. Leslie Love, D-Detroit, is the primary sponsor. The resolution has 14 co-sponsors.

“Often, the designated ‘boy toys’ are action figures or building toys; typically in primary colors, whereas ‘girl toys’ are often stuffed animals and are usually in a pastel color scheme,’’ the resolution states.

“This is a significant issue as billions of these meals are sold every year and this practice can influence and limit children’s imaginations and interests by promoting some toys as only suitable for girls and others only for boys.’’

Love also asks that copies of the resolution be sent to the CEO of the boards of directors of major fast food chains in Michigan.

“Customers should simply be offered the choice of toy. Example: Would you like a Transformer or a My Little Pony,’’ the resolution states.

The movement gained traction in 2008 when a Connecticut girl questioned a policy at McDonald’s restaurants where kids were given toys with their meals based on gender. She described being asked if she wanted a "girl toy" or a "boy toy" with her Happy Meal.

The broader movement is not limited to toys. Department stores are being called on the carpet for having pink and blue walls in toy aisles, because the walls "immediately insinuate that there are ‘boy toys’ and ‘girl toys,’’’ according to the Change.org website.

“It has been proven that not only is this bad for our childrens’ self-esteem and intellectual prowess, but also contributes to bullying and ostracism,’’ the Change.org website states.