Republican lawmakers introduced a House bill on Thursday that would eliminate this week’s ban on flavored e-cigarettes, with one calling the ban “stupid policy.’’ 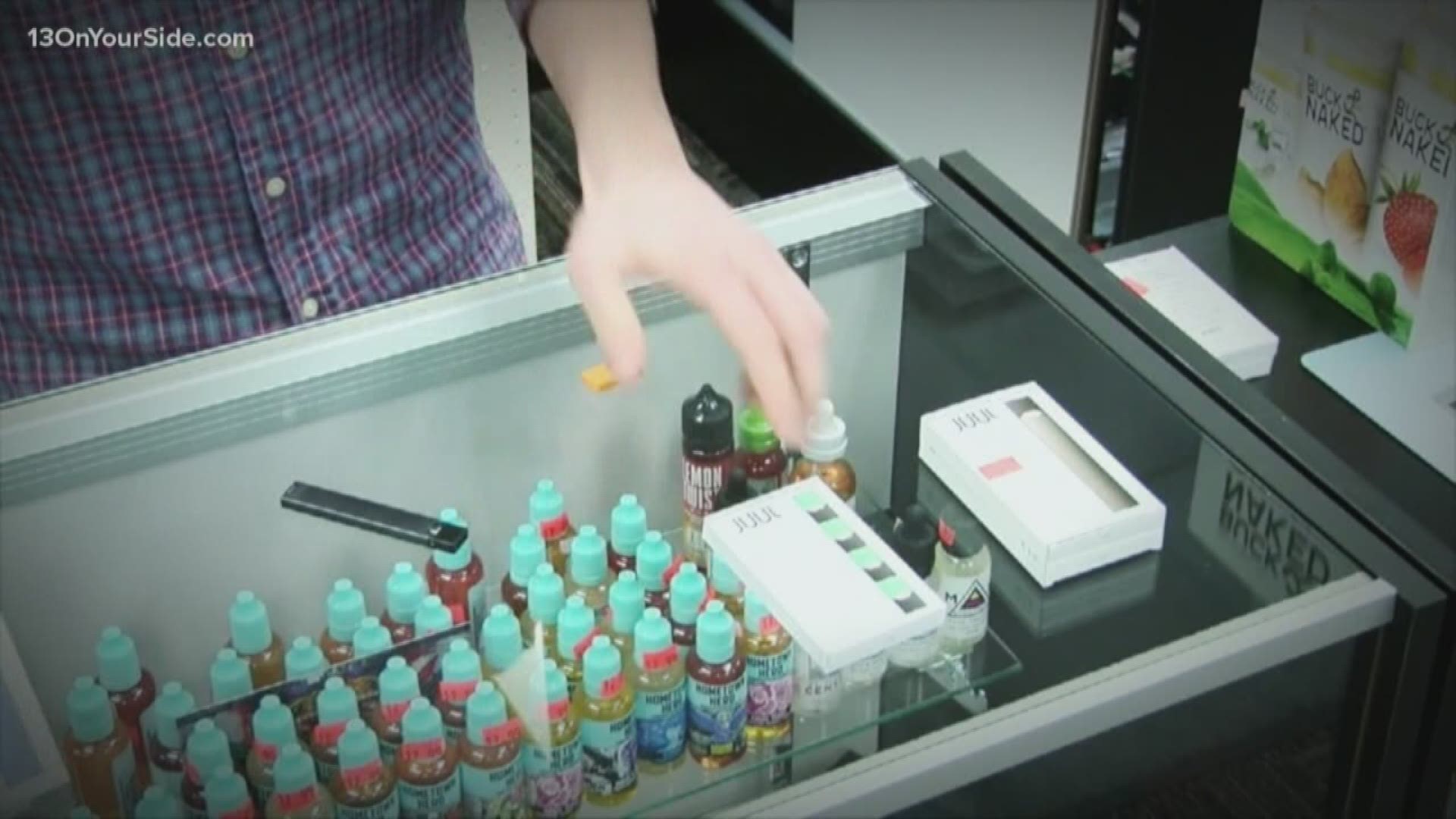 LANSING, Mich. - A group of lawmakers on Thursday introduced legislation that would undo a prohibition on the sale of flavored nicotine vaping products in Michigan.

The Republican-sponsored bill takes direct aim at Gov. Gretchen Whitmer’s ban on the sale of flavored e-cigarettes, which went into effect this week.

State Rep. Beau LaFave said the House bill is intended to eliminate the governor’s ability to ban e-cigarettes without consent of lawmakers.

“The majority of adults who use e-cigarettes vape a flavor other than tobacco,’’ LaFave said in a news release. “This ban is an overreach that will potentially make criminals out of adults who are trying to use a safer alternative to kick the habit of traditional tobacco cigarettes.’’

On Wednesday, the Michigan Department of Health and Human Services said the ban was effective immediately. Retailers were given two weeks to comply.

House Bill 4996, introduced on Thursday, has eight co-sponsors. “The department shall not promulgate or enforce a rule that bans the sale, manufacturing or use of a vapor product,’’ the three-page bill states.

Vapor products made in Michigan would not be subject to federal regulation “and are instead subject to this state’s sovereign authority,’’ the bill states.

Whitmer, a Democrat, gained national attention earlier this month when she announced that Michigan would ban flavored vaping products. She accused companies of using candy flavors and deceptive advertising to appeal to school-aged kids.

Whitmer in June signed a law that prohibits retailers from selling vape products to anyone under the age of 18.