Organizers say they want to create a traffic jam in Lansing. 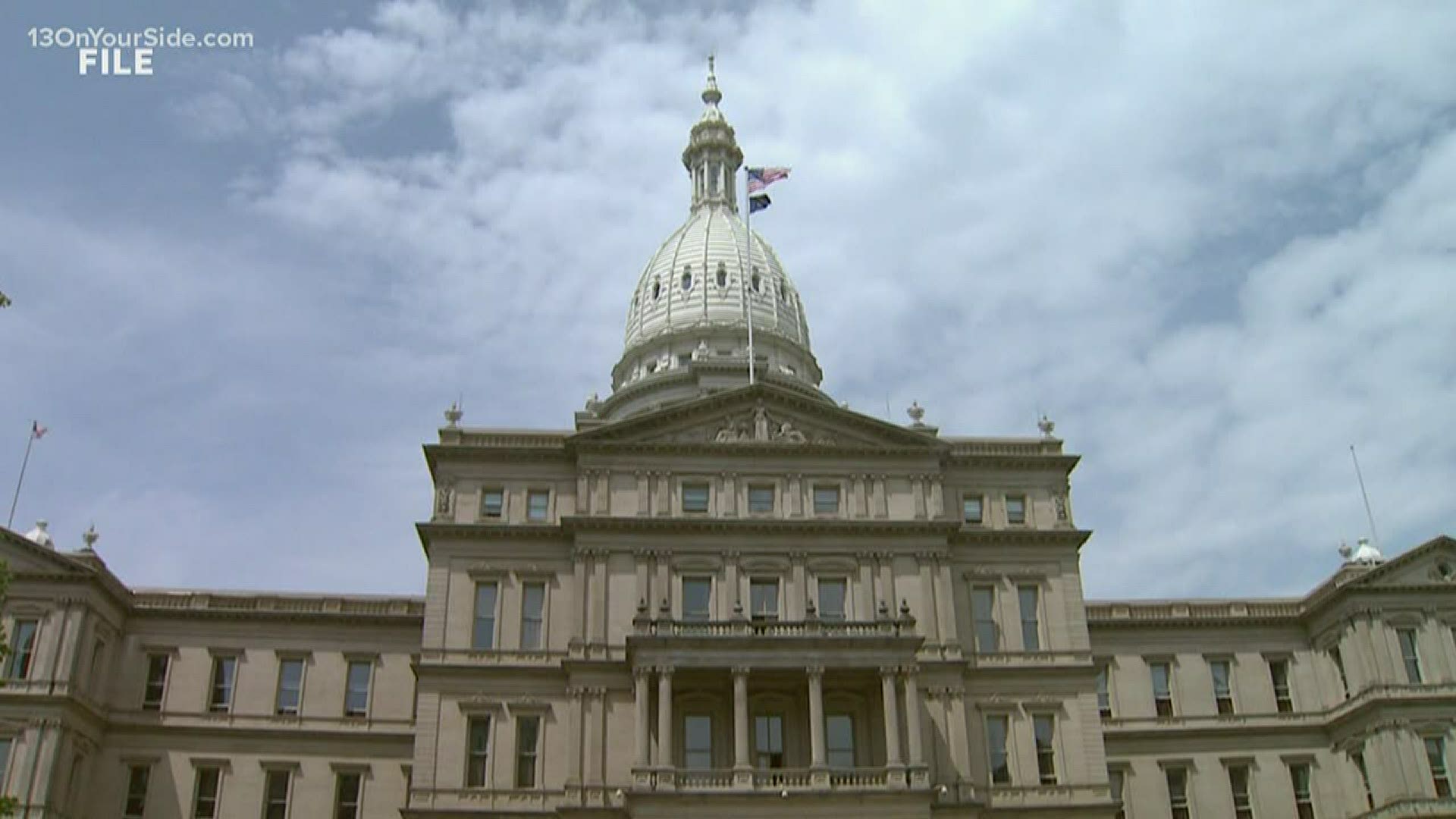 LANSING, Mich. — It's called Operation Gridlock. A protest that has been organized for Wednesday to show disagreement with Gov. Gretchen Whitmer's recent orders during the COVID-19 pandemic in Michigan.

The main order people are taking issue with is the extension of the stay at home order and what businesses are considered essential and non-essential. On Thursday, April 9, Whitmer extended that order through the end of the month and also introduced new restrictions on garden centers and stores selling furniture and paint.

The protest will take place noon on Wednesday and participants are asked to stay in their cars, drive to Lansing and circle the Michigan Capitol building.

Organizers say they want to create a traffic jam in Lansing.

"Come prepared for a traffic jam in Lansing! We WANT gridlock," the group explains on Facebook.

As of Wednesday over 4,600 people have said they are going and 17,000 are interested. The Facebook event lists its organizers as the Michigan Conservative Coalition and the Michigan Freedom Fund.

Whitmer spoke about the protest in a press conference Monday, April 13.

"I'm always going to defend your right to free speech," Whitmer said. "I support people's right to demonstrate and to use their voice."

She also questioned the political underpinnings of the protest.

"This group is funded in large part by the DeVos family. And I think it's really inappropriate for a sitting member of the United States president's cabinet to be waging political attacks on on any governor, but obviously, on me here at home," Whitmer said Monday, referring to Betsy DeVos, the secretary of the U.S. Department of Education. "I think that they should disavow and encourage people to stay home and be safe."

According to the Detroit Free Press, the Michigan Freedom Fund is a Lansing-based organization that advocates for conservative policies and has strong ties to the DeVos family. And while Betsy DeVos hasn't contributed since being a member of Trump's cabinet, members of her family, including her husband Dick DeVos, have continued to make many political contributions.

The Michigan Freedom Fund posted a statement on their Twitter Monday evening, saying Whitmer's claim is "bizarre" and "false."

The DeVos family also shared a statement, in response to Whitmer's comments, saying the family hasn't spent any money on the protest.

“Contrary to the Governor’s statements, the DeVos family hasn’t spent a dime on this protest nor has it offered prior support to the organizing entity. They understand the frustration of fellow Michiganders however, as elements of the governor’s top-down approach appear to go beyond public safety. Michigan deserves competent governance – not baseless attacks.”

Whitmer said she understands why people are upset but wants to reassure people she is doing what she is doing to save lives.

"The stress of not being to work or the confusion of just trying to figure out why you can buy a lottery ticket and not seeds. I get it. It's tough." she said. "I can tell you as your governor, I'd much rather be working on fixing the damn roads."

Have a news tip? Email news@13onyourside.com,