The absent voter application mailings in Michigan have sparked the ire of President Donald Trump, who contends it is a recipe for fraud. 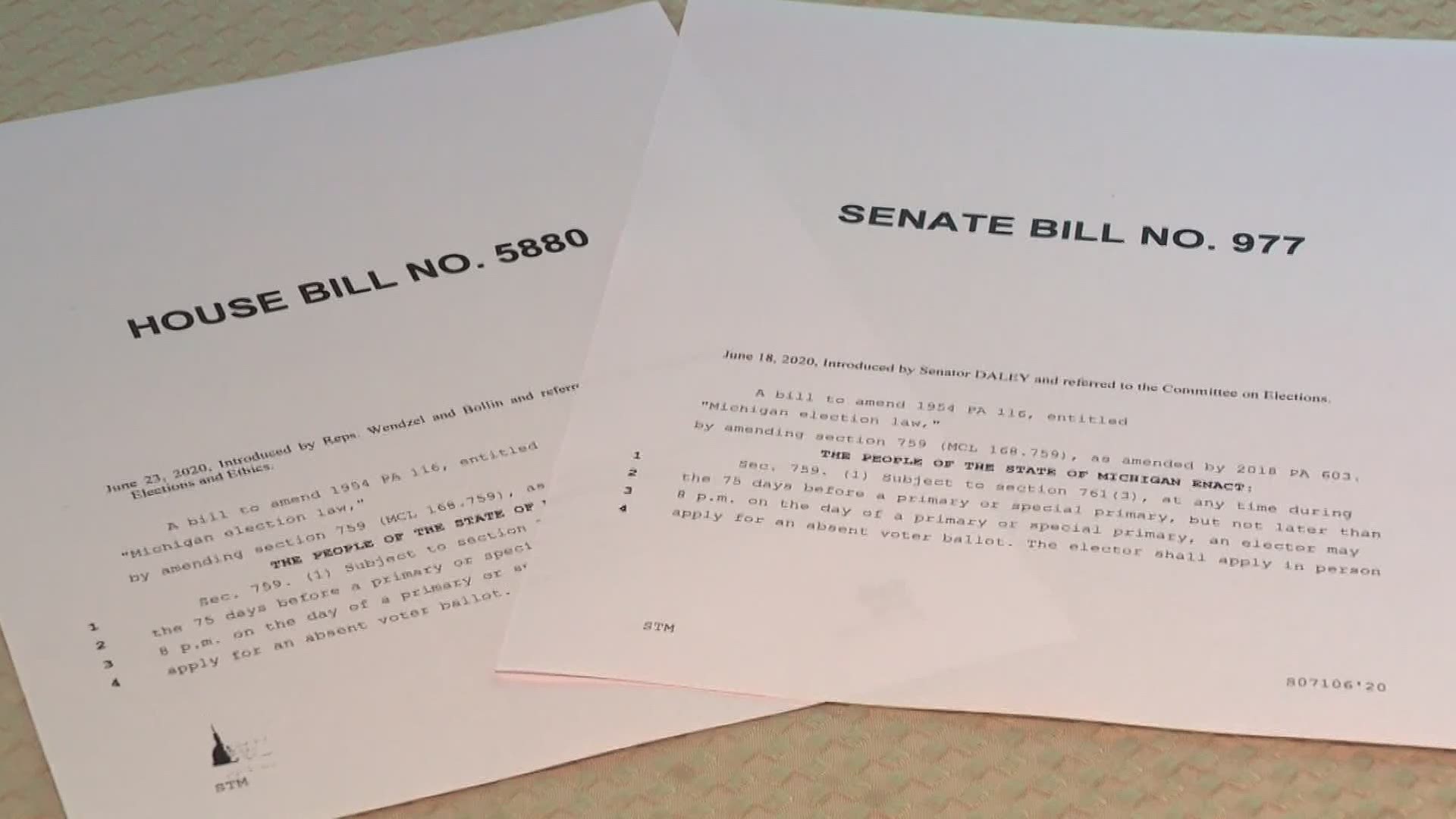 LANSING, Mich. — The state Senate has approved a bill that will toughen penalties for those who try to commit election fraud using the millions of absent voter application forms that were recently mailed to Michigan households.

Thursday’s action comes the same day Michigan Secretary of State Jocelyn Benson announced that absentee ballots are now being mailed to voters who requested them.

The Senate bill, introduced by Sen. Kevin Daley, increases the penalty for election fraud from a misdemeanor to a five-year felony.

“There’s a lot of concern about election integrity within our system right now,’’ Daley, R-Lum, said.

In May, Benson, a Democrat, announced she would spend federal coronavirus dollars to mail absentee ballot applications to each of Michigan’s 7.7 million registered voters.

That raised concerns from republican lawmakers in the House and Senate.

“Our secretary of state chose to spend $4.5 million of taxpayer money on a mailing that is ripe for fraud and for problems,’’ Rep. Lynn Afendoulis said. “Many people in my district have gotten applications for absentee ballots for people who are dead.’’

Benson said absentee ballots are only going to people who requested them. Clerks across the state on June 25 began mailing them for the Aug. 4 primary.

Benson said letting people vote by absentee ballot is important amid the coronavirus pandemic, which has led to nearly 5,900 deaths in Michigan, according to state data.

Evidence of mail-in voter fraud is “infinitesimal in Michigan,'' she testified in a Congressional hearing held remotely in early June.

“No one should be forced to choose between their health and their right to vote, and in Michigan, no one has to,’’ Benson said in June 25 news release.

The absent voter application mailings have sparked the ire of President Donald Trump, who contends it is a recipe for fraud. And he is not alone.

Kent County Commissioner Tom Antor earlier this month helped organize a rally outside the Delta Plex Arena in Walker, where unsolicited absentee ballot applications were burned in a bonfire.

He called the mass-mailing of unsolicited ballot applications “illegal election tactics that promote a complete lack of transparency and accountability.’’

State Sen. Peter MacGregor says about one-in-four voter fraud cases prosecuted in Michigan between 2000 and 2012 were related to absentee ballots, “making it the most prevalent form of election fraud.’’

“Sure, there’s single mistakes here and there. But at times, there’s rampant voter fraud and we need to be proactive on this because of the number of absentee ballots being issued,’’ said MacGregor, R-Rockford.

Daley, of Lapeer County, says his bill has bipartisan support.

Offenders currently face a misdemeanor. Under Daley’s bill, those convicted would face up to five years in prison. A similar bill was introduced in the House.

“If you get a crooked person involved, there’s that possibility,’’ he said. “We want to stop that.’’

Daley says his bill will now go to the state House for consideration. Support by Gov. Gretchen Whitmer, he said, is unknown.

“It’s hard to tell whether the governor will sign it or not,’’ he said. 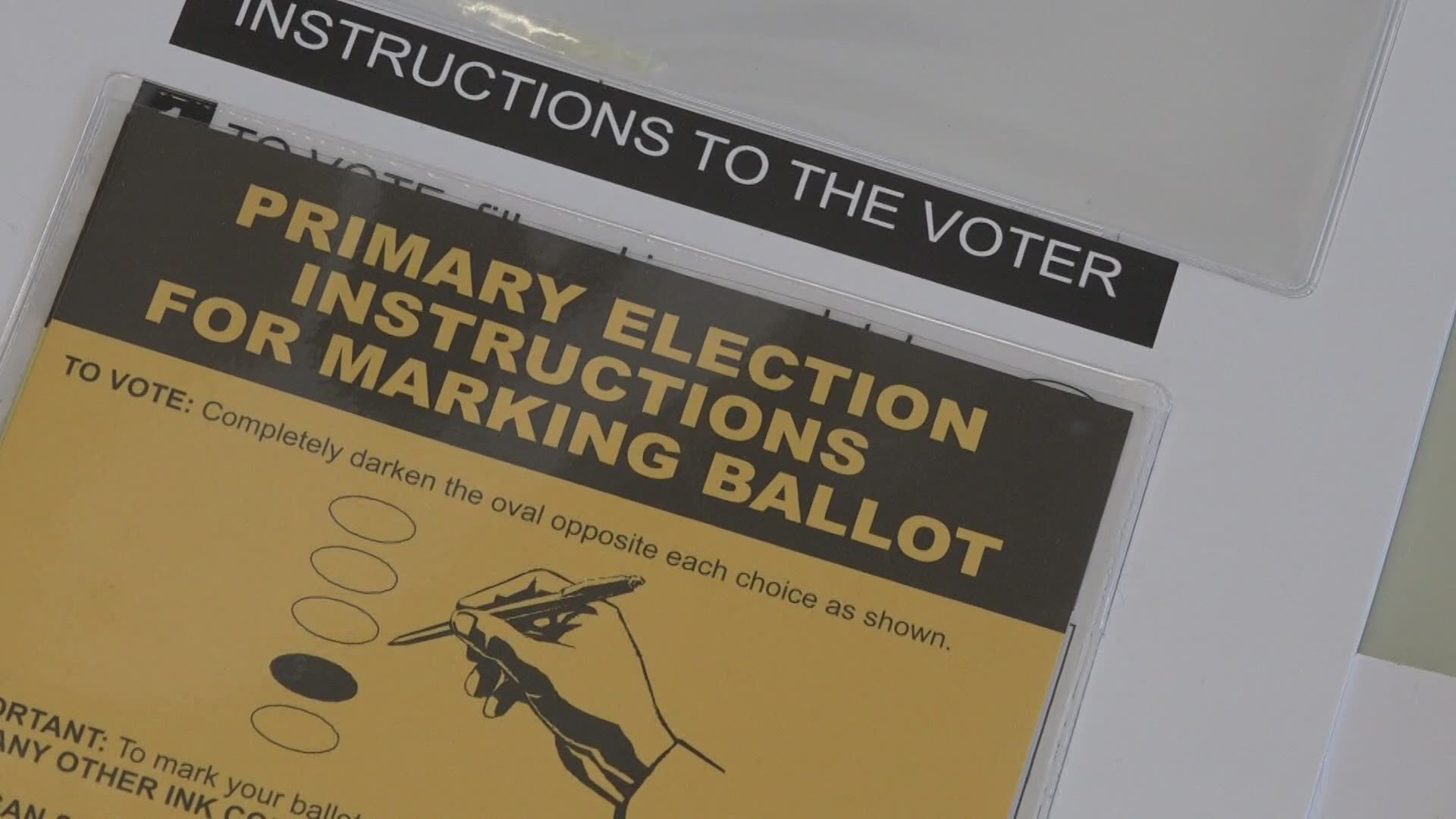