The legislation was introduced after Brann's Steakhouse was issued a letter from the city of Grand Rapids calling for the removal of signs honoring police officers and military personnel. 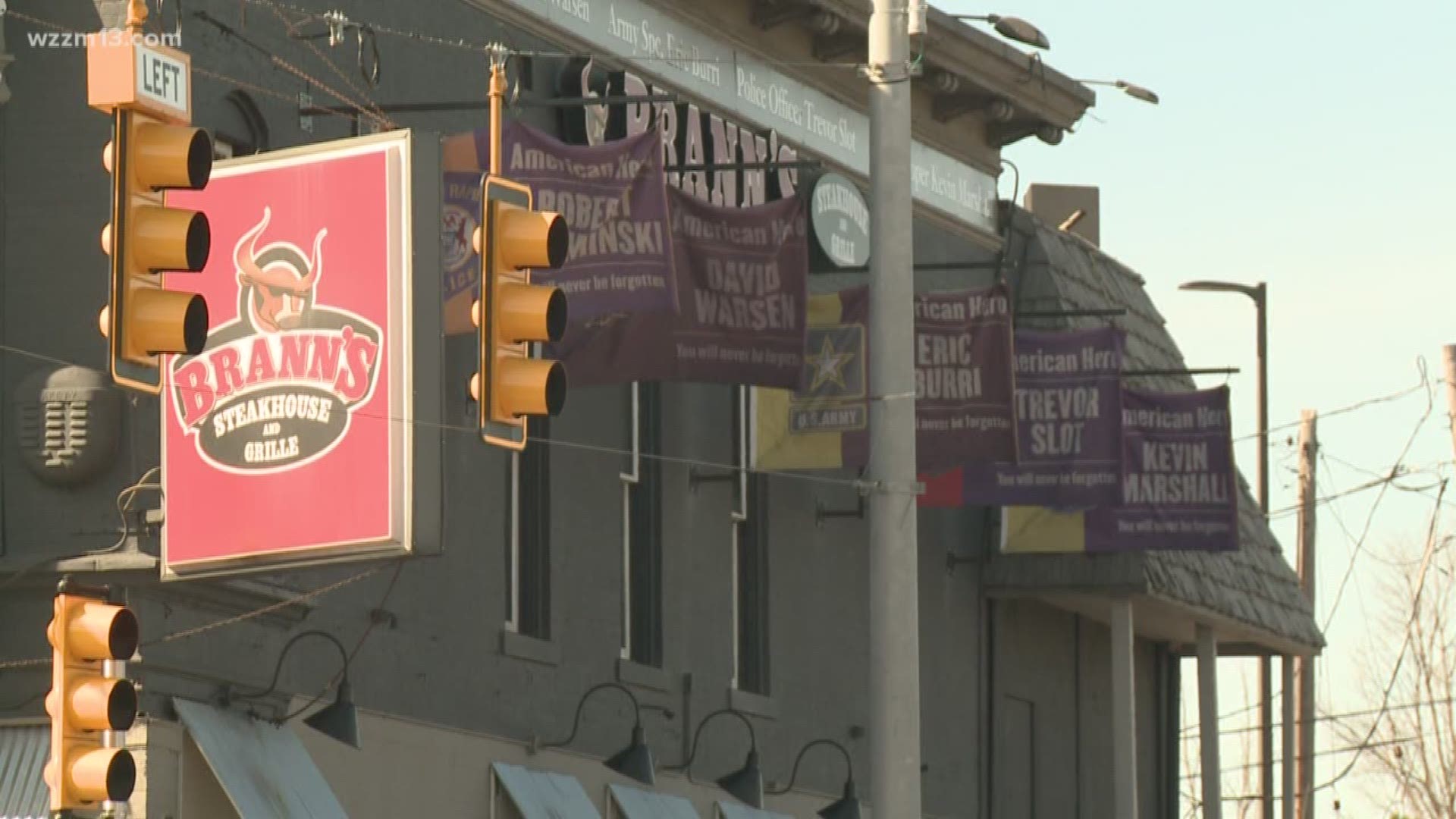 LANSING - Legislation has been introduced that would allow businesses to display signs honoring police officers and soldiers who die in the line of duty.

House Bill 6063 comes on the heels of a controversy surrounding flags and banners displayed outside Brann's Steakhouse on Leonard Street NW in Grand Rapids.

Restaurant owner Johnny Brann has flags and a sign honoring fallen police officers and military personnel decorating the exterior of his steakhouse, which sits in the shadow of U.S. 131 north of downtown Grand Rapids.

City leaders say the display is in violation of zoning ordinances. Brann needs a sign variance to keep the displays in place, but the appeals process costs more than $1,300.

Brann says he believes there should be an exception based on the content of his flags. Others agree.

The bill introduced by Rep. Jason Wentworth, R-Clare, says a zoning ordinance shall not regulate or prohibit a commemorative sign located on or within a building.

It specifically addresses a sign commemorating police officers, firefighters, medical first responders and members of the U.S. Armed Forces who die in the line of duty.

It has been referred to the Committee on Military and Veterans Affairs.